Indiana’s “do-everything” forward completed 16 seasons in the WNBA, stepping away from her future-hall-of-fame-career following the 2016 season. Her naming as recipient of the very first ESPN Humanitarian Award in 2015 and a 14-year run of community service by her Catch The Stars Foundation are testament to her work off the court, however – more impactful than her MVP career on the court.  Read More >

Since her playing retirement, she serves as director of player programs and franchise development with Pacers Sports & Entertainment, a post that keeps her engaged working with all three Pacers franchises: the Indiana Pacers, Indiana Fever and Ft. Wayne Mad Ants. She operates the cozy Tea’s Me Café on the north side of downtown Indianapolis, and continues her service as an ambassador with the NBA and WNBA. She serves on a developmental committee with USA Basketball. She also serves as an SEC ESPN Women’s Basketball Analyst.

In March 2016, Catchings released an autobiographical story, Catch A Star: Shining through Adversity to Become a Champion sharing her story of overcoming hearing loss, separation from family, high expectations and the pain of debilitating physical injuries. She reached for the stars with hard work, perseverance and her faith in God.

The first man or woman in recorded basketball history to record a quintuple-double (Duncanville High School in 1997), Catchings’ leadership, tenacity and all-around skills led the Indiana Fever to becoming one of the WNBA’s elite franchises. The Fever reached the playoffs 13 times in Catchings’ 15 active seasons, including a WNBA-record run of 12-in-a-row from 2005-16. The Fever reached the conference finals eight times, including five straight seasons. The Fever won a WNBA championship in 2012 and came within one game of two more championships in five-game WNBA Finals appearances in 2009 and 2015. Catchings played in every playoff game in Fever history through the time of her retirement.

Catchings was the WNBA’s only player ever to spend an entire career of 16 or more seasons with the same franchise. Read Less ^

TEDx: How I Used My Voice to Impact Millions & Win Gold Medals

Tamika Catchings on Growing Up Deaf

Catch A Star: Shining Through Adversity to Become a Champion

"Tamika did a phenomenal job! Tamika came early, was so approachable, and even after her speech, she spent time answering students’ individual questions and taking selfies. She was a huge draw and the attendance was quite huge for an event such as this. Her speech was very inspirational and I know made a difference for not only our student athletes but for our other students as well. Thanks so much for working with us on this event! She really highlighted Title IX and helped make our celebration of the 50 year anniversary a huge success!"

Catch a Star: Shining through Adversity to Become a Champion 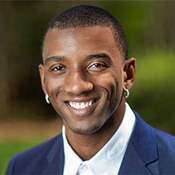 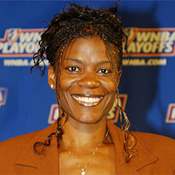 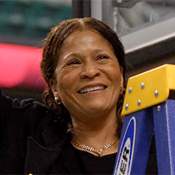 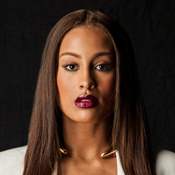