Tiffany Shlain's inspirational keynotes bring her one-of-a-kind messages to life with dynamic audience engagement, extraordinary visuals, and the captivating story of her going from founding The Webby Awards, as one of the only women in the Internet world, to being a passionate leader in how taking breaks from technology regularly leads to more productivity, creativity, curiosity, teamwork, connection, and overall wellbeing. She is currently helping companies around the globe find an even better way to flourish in the new hybrid world: Creating the Future of Work and Wellbeing. Read More >

Included on NPR's list of "Best Commencement Speeches Ever," Shlain is also an Emmy-nominated filmmaker and author of the national bestselling book 24/6: Giving up Screens One Day a Week to Get More Time, Creativity, and Connection, which won the Marshall McLuhan Outstanding Book Award.

Shlain has received over 80 awards and distinctions for her leadership, films and work, including selection by the Albert Einstein Foundation's as one of the 100 visionaries who carry on his legacy, and being listed as one of Newsweek's "Women Shaping the 21st Century." She appears regularly in The New York Times and The Washington Post, and her work has been referenced on Jeopardy! and in The New York Times crossword puzzle. Read Less ^

What Does it Mean to be Connected in the 21st Century?

The Future Starts Here: Why We Love Robots

The Future of Work & Wellbeing: Creating the New Work/Life Balance in Our New Hybrid World

As we reemerge from the pandemic, companies everywhere are asking: How do we work smarter? How do we maximize the benefits of technology (including remote work) while maintaining quality in-person office time? How do we create a work culture where both employers and employees can prosper? What does leadership require in today's work climate? This talk offers effective answers for the new workplace.

24/6: The Power of Unplugging One Day a Week

Tiffany Shlain will explore in her inspiring talk how turning off screens one day a week can work wonders on your brain, body, and soul. By doing this practice for over a decade, Internet pioneer and renowned filmmaker Shlain and her family have gained more time, productivity, connection, and presence. Drawn from the ancient ritual of Shabbat, living 24/6 can work for anyone from any background. With humor and wisdom, Shlain shares her story, offers lessons she has learned, and provides an inspirational blueprint for how to do it yourself.

From creating the Webby Awards, to making award-winning films and national bestselling books, to her recent sold-out show at MoMA in NYC, Shlain illuminates her process for taking an idea into action. In this riveting, highly visual and inspirational talk, she shares creating space to have new ideas, developing projects with advisory boards, fundraising and marketing projects to produce supersonic launches into the world.

Known for updating Jewish ideas in creative, and innovative ways, Shlain will use the journey through her projects (Sundance Film Festival hit film The Tribe, The Making of a Mensch, and her book about tech Shabbats, 24/6) to inspire audiences to use Jewish wisdom, in updated ways, to flourish in today's world.

Getting to a Gender Balanced World That’s Better for Everyone

Shlain gives a rousing reframing of women and power, highlighting the importance of shifting from a perspective of scarcity to one of abundance. She presents ways to create a gender equitable world—one that works better for everyone: all races, all classes, all ages. She brings her inspirational and acclaimed film that premiered at TEDWomen, 50/50: The 10,000 Year History of Women + Power to life with this talk.

The Science of Character: How to Flourish in Today’s World

The Science of Character explores in a highly entertaining and visual way the neuroscience and social science that shows we can develop—in ourselves and in others—strengths like grit, gratitude, creativity, optimism, bravery, and self-control.

"Tiffany Shlain demonstrates, with lyrical simplicity, our interdependence on one another and the interconnectedness of humanity with all life on earth. With a tightly synchronized dance between her powerful images and insightful words — with humor, and with a creativity all her own, Tiffany illuminates the issues that affect us all — including environmental degradation, dizzying technological innovation and population growth — and helps us to understand our inter-relationship with the world in a way that is both freeing and inspiring. Throughout, she also presents and honors the deep wisdom of her late father, Leonard Shlain, reminding us of the deepest connections that breathe meaning into life."

"Director Tiffany Shlain delivered what was, improbably, both the most thought-provoking and the most personally emotional documentary of the whole festival. It will change your thinking, and what more can a documentary do? "

"Indeed, Shlain’s film does go wide — it’s like a rubber band stretching in multiple directions while not breaking. Examining the ways in which technology can productively unite our global citizenry, Connected details nothing less than the history of consciousness and its arrival within today’s always-on, hyper-wired mind."

"Short films typically give you a glance into the talent and capabilities of a filmmaker, and based on The Tribe, I’d say Director Tiffany Shlain is definitely one to watch."

"As founder of the Webby Awards, an annual competition that determines the world’s best Web sites, Ms. Shlain has become one of the foremost arbiters of Internet taste and etiquette."

- The Globe and Mail (Canada)

"The Tribe is a brilliant, irreverent, wry and buoyant film… The film is a stunning achievement and one of this year’s biggest and most worthy hits. I love this film and so do audiences."

"With a combination of charm, persistence and an eye for what’s hot, Shlain has turned The Webby Awards into the internet equivalent of the Oscars."

"Tiffany was amazing and the women would have done Q & A all night if the time allowed. Her DVD sales sold out in 15 minutes with many people still in line –the night was a major success!"

"You were fantastic! You had many important and insightful things to say on the subject of independent filmmakers using the internet to find audiences for their projects."

24/6: The Power of Unplugging One Day a Week 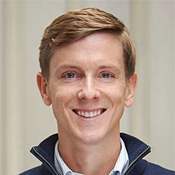