Trace Lysette is an actress and advocate best known for her role of 'Shea' on Amazon's critically acclaimed series, Transparent. But how did she get to where she is today? From a young age, Trace knew she was different and would eventually need to face this “otherness” that would not let go. Growing up in the 80s and 90s in a small town outside of Dayton, Ohio, she began her journey into an unaccepting world that led to obstacles, adversity, and eventually rock bottom – when she lost her will to live. Hear Trace speak about the influencers in her life, both good and bad, that pushed her to continue her gender transition and how she picked herself back up to live authentically as the woman she is today.  Read More >

As a transwoman, Trace advocates for the trans community and the LGBT community who still have to fight for their rights. She stands up against violence of trans-men and -women, and speaks out to those suffering with depression and suicidal thoughts.

As an actress, she advocates to break down the barriers that keep trans actors limited in the roles they play. She wants to change Hollywood standards and break that glass ceiling.

Trace began her career auditioning for cisgender (non-trans) roles. She shares her story of landing her first female role in season 14 of Law & Order: SVU, what her acting teacher had to say at the time, and the trepidations she faced on set for not disclosing that she was trans. After appearing in her role on Transparent, Trace decided to be herself - an out, proud, trans actress - and continues to audition for both trans and non-trans roles.

She aims to raise societal awareness towards the trans and LGBT community and be a positive influence on those who may be struggling on their path. Read Less ^

Finding a Purpose in Life

Call to Action at the GLAAD Media Awards

A Conversation with Trace Lysette 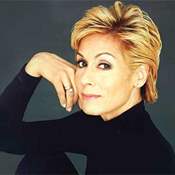