Retired United States Army Staff Sergeant Travis Mills of the 82nd Airborne is a recalibrated warrior, motivational speaker, actor, author and an advocate for veterans and amputees. Travis’s New York Times bestselling memoir, Tough as They Come, is currently available on sale in bookstores everywhere. Despite losing portions of both arms and legs from an IED while on active duty in Afghanistan, Travis continues to overcome life’s challenges, breaking physical barriers and defying odds. Travis lives by his motto: "Never give up. Never quit." Read More >

On April 10, 2012, United States Army Staff Sergeant Travis Mills of the 82nd Airborne was critically injured on his third tour of duty in Afghanistan by an IED (improvised explosive device) while on patrol, losing portions of both legs and both arms. He is one of only five quadruple amputees from the wars in Iraq and Afghanistan to survive his injuries.

Thanks to his amazing strength, courage, an incredible will to live, the heroic actions of the men in his unit, the prayers of thousands, and all the healthcare providers at the Walter Reed Army Medical Center, near Washington D.C., Travis remains on the road to recovery. Every day is a battle, but Travis continues to astound friends and family alike with his progress and with his amazing spirit.

In September 2013, Travis and his wife Kelsey founded the Travis Mills Foundation, a nonprofit organization, formed to benefit and assist post 9/11 veterans who have been injured in active duty or as a result of their service to our nation. The veteran and their families receive an all-inclusive, all-expenses paid, barrier-free vacation to Maine where they participate in adaptive activities, bond with other veteran families, and enjoy much-needed rest and relaxation in Maine’s great outdoors.

The Travis Mills Group LLC was started shortly after, where Travis consults with and speaks to companies and organizations nationwide inspiring all to overcome life’s challenges and adversity.

Travis’s story has been featured on local and national news including Fox News’ Happening Now with Jenna Lee, The O’Reilly Factor with Bill O’Reilly, CNN with Barbara Starr, and The Ellen DeGeneres Show. Read Less ^

Tough As They Come

Travis Mills' keynote speech teaches and inspires audiences nationwide to "Never give up. Never quit," no matter the obstacles of circumstances. Travis’s larger-than-life personality, sense of humor and incredible spirit for life engages audiences from the moment he takes center stage. Travis’ speaking engagements take him all over our great nation ranging from football stadiums, to conferences, to classrooms. His motivational speeches reach a wide variety of people from all walks of life.

“I don’t know where to start but in short, Travis was nothing short of phenomenal at our event!! … If you are considering Travis, stop what you are doing and sign him up now.”

"Travis is one of the most inspiring and encouraging stories of our generation!"

“We expected a good talk that highlighted his injuries and time at Walter Reed Hospital. What we received was so much more…”

“Travis is a terrific public speaker, who fluctuates between humor and sobering sincerity.”

“Travis taught us all two very important lessons that day. Number one- you can only move forward in life and it’s critical to stay positive. Number two- anything in life is possible as long as you never give up and you never quit.”

“Incredibly inspirational, motivational and exceptional communication by an amazing (and awesome) patriot who in forty five minutes captivated our audience with a resounding and powerful message.”

“Travis is a captivating speaker with an amazing life's story. He has taken bravery and perseverance to levels that most of us could not even imagine.”

"He made us laugh, he made us cry. His story of resilience, the power of the positive, and humility moved our group. He challenged the thought processes and attitudes of everyone in the room and gave them the perspective they needed to take on their own challenges in their personal or professional lives.”

“I can honestly say that while his story is one of inspiration and a true American hero even more compelling is his ability to connect with his audience. I have seen near a hundred motivation speakers over the years and there are only a few I found that come across so genuine and as comfortable as a speaker as he.”

“He engaged the audience from his opening comment to the close. His messages on leadership, perspective, and goal setting were inspiring & memorable.”

Tough As They Come 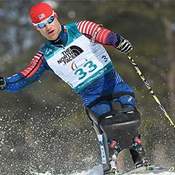