Picture the energy and excitement of a rock concert mixed with the power and emotion of a symphony orchestra, combined together by the technology, interactivity, stunning visuals and fun that only video games can provide. Incorporated in 2002, Video Games Live™ is an award-winning immersive concert event featuring music from the most popular video games of all time. Read More >

It is the first and most successful video game touring concert in the world, having performed over 250 shows in 25 countries on 5 continents. Over 11,000 people were present for the debut performance at the Hollywood Bowl with the L.A. Philharmonic and since then, over 1 million people have experienced the show live.

Video Games Live™ has released 2 albums worldwide, both of which debuted in the Billboard Top 10, as well as an award winning full length feature DVD/Blu-Ray. In 2010, the show aired nationally on PBS and quickly became one of the top rated PBS Specials of all time. Inducted into the Guinness Book of World Records for the biggest game concert in the world (over 100,000 in China), Video Games Live continues to break new ground and thrill audiences worldwide with brand new content each year.

The Art of Video Games Interview 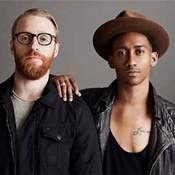