Yorri Berry may be most well-known as a poet. But don’t let that fool you. She is a force to be reckoned with—playing a major role in elevating the voices of young people. She has been involved in youth empowerment work since landing her first internship as a teenager with Breakthrough Collaborative in New Orleans, Louisiana. Read More >

Berry founded the DREAMSgirl Summit, a holistic multi-day conference that gives hundreds of middle and high school girls interested in Science, Technology, Engineering and Math the opportunity to shadow STEM professionals in the workplace during an interactive career experience. This work led to her being a nominated Changemaker at the first-ever White House Summit on the United State of Women.

A justice warrior and champion of equity committed to elevating marginalized communities, Berry is a former energy, tech and healthcare consultant and has managed educational and community development projects for Martha’s Table, Inc., KIPP Los Angeles Schools, Communities In Schools and the Children’s Defense Fund.

Nominated by the Governor of Maryland in 2019, she is the youngest sitting member of the Children’s Justice Act committee that helps states develop and operate programs to improve the investigation and prosecution of child abuse and neglect cases. She directs a national policy fellowship, which trains and has empowered formerly homeless youth from four continents to transform domestic and international youth homelessness and sex trafficking policies. In this role, she regularly partners with multinational law firms on children’s rights and juvenile justice initiatives; has facilitated over 100 meetings on Capitol Hill between young leaders and members of Congress; hosted youth-led legislative briefings at the United States Senate; and provides executive coaching and training to equip leaders and organizations, including the American Bar Association, federal agencies and top research universities, to more effectively partner with millennials and Gen Z for social change.

A strategic innovator and Ph.D. candidate at Pepperdine University, Berry attended Spelman College, is a graduate of Loyola New Orleans and Howard University and holds professional certifications from Northwestern and Harvard University. She is an advisory committee member of the National Conference of State Legislatures and Futures Without Violence, a national organization working to end violence against women and children around the world; and serves on the Research Alliance for Child Trends, the nation’s leading research organization focused exclusively on improving the lives of vulnerable children and youth.

An orator, writer and published poet, Berry has delivered a keynote address at Facebook’s headquarters in Silicon Valley, performed spoken word during the College World Series and empowered thousands from the pulpit of the historic Washington National Cathedral where Dr. Martin Luther King, Jr. preached his final sermon.

She is the writer of In Development—a theatre piece on identity created in collaboration with award-winning actress Suzzanne Douglas and members of the Grammy-nominated group Sweet Honey in the Rock, which debuted in Martha's Vineyard. Determined to blend art and activism, she wrote and directed community theatre pieces like the Backpack Monologues, performed by middle and high school girls specifically to raise funds benefitting local mentoring programs and educational trips, and founded the Youth Poetry Project—a writing and entrepreneurship program for high school students in the historic Anacostia community in Washington, D.C.

Berry is an NYC-based New Orleans native who grew up with a deep appreciation for Creole cuisine, art, jazz and diverse cultures. She consciously utilizes her diverse lived experience and poetically invites audiences to dive deeper into themselves and the world around them. A vibrant adventurer who has leaped from mountaintops to paraglide in Switzerland, hiked volcanos in Bali, skydived in New Zealand, rode horses through the desert in Egypt and piloted planes on Long Island, she is a travel enthusiast who has explored over 60 countries across six continents, with dreams of witnessing the unique beauty of every country in the world. Read Less ^

What If We Partnered with Youth to Change the Policies That Shape Their Lives?

The Audacity of Inclusivity

A brave conversation and a call to challenge ourselves to be more audacious and authentic in our quest to elevate diversity, equity and inclusion within organizations and society. Yorri poetically journeys through childhood and experiencing blatant racism in college for the first time to frame the inclusion conversation. She explores how being bodacious enough to genuinely embrace ourselves and be honest regarding the dangers of ‘othering’ serves as a bridge and an opportunity for us to think about how we will act and show up differently to help build a more equitable + inclusive world for others.

A Seat at the Table: Partnering with Gen Z for Change

Drawing from years of experience partnering with young leaders to advance public policy and improve organizational practices for vulnerable children in this country, she explores the transformative power of intentional intergenerational collaborations within businesses and communities as we innovate to effect social change. She utilizes real-life examples of the endless possibilities and multi-dimensional benefits of authentically investing & empowering younger generations to have a seat at the table.

The Beauty of Blackness

When life unexpectedly came crashing, Yorri suddenly found herself living on the African continent. Being alone in a new city, country and continent, yet feeling more at home than she felt at home illuminated a sense of invisibility and erasure experienced as a Black woman living in the United States. Upon returning home, she ultimately realized we cannot help, nor can we heal, what we do not love and cannot see. This conversation commemorates & celebrates the beauty of Blackness across generations, and how a journey to love the skin we’re in and an unrelenting embrace of our whole selves paves the way for freedom.

Do You Know What It Means to Be Brave?

Do you know what it means to be brave? These were the first words spoken to over 20,000 humans gathered in a stadium for the College World Series. What was a young Black woman doing speaking about racial injustice and the power of one at the biggest games in college baseball? Yorri takes audiences through a poetic journey of what it means to consciously leap beyond our comfort zones and audaciously brave uncomfortable spaces to manifest our dreams for ourselves and the world beyond us.

After experiencing many defeats in life, Yorri took several journeys around the world to reflect, meditate and catch her breath. In the silence, a new perspective birthed regarding failure and defeat in life and leadership. In a society that often teaches us to choose perfection instead of wholeness, she gives a firsthand account of the power of whole-heartedly embracing failure and defeat, and using the lessons to propel us deeper into ourselves and closer to our destiny.

"Yorri was the perfect inspirational speaker for our Founders Day celebration! She used her unique gift of spoken word to help us celebrate the beauty and strength of our sisterhood committed to public service. She reminded us to be intentional about renewing our spirits and helped us to create a space where we could take off our superwoman capes and recharge in order to continue to serve our communities! Yorri's message of 'self care' and 'self love' resonated with all who attended - we are grateful for her willingness to participate in our event!"

"Few can move an audience like Yorri Berry. Few can bring the audience up an emotional scale yet keep them focused on clear practical ideas about change, like Yorri Berry. Few can just spark your heart and soul like Yorri Berry. And yet, all those amazing skills that Yorri has as a speaker are not her most unique talent. Yorri's focus is surgical and her energy is tireless in bringing those around her to be able to simultaneously see things from her perspective and use her guidance to find their own perspectives on critical issues. That takes careful attention, not only to how a message is delivered, but also to where it fits in context for the individual and groups listening, learning and sharing an experience with Yorri. Anyone would be lucky to get to experience her wit, words and wisdom."

"While serving as Essence magazine's chief editor for more than two decades, and also as a speaker, I am aware of many powerful voices across the landscape. Today's young Yorri Berry is in the top-tier with the best of them. Writer, poet and compelling speaker, her rhythmic prose, at times delivered with spoken-word mastery., is utterly captivating. Standing ovations have punctuated each presentation she has delivered for my National CARES Mentoring Movement, founded as Essence CARES. Yorri Berry is a unique voice of wisdom and clarity. A scholar with a gentle soul and a restless power, her thought-provoking presentations bring both to bare. Watching CARES audiences watch Yorri is thrilling as she galvanizes community members to take action and work toward breaking the cycle of poverty through mentoring. She has mastered speaking to hearts about a wide range of present-day crises, with persuasive analyses and hope that make visible the power we possess to create a more just and sustainable world. Yorri Berry is stirring speaker. Her voice needs to be heard. I highly recommend her."

Your “invisible work” is key to your most productive self

The poet who starred at the College World Series 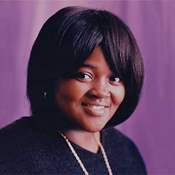