Aaron David Miller is currently a Senior Fellow at the Carnegie Endowment for International Peace where he focuses on American diplomacy and US foreign policy. For more than two decades he served as a State Department Middle East adviser, analyst and negotiator for both Republican and Democratic Secretaries of State. Read More >

After leaving government, between 2003 and 2006 Miller served as president of Seeds of Peace, an internationally recognized organization dedicated to empowering young leaders from regions of conflict with the leadership skills required to advance reconciliation and coexistence. Between 2006 and 2019, Miller served in various capacities as a Public Policy Scholar, Vice-President for New Initiatives and Director of the Middle East Program at the Woodrow Wilson International Center for Scholars, a leading think tank and presidential memorial in Washington, DC.

Miller has written five books, including his most recent, The End of Greatness: Why America Can’t Have (and Doesn’t Want) Another Great President; He is a sought-after public speaker and is one of the preeminent authorities on Middle East issues. Miller is a CNN Global Affairs Analyst and a frequent guest on BBC; NPR; Canadian Broadcasting and Sirius XM radio.

Aaron David Miller is a sought-after public speaker and is one of the nation’s preeminent authorities on the Middle East, Arab-Israeli conflict and US foreign policy. His articles have appeared in The New York Times, The Washington Post, USA Today, The Los Angeles Times, Foreign Policy, Foreign Affairs, and Politico. Read Less ^

Gulliver’s Troubles: How America Can Win in a 21st Century World

Landing in Oz, Dorothy said to Toto "I don’t think we’re in Kansas anymore." She might very well have been talking about the world America is navigating in the second decade of the 21st century. The US must learn to operate effectively in a new multipolar landscape where its dominance and influence can no longer be taken for granted and where an increasing number of determined and assertive and competitive nations are projecting their power. Washington can neither transform the world nor withdraw from it. The course it must follow is one based on smart transaction where it identifies its core interests, correlates means and ends and finds the right balance between risk-readiness and risk-aversion when it comes to projecting American power. The US remains the still the most consequential power in the world today with a better balance of military, political, economic and soft power than any other. The challenge is how to use it wisely and effectively.

When Aaron David Miller left the Department of State in 2003, then Secretary of State Colin Powell gave him two pieces of advice: don’t try to come back and try not to look back. The first piece Miller happily accepted; the second he categorically rejected. And since then, he has spent the last couple decades examining why we succeeded and failed in our negotiating efforts. Along the way, Miller discovered that diplomacy is a lot like life, and he learned a dozen invaluable lessons that surprisingly not only applied to foreign policy but to success in politics, business and personal relationships.

Can We Ever Have Another Great President? Do we Really Want & Need One?

The word “I” is mentioned only once in our Constitution. And that’s because the Founders embedded the president’s Inaugural Oath in the document to remind us that all that the office is subordinate to the sovereignty of the people and belongs to all of us. And yet, we are strangely removed from the realities of the modern day presidency, expect too much and somehow insist on great Presidents when good ones may well be all we can hope for. Why has greatness in the presidency seem to have gone the way of the dodo; and can and should we aspire to have another one?

The Much Too Promised Land: America's Elusive Search for Arab-Israeli Peace

End of Greatness: Why America Can’t Have (And Doesn’t Want) Another Great President

The PLO and the Politics of Survival

The Arab States and the Palestine Question: Between Ideology and Self-Interest 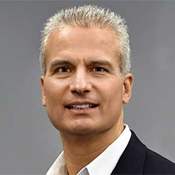