Since 2006, Sitilides chairs the State Department’s Advanced Area Studies Program for Southeast Europe (under a U.S. government contract) at the Foreign Service Institute, the primary training institution for U.S. diplomats and other foreign policy professionals.

He was Board Chairman of the Woodrow Wilson Center Southeast Europe Project, directing policy, research & forecast analysis on U.S., NATO & EU geopolitical, commercial, and security interests throughout southeastern Europe, from 2005-2011.

As Principal at Trilogy Advisors LLC since 2005, Sitilides manages a government affairs portfolio specializing in regulatory reform. He has testified before Congress, and is a regular media commentator on national security and American politics on broadcast, print and digital media. He has been interviewed on CNN, Fox News, CNN International, One America News, China Global, Alhurra TV and BBC News, and cited in the Wall Street Journal, New York Times, Washington Post, Washington Times, Bloomberg, Politico, National Public Radio and Institutional Investor.

Sitilides served as Executive Director of the Western Policy Center, an international relations institute researching and forecasting U.S., NATO & EU political, commercial and security issues in southeastern Europe. He directed the center’s strategic planning, policy analysis, political and corporate communications, and financial management until he negotiated its 2004 merger with the Woodrow Wilson International Center for Scholars.

Sitilides holds a Master’s Degree in International and Public Affairs from Columbia University. He lives in McLean, VA with his wife, who is an attorney and businesswoman, and their four sons. Read Less ^

Planning for Geopolitical Risks and Beyond

Connections Between China, India, Russia, and the Middle East

John Sitilides explores and explains the new global economic era, along with new trade and security networks and partnerships in Asia and worldwide, driven by the strategic financial and industrial disengagement of the U.S. and China. The political, economic, and ideological “Cold War 2” launched by China against the global West will be engaged by a new U.S. administration led by the President’s top national security, foreign policy, and trade advisors, whose backgrounds and policies we would also assess and detail.

In addition to the strategic re-routing of global supply chains away from China, gain substantial insight into the future of global 5G technology and cybersecurity competition, as well as U.S. and Western strategies to contend with Beijing’s “Made in China 2025” and “China Standards 2035” agenda directly targeting the global leadership of the world’s industrialized economies, as Beijing seeks to achieve industrial independence and market dominance of breakthrough technologies such as semiconductors, artificial intelligence, the Internet of Things, robotics, telecommunications, genetics, biopharmaceuticals, information technology, machine-learning, electric and autonomous vehicles, and aerospace engineering.

The Next World: Geopolitical Risk & Global Strategies After the Crisis

The new post-emergency global trade and security focus will concentrate on the continued structural industrial and financial disengagement of the U.S. and Chinese economies. That process will be significantly accelerated beginning in 2021, no matter which party controls the White House and the Congress. In addition to the strategic re-routing of global supply chains away from China to Latin America and Africa, and the federally-incentivized insourcing of critical U.S. national industries, substantial insight is provided into the future of global 5G technology and cybersecurity competition. John also discusses U.S. and Western strategies for addressing Beijing’s “Made in China 2025” agenda to achieve industrial independence and global market dominance of leading breakthrough technologies such as semiconductors, artificial intelligence, robotics, information technology and machine-learning. He includes valuable insights into the probable collapse of the European Union, the Saudi-Russia oil price war against the U.S. domestic energy industry, and the anticipated increased flow of FDI into rebounding U.S. and other leading G20 markets.

Worldview 2030: Geopolitical Risk & Global Strategies in the Decade Ahead

A deep examination of the strategic disengagement of the U.S. and Chinese economies, especially the increasing shift of global supply chains out of China, as well as the escalated tensions between the U.S. and Iran that can suddenly disrupt equity markets and world energy supplies. This presentation includes up-to-the-minute geopolitical intelligence into the launch of “phase two” U.S.-China trade talks, with focus on global 5G technology competition; the widening scope of multiple Middle Eastern conflicts and energy rivalries; more nuclear weapon threats from North Korea against Japan, South Korea and North America; European post-Brexit strategies for Germany’s slowing economy, Russian political disruption, and African mass migration; the emergence of India on the Asian and global industrial stage; social and political turmoil throughout Latin America; and the potential transformation of many African economies into the world’s next factory floor. This speech can be customized to incorporate powerful insights into how these multiple global developments impact - and will be impacted by - the U.S. presidential campaigns through the end of the year- including updated insights into Electoral College strategies, more detailed understanding of accurate election forecasting, and potential outcomes for international relations beginning 2021 with President Trump’s re-election or a Democratic victory.

Wobbling the Colossus: The European Union in Crisis

A critical assessment of the viability of the EU as a trading partner and global power, as well as the Euro as a viable global currency, amid multiple security, economic and internal social crises.

"It went really well….! We really enjoyed having John participate in the meeting and his presentation was so fascinating."

"The thoughtful, comprehensive, understandable and practical view you brought to the complex problems and issues revolving around geopolitics truly enlightened and engaged the audience at P&I’s Global Future of Retirement conference. Setting the tone on the second day of the event kept people talking, and your presentation was referred to numerous times by other speakers throughout the day."

"Your presentation on "The Grand Arc of Economic Geography: Shaping the 21st Century" was very well received by our students and faculty. The audience appreciated the length and breadth of your analysis, and the presentation both of a compelling "big picture" as to where the world is heading in both geopolitical and geo-economic terms, and the ways in which you connected "dots" in East and South Asia, Latin America, Africa and Europe together. It was a masterful performance and one that has provoked ongoing discussion and debate."

"John Sitilides gave our keynote talk on geopolitical risks at GAIM Ops Cayman, a 500+ person event for COO/CCO/CFOs in the alternative investment industry. I can honestly say it was one of the best talks I’ve seen. John provided fascinating insights on geopolitical issues including Russia, China, the Middle East, North Korea and Europe. He brought a new perspective to understanding the issues and appreciating their significance on a whole new level. His cutting edge, up-to-date knowledge of the topics and of latest political developments, and the fact that John is an excellent and engaging speaker, made for a fascinating presentation. Our audience loved it. The room was packed and it’s been rated as a favorite session by many of the attendees. John is top of my list for any geopolitical analysis in the future."

"Your maritime security presentation was absolutely fascinating and one of the most interesting presentations I have ever attended."

"I thought your presentation at GAIM Ops London was brilliant. As an enthusiastic observer of world events, I found your presentation to be the most concisely informative and interesting presentation I have probably ever heard on the world's current and future trouble zones."

"You were brilliant talking about global geopolitical risk at the Asia-Global Hedge Fund Summit in New York. Your presentation was one of the most interesting and widely-discussed. Thank you for enriching the summit!"

"Your passion for and understanding of the strategic geopolitical challenges facing the United States and global community are inspiring. Your presentation was excellent."

"Your talk was easily the best received one of the Family Office Wealth Management Forum."

"Your presentation was by far the most engaging at the RiskMinds conference. The pace of delivery was excellent for this audience: bankers with a keen interest to learn the key issues on all international hotspots."

"You were clearly the best presenter… You have a unique gift to succinctly wrap geopolitical issues into a coherent methodology of whom, why and how."

"Consistently rated your sessions as the very best - your expertise … is unequalled."

"Our participants were greatly impressed and satisfied with the way you guided us through the political landscape of the contemporary United States. Your insights provided us with a clear and solid background to understand the current changes in America."

"Thank you again for a spectacular presentation. You were superbly forceful, articulate, and persuasive, and I have heard nothing but compliments from our participants."

"Extremely insightful – very timely and pertinent to our business and lives. Great way to start the conference. I found the content to be well thought out and a good summary of the global geopolitical situation. Excellent speaker who was comprehensive, insightful and engaging." 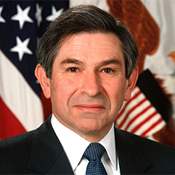