Aija Mayrock is a bestselling author, poet, and advocate. Forbes Magazine wrote about Aija Mayrock, “With hundreds of thousands of social media followers, Aija Mayrock uses writing and performing to connect, educate, and advocate. The author of the international bestseller The Survival Guide to Bullying she performs poetry and spoken word around the world empowering young people to cultivate resilience. And her powerful voice resonated - so much so that she’s developed a school curriculum implemented by school communities across the country.” Read More >

At 8 years old, Aija began getting bullied for her lisp, stutter, and learning disabilities. As the years progressed, the bullying escalated and Aija dealt with verbal, physical and cyber bullying. When Aija was 15, a girl she had never met dressed up as her for Halloween, posted it online, and it went viral. On that day, Aija decided to speak out and take a stand. Aija wrote The Survival Guide to Bullying at 16 years old and after years of rejection from publishers, she self-published it. It was soon acquired and republished by Scholastic, becoming the only self-published book they had acquired. The book went on to become an international bestseller published in 18 countries around the world. While being a full-time student at New York University, Aija spoke to over four million people across the country and implemented a curriculum in schools nationwide.

Aija’s poetry which tackles subjects from mental health to gender inequality has gained national recognition and tens of millions of views online. Aija has performed at stadiums like Madison Square Garden and esteemed venues like The Harvard Club, The Town Hall and United Nations.

Aija was a Today Show Hero of the Year alongside Jameela Jamil, Awkwafina, Helen Mirren, Drew Barrymore and Gabrielle Union.

Who Do You Want To Be

A Pen & A Piece of Paper

At age 16, Aija Mayrock had just endured eight years of relentless bullying. She had a lisp, stutter, and learning disabilities. When Aija was a freshman in high school, a girl she had never met, dressed up as her for Halloween, posted it online, and it went viral. Read More >

So Aija did the only thing she knew how to do - she picked up her pen and started writing. Aija wrote her first book The Survival Guide to Bullying at 16 years old, self-publishing it, and then receiving her first book deal with Scholastic - being the only self-published author Scholastic had ever acquired. The book became an international bestseller, Aija started school at New York University, and spoke to over 4 million students across the country, developing a curriculum that was implemented within every community. Aija’s advocacy awarded her The Today Show Hero of 2018.

In this heartwarming, inspiring talk, Aija shares how a pen and a piece of paper can change the course of your life and the world. Read Less ^

After receiving a book deal with Scholastic at 19 years old and five months later becoming an international bestselling author, Aija Mayrock decided to stay in school at New York University (while doing a double major and minor) and do both - run her business and get her degree. Over the next four years, Aija spoke to four million people across the country, implemented a curriculum in schools, developed a global social media platform of hundreds of thousands of followers, and worked with brands like Warner Brothers, Coca Cola, Nivea, Saks Fifth Avenue, amongst many others. Read More >

In this motivating presentation, Aija shares her story and all the tips that allowed her to do both school and build a global movement and career. Upon graduating in May 2019, Aija had sold her second book. Read Less ^

When Aija Mayrock was 8 years old, she began getting relentlessly bullied by her classmates and teachers. She had a lisp, stutter, and learning disabilities. But the bullying only began there and grew in severity with social media. When Aija was 15, a girl she had never met, dressed up as her for Halloween and it went viral. Within hours, Aija faced thousands of death threats from people she had never met. Finally, after years of not telling anyone about her situation, Aija opened up to her family about the bullying and serious mental health repercussions. Read More >

In this powerful presentation that Aija does for students and/or adults, Aija talks about what bullying is, how we can show up for ourselves, our students, children and our community, and shift the culture of cruelty. Aija focuses heavily on the mental health and bullying, in this talk. Read Less ^

When Aija was on her first book tour, she used poetry as a way to tell her story. Within a few weeks, Madison Square Garden asked her to perform at their stadium. Aija quickly realized that poetry and spoken word was a way talk about difficult things, disrupt systems, and unify people. Aija started filming her spoken word and sharing it online and on social media. Within a few weeks, Aija had gone from 20,000 followers to 250,000. Read More >

In this presentation, Aija shares her personal story about creating a global community of hundreds of thousands of people on social media and using poetry to create change and inspire others to start movements. All you need is to speak from your heart and post it. Read Less ^

"She was great! Adults and kids loved her. Thanks so much for everything!!"

"Santa Barbara County educators know it is important to promote values of caring in our communities, schools, and families. It is unlikely a young person will develop caring values unless he or she is continually exposed to adults who model and reward them. Author and current New York University student Aija Mayrock is one such model. She has addressed thousands of school children of all ages in numerous assemblies to talk with them about her experiences being bullied as a teenager. She is in such demand because her compassionate, empowering message resonates with students. It is critical that values like the ones Aija Mayrock is promoting be reinforced in young people’s everyday lives, in order to override the competing messages that surround them through music, videos, games and television.”

"Our student body and community was captivated by Aija's presentation. She spoke from the heart about her own experiences and encouraged our students to find strength in overcoming obstacles and to believe in themselves. books and talking to students who were sincerely touched Aija is a truly remarkable young woman who is transforming the lives of young people. Bullying is one of the most intractable problems dealt with in any middle school. The overarching message and the strategies offered in the Survival Guide to Bullying offer help to adolescents enduring this painful experience and more importantly, activates the impulse of bystanders to step in and make a difference."

“I’ve been to many forum events. Aija was by far the best speaker we’ve ever had. Her message was important and timely, and she delivered it beautifully. And she changed lives today with her message of hope and activism.”

The Survival Guide to Bullying: Written by a Teen

After cyberbullying attack, woman sets out to inspire confidence in kids

After Being Bullied So Badly She Got Death Threats, Aija Mayrock Wrote This Lifesaving Guide 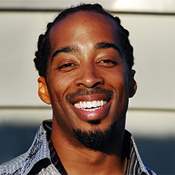