Antonia Juhasz is a leading energy analyst, author, and investigative journalist specializing in oil. An award-winning writer, her articles appear in Rolling Stone, Harper’s Magazine, Newsweek, The Atlantic, CNN.com, The Nation, Ms. Magazine, The Advocate, Pacific Standard Magazine, and many more. Antonia is the author of three books: Black Tide (2011), The Tyranny of Oil (2008), and The Bush Agenda (2006). Read More >

Antonia is a 2020-2021 Bertha Fellow in Investigative Journalism. She joins a team of international journalists investigating climate change, fossil fuels, and corporate power. Antonia was a 2019/2020 Ted Scripps Fellow at the Center for Environmental Journalism at the University of Colorado Boulder where she conducted investigations for a new book on the end of the fossil fuel era.  She is a 2017 Yale University Poynter Fellow in Journalism and a 2013 Investigative Journalism Fellow at the University of California, Berkeley. She holds a Masters Degree in Public Policy from Georgetown University and a Bachelors Degree in Public Policy from Brown University. Antonia founded and runs the (Un)Covering Oil Investigative Reporting Program with fiscal sponsor, the Society of Environmental Journalists.

Antonia’s investigations follow the trail of oil as it seeps into virtually every corner of human existence from climate change to the environment, politics to economics, public health to human rights, and from war to peace. Reporting from the frontlines of fossil fuels and climate change, her investigations have taken her a mile below the ocean surface in the Gulf of Mexico to the rainforests of the Ecuadoran Amazon, from the deserts of Afghanistan to the fracking fields of North Dakota, from the Alaskan Arctic to the oiled beaches of Santa Barbara, and many more places in between. Her writing highlights women and girls, as their stories are least often told. Antonia’s photographs regularly accompany her articles.

With a grant from the Society of Environmental Journalists, Antonia has launched a new special series, (Un)Covering Oil with Antonia Juhasz, airing monthly on KGNU radio in Colorado.

Her 15-month investigation, “Death on the Dakota Access,” ran as a 12-page print feature in Pacific Standard Magazine and was named to its list of The Best Stories of 2018, it was part of a series of articles reporting from Standing Rock on the Dakota Access Pipeline. She completed a series of six articles for Newsweek on the UN Paris climate talks, reporting from Alaska, North Dakota and Paris.

Her Harper’s Magazine feature article, “30 Million Gallons Under the Sea,” was a finalist for the 2015 Reed Environmental Writing Award and appears in The Best American Science and Nature Writing 2016 Anthology by Houghton Mifflin Harcourt. Her Advocate Magazine cover article, “What’s Wrong with Exxon?” was nominated for a GLAAD Media Award, Outstanding Magazine Article 2013. Antonia was a 2012-2013 Investigative Journalism Fellow at the Investigative Reporting Program, a working news room at the Graduate School of Journalism at the University of California, Berkeley. She traveled to Afghanistan and Tajikistan, investigating the role of oil and natural gas in the Afghanistan war reporting for The Atlantic and Harper’s Magazine.

Juhasz is a frequent media commentator. She is a “Big Thinker” featured in the second season of National Geographic’s hit TV series, MARS, executive produced by Ron Howard and Brian Grazer and was featured in the CNBC documentary, “The Hunt for Black Gold.” She has appeared on TV programs, including NBC Today, BBC Breakfast and World News, Fox Business Hour, C-Span Book-TV and Washington Journal, TVOntario Allen Gregg in Conversation, CBC The Hour, as a regular guest on Democracy Now! and regional, state, and local television news programs for ABC, CBS, Fox, and NBC, among others.

National radio programs include: Bloomberg Radio News, BBC programs, including World News, Wake up to Money, News Hour, and Today Programme; National Public Radio programs, including Fresh Air with Terry Gross, Here’s the Thing with Alec Baldwin, Market Place, The Diane Rehm Show, and Talk of the Nation; regular guest on Democracy Now!; SiriusXM Radio Stand Up! with Pete Dominick and The Power; CBC As It Happens; among others.

A sought-after public speaker, her recent appearances include the New York Museum of Modern Art, Yale University, the Women’s Assembly for Climate Justice of the Women’s Earth and Climate Action Network International, the Peoples’ Tribunal on Hurricane Harvey Recovery in Houston, and The Nobel Women’s Initiative 2017 International Conference, “A Global Feminist Resistance” in Germany. Juhasz regularly provides talks and lectures at colleges, universities, book stores, and other public fora across the U.S. and around the world on a wide range of topics including investigative and environmental journalism, climate change, and an array of oil and energy topics. For example, since 2013, she has provided a twice-yearly lecture on “The Political Economy of Oil” to the International Honors Program, School for International Training Abroad Climate Change Program.

Juhasz serves on the National Advisory Committee of Iraq Veterans Against the War and was on the Board of Directors of Coffee Strong  Juhasz was an associate fellow with the Institute for Policy Studies and was a senior policy analyst for Foreign Policy In Focus. She founded the Energy Program at Global Exchange, a human rights non-profit organization, and directed the program from 2009 to 2011. She was the Project Director of the International Forum on Globalization, called “One of the most serious and respected groups of experts dedicated to analyzing and generating alternative proposals to the prevailing economic model promoted by international financial agencies,” by La Jornada of Mexico.

Antonia was proud to provide testimony at the Iraq Veterans Against the War–Winter Soldier:Iraq & Afghanistan in Silver Spring, Maryland in March 2008; at the Citizens Hearing on the Legality of U.S. Actions in Iraq in support of Lt. Ehren Watada in Tacoma, Washington in January 2007; and to the New York Session of the World Tribunal on Iraq in May 2004 on the economic invasion of Iraq by the United States.

In 2008, New Jersey Peace Action awarded Juhasz the Lou Kousin Award for “Dedication to Peace.” Peace Action named Juhasz to the Women Peacemakers Honor Roll, “For women who have made a unique and lasting contribution to work for peace and justice in the world” in 2007. She won a 2004 Project Censored award for her article, “Ambitions of Empire: the Radical Reconstruction of Iraq’s Economy,” in LeftTurn magazine. In 2004, she was awarded “The Sentinel” by the Nevada Alliance for Workers Rights, “For those who have engaged in a lifelong activism.” Read Less ^

TEDx: How Women and Girls Are Leading the Way to the End of the Fossil Fuel Era

How Activism is Solving the Climate Crisis

The End of Oil?

Should We Mine Mars

Why The Green New Deal?

How Activism is Solving the Climate Crisis

The Managed Decline of Fossil Fuels

How Will the Fossil Fuel Era End?

The Tyranny of Oil

Reporting on Fossil Fuels, Climate, and the Environment

Black Tide: The Devastating Impact of the Gulf Oil Spill

The Tyranny of Oil: The World's Most Powerful Industry--and What We Must Do to Stop It

The Bu$h Agenda: Invading the World, One Economy at a Time

The End of Oil Is Near: The Pandemic May Send the Petroleum Industry to the Grave

Paris Was Just a Way Station in the Climate Change Fight

Thirty Million Gallons Under the Sea

Why the war in Iraq was fought for Big Oil 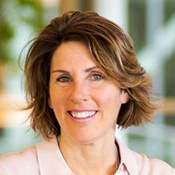 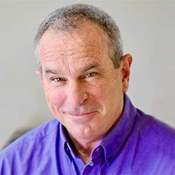