An accomplished high-tech trailblazer, author, inventor, entrepreneur, and eternal optimist, Byron Reese delivers audiences and readers an infectious sense of possibility and wonder. Byron employs his perspective as a historian, futurist, and technologist to illuminate how the technology of today can solve some of our most daunting global challenges. Read More >

“The new challenge for humanity will not be how to chip away at the old problems,” says Byron, “but what to do in a world where we can do anything.” His first book, Infinite Progress: How the Internet and Technology Will End Ignorance, Disease, Poverty, Hunger, and War has been called “a prophetic book,” “an essential road map,” and “an antidote to the harmful gloom and moralizing that pervades most discussions of the future.”

Referring to his time as Chief Innovation Officer at Demand Media, Bloomberg Businessweek credits Byron with having “quietly pioneered a new breed of media company.” Wired Magazine described him as “a tall Texan who … created the idea-spawning algorithm that lies at the heart of Demand’s process.” The Financial Times of London reported that he “is typical of the new wave of internet entrepreneurs out to turn the economics of the media industry on its head.” And Business Insider concluded that Byron “seems like a kooky – and awesome guy … We’d love to buy him a beer.”

Byron started his first business as an undergraduate at Rice University. He later founded and sold two companies: Hot Data, ultimately to Pitney Bowes; and PageWise to Demand Media. Byron currently is the publisher and CEO of Gigaom, a technology research and analysis firm helping business leaders understand the implications of emerging technologies and their impacts on business, media, and society. Read Less ^

TEDx: Achieving Greatness is a Choice

Preparing for the Jobs of Tomorrow

Automation, AI & The Future of Work

How will automation reshape the workplace? Will robots take all the jobs? Will artificial intelligence displace human intelligence? Are we destined to a future where we work harder and harder for less and less? Read More >

Futurist, author and technologist, Byron Reese dispels the fearful myths around these topics and describes a world where workers of all skill levels use new technology to increase their own productivity.

Byron explains, “Technology will continue to transform the workplace. That is certain. But it will do so by making humans more valuable.  The biggest problems of tomorrow will not be a lack of jobs, but a shortage of humans to take advantage of all of the opportunities technology will offer.”

While much of this talk focuses on how technology will reshape the workplace, Byron pays special attention to what workers can do today to maximize their productivity tomorrow. “A few simple rules,” he explains, “will help anyone position themselves to prosper in the world of tomorrow.” Read Less ^

How to Innovate in a Rapidly Changing World

No matter your industry, you probably have a sense that you are in one of those radical disruptive periods where everything seems to be changing. You may be wondering when it is all going to settle down so you can take a bit of a breather. Read More >

In this talk, futurist, author, and technologist, Byron Reese explores how businesses operating in industries undergoing dramatic changes can prosper and be successful. While traditional futurists seldom bridge the gap between “here is what is going to happen” and “here is how you capitalize on it,” Byron explores how it is that radical technology advancement creates new multi-billion dollar companies, and destroys old ones.

What would you have foreseen seven years ago? There were no self-driving cars or Apple watches. Would you have seen the transformative effect that tablets and smartphones would have? The next seven years will have much more change than the prior seven years. We know this. And this is the change for which we need to prepare. Read Less ^

The Fourth Age: Answering the Big Questions of Tomorrow

Our present age is grappling with big questions around technology: What is really possible with artificial intelligence? Should we fear it or welcome it? Will robots take all the jobs, and if they did, would that be a good thing? Can computers achieve consciousness, and if so, do they then acquire rights? Read More >

In a talk from his upcoming book, The Fourth Age: Smart Robots, Conscious Computers, and the Future of Humanity, futurist, author, and technologist, Byron Reese identifies these as fundamentally philosophical, not technical, questions. Instead of telling the audience what he thinks, he teaches them how to apply their own beliefs and values to them to come up with their own answers.

Byron then proceeds to tell the story of technology over the last 100,000 years, focusing on three times in the past when we created a technology so profound that it permanently altered our bodies and minds, changing the trajectory of human history in a dramatic way. Byron believes that humanity is about to be so transformed a fourth time, due to artificial intelligence and robots. Read Less ^

Education in the 21st Century

How should education change? How will it? What skills will ensure that a person can economically contribute in a world of radical technological change? Read More >

In this talk, futurist, author, and technologist, Byron Reese answers these questions and explains that the University system is a 12th Century French invention that remains to this day largely unchanged from it origins in the Middle Ages. "Our K-12 system is a 19th Century German invention designed to produce homogenous factory workers," he says. "It too remains unchanged since the late 1800s. Now, we find ourselves in a world that has changed in ways no one expected. Now, the two most important job skills are the ability to independently learn new skills and working collaboratively with a team, neither of which are taught in our existing framework." Read Less ^

“Byron’s talk was spectacular. He took the time to speak with me in advance about our event and crafted a presentation that perfectly fit our theme. He kept the audience engaged throughout the presentation both through the thought provoking topics he discussed as well as the visual images he included. On top of all this, he was exceptionally easy to work with before, during and after his presentation. He truly made my job easier.”

“Byron was an absolute hit and everyone truly enjoyed hearing his insights on the intersection of history, technology and our future. His passion and energy on the subject matter is unmatched! Further, we greatly appreciated all of the time he spent with our team and guests.”

“It was a pleasure having Byron Reese on our campus. Not only was his presentation to nearly 400 faculty stimulating and well-received, he also was personable and generous with his time in discussing ideas with faculty before and after the presentation. Byron’s visionary approach and dynamic style provided an instant connection to the audience.”

"Byron was awesome! His session has gotten very positive feedback on our post-meeting survey, and it’s been fun to hear references to his presentation come up in meetings over the past week. And as a communicator I’m still in awe of his deck. So awesome!"

"Byron kicked-off our event with a great, future-focused Keynote presentation, giving us his predictions for technology’s influence on small business lending. Attendees enjoyed his well-informed outlook for our industry and continued the conversation for the duration of the conference. Both engaging and informative, I would recommend Byron as a speaker for anyone hosting a similar event."

"Byron delivered what he promised: a customized presentation that provided an insightful and uplifting backdrop to further discussion on technological trends. I am very grateful that Byron stayed after the presentation to meet the audience and offer autographs to everyone."

"Byron is an insightful and inspiring speaker on the future of AI - and the changing nature of what it means to be human. We were thrilled to have Byron share the CTA stage at CES last year."

The Fourth Age: Smart Robots, Conscious Computers, and the Future of Humanity

Infinite Progress: How the Internet and Technology Will End Ignorance, Disease, Poverty, Hunger, and War

After Shock: The World’s Foremost Futurists Reflect on 50 Years of Future Shock―and Look Ahead to the Next 50 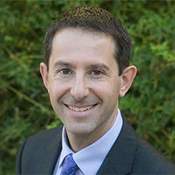