The go-to expert on disruptive tech and science in a fast-changing world, David Pogue is a New York Times best-selling author, beloved CBS Sunday Morning correspondent, NOVA host on PBS, and New York Times contributor. Whether he’s covering AI, autonomous vehicles, the future of technology in healthcare, a post-robot world, or climate change, David is a master communicator who brings even the most non-technical audiences up to speed. His highly entertaining keynotes prove that science and technology blend brilliantly with storytelling, humor, and, frequently, music and song. David Pogue provides invaluable insights on how technology impacts our work, businesses, health, society, and connections with each other — now and into the future. Read More >

David has been at the forefront of new and emerging tech trends for decades. For 13 years, he wrote the weekly tech column for the New York Times; for a decade, he wrote a monthly column for Scientific American. His work CBS Sunday Morning has won him six Emmy awards.

David is one of the world’s best-selling “how-to” authors, with more than 120 titles and 3 million copies in print. These include seven books in the For Dummies series, his New York Times best-selling Pogue’s Basics series of essential tips and shortcuts, and the Missing Manual series of computer books. His 2021 book, How to Prepare for Climate Change (Simon & Schuster), provides practical advice on preparing for an era of extreme weather events and other climate-caused chaos. His podcast, Unsung Science, features episodes which tell the origin story of an innovative science or technology achievement — as told by the characters themselves, from their first inspiration to the times they almost gave up.

With broad appeal to general, business, healthcare, and tech audiences alike, David Pogue brings expansive knowledge, engaging wit, and an occasional song to center stage. Audiences leave as informed as they are entertained, with an enlightened perspective of the state of science and technology today — and how it’s shaping everyone’s tomorrow. Read Less ^

The Internet of Good (and Bad) Things

Tips and Shortcuts to Improve Your Life

Disruptive Tech & How it Will Affect Your Business: What’s Coming by 2026

With over 30 years of experience reporting technology trends — and the entertaining style that has earned him six Emmys for his CBS Sunday Morning stories — New York Times best-selling author David Pogue examines how technology will continue to impact your industry, business, customers and change society and culture. From AI and climate tech to the Internet of Things, sharing the next wave of consumer tech impacting the workplace, drones and robotics, self-driving cars and flying taxis, wearable medical sensors and software and the latest disrupters emerging on the horizon, David combines knowledge gained researching and writing, and simplifies the complex as he prepares audiences to take on the future.  He will take you on a wild ride through the cutting-edge science and technology that is powering a next wave of technological innovation. David’s funny, fast-paced snapshot will bring you up to date – with a heads-up on how to succeed in a world we’ve never seen before. Read More >

This engaging and informative talk is intended to be tailored to the client’s specific industry and business challenges. David Pogue will confer with you prior to your event to discuss your goals and customize content to make it highly relevant to your audience. Read Less ^

From autonomous vehicles and delivery drones to unmanned grocery stores, we’ve seen a rise of people-replacing technologies within the last few years.  As these changes continue, it’s time to start thinking about the post-robot, post-AI world. What will all of these displaced workers do? How will they get an income? Most of all, how will they find meaning? In this talk, New York Times best-selling author David Pogue explores where we are on the road to automated employees, preparing audiences practically and emotionally for that very near future. Examining both the societal and individual impacts, David looks at the challenges ahead and evaluates some of the solutions.

It doesn’t matter. The time for bickering is long gone. The world has warmed, natural systems are going haywire, and you should begin to prepare.

Most people assume that governments, corporations, and institutions are the only entities capable of developing protection against climate chaos. But for his new book How to Prepare for Climate Change, New York Times bestselling author David Pogue spent a year researching the answers to a new question: How can an individual prepare for the coming era of chaos?

Where to live. How to build. Where to invest. What to eat. What to grow. What to study. How to talk to your kids (and whether to have them). How to be medically prepared. And, as extreme-weather events become more commonplace in every state in America, how to prepare for flooding, wildfire, drought, hurricane, heat waves, and social breakdown.

This presentation is lively, current, eye-opening, filled with surprising revelations — and, ultimately, uplifting. After having our heads pounded day after day by depressing headlines, Pogue presents a breath of fresh air: A practical path forward that’s entirely within your own control. Read Less ^

In Pittsburgh, nobody sits at a red light anymore if there aren’t any other cars at the intersection. In Palo Alto, nobody clogs the streets driving around looking for parking; an app shows them where the open parking spots are. In Singapore, public cameras issue you a ticket automatically if you spit in public. Read More >

Welcome to smart cities, where cheap sensors and city-wide Internet let the moving parts of urban life talk to each other—and to city departments and city residents. The goal is a massive savings of money, time, and carbon emissions, not to mention improved public safety and convenience. The challenges: Funding, know-how, and striking the right privacy balance.

In this entertaining, informative crash course, five-time Emmy-winning tech columnist David Pogue traces the smart-city timeline—from the past (the smartphone, Internet of Things gadgets, smart buildings) to a vision of tomorrow’s cities—with examples, case studies, and a wry sense of humor. Read Less ^

Flat-earthers. Climate deniers. Anti-vaxxers. Something has changed in America, a nation that used to trust and take pride in its scientists—and in the case of vaccine hesitancy, it’s killing people. How did we get here? Read More >

Part of it is how fast science is evolving. Nobody questions the science of melting ice or photosynthesis — it’s just new science that’s suspect, coming on too fast for adults to process. (By January 2021, over 90,000 COVID papers had been published.)

We also suffer from mixed messaging from our authorities, the rise of misinformation on social media, and the uncontrolled politicization of science.

And yet weirdly, 84% of Americans still say that they trust scientists to act in the public’s best interest — down only 2% during the pandemic. What’s going on?

In this fascinating deep dive, David Pogue explores the American science-trust crisis, gets inside the heads of doubters — and outlines a path to making things better. Read Less ^

"David Pogue was fantastic! We got super evaluations regarding his presentation. He was the perfect luncheon speaker for our event. Also, he is such a great and fun person – we all enjoyed getting to meet him and enjoyed his presence."

“Just wanted to drop you a note about David Pogue – our group loved him! I especially appreciated his attitude – he was so nice and easy to work with. He was stopped in the hallway of the convention center by many people and he took the time to talk to them and have his picture taken with him. After his keynote address – people stood in line for 30 minutes to talk to him. And he patiently stood there and greeted each one.”

“….it went well! We had quite a few digital attendees and folks in the room found it very insightful.  We had a reception with influencers last night and received a lot of compliments on it….it was great having him at the show.”

"THANK YOU for recommending David Pogue to speak at our annual event. He was fabulous! Even better than expected. Loved, loved his talk. I wish he lived in Michigan, I would hire him daily."

"David was fantastic! He was very well-received by all. He was funny, articulate, and extremely interesting. The songs at the end were great! APB has been great to work with and your processes are easy to follow. Great working with you on this!"

"Everything went really well. David was a delight to have on campus – very personable, easy for students and faculty to interact with. Several faculty and students have approached me to say how much they enjoyed his presentation yesterday evening. Thanks for all of your assistance in making yesterday’s visit happen!"

"Hands down, he’s the best speaker I’ve hired in many years and the best kept secret in the world of speaking."

"He was great…. David was a hit!  Extremely approachable and easy to work with."

“David was incredible. Fantastic presentation, generous with patrons, donors and VIP’s. Easy-going and charming, as is his natural personality. Nothing but glowing reviews from everyone who attended the evening. Overall, a perfect way to start the festival.”

- Midland Center for the Arts

"David Pogue was marvelous. We didn't our past speaker could be topped in terms of audience response and appreciation, but I think David did it. He was so informative, so relaxed, and so personable - and funny, and entertaining - I could go on. We especially appreciated how generous he was with his remarks at the luncheon and the time he spent int he Q and A. Thanks for all you have done to facilitate this lecture!"

How to Prepare for Climate Change: A Practical Guide to Surviving the Chaos

Pogue's Basics: Life: Essential Tips and Shortcuts (That No One Bothers to Tell You) for Simplifying Your Day

The Heart of "The Cloud" is in Virginia

What jobs will be left in a robotic nation? August 2017, CBS Sunday Morning 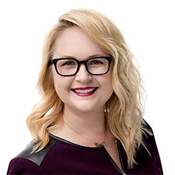