Known as “The Face of Recovery,” Candy Finnigan is a nationally recognized addiction specialist, interventionist, lecture series speaker and noted author who has been involved in all areas of the recovery business for over 25 years. Finnigan was one of the original featured interventionist on the Emmy Award-winning, critically acclaimed A&E series Intervention for all 13 seasons. Finnigan and the show have been widely praised since 2004 as a groundbreaking example of how reality television and therapeutic efforts could be combined. The show received four Prism Awards from the Entertainment Industry Council for its commitment to raising public awareness of the epidemic of alcoholism, drug addiction and mental health issues. Read More >

Finnigan received her Certification in Chemical Dependency from UCLA and did her internship at Cedars-Sinai Hospital where she worked in Addiction Services. She was certified in Sex Addiction and Codependency by Dr. Patrick Carnes and holds a certificate in the Gorski method, having been trained in 1996 by Terence Gorski. Finnigan also belongs to the Association of Intervention Specialist and received her intervention training from the man who developed the process, Dr. Vern Johnson.

Finnigan’s book, When Enough is Enough, has become the comprehensive guide to intervention and helps loved ones understand and monitor the process. Using her incredible experiences as support, she has done extensive workshop trainings in the fields of dual diagnosis and psychiatric treatments. As the co-founder of the acclaimed MAP (Musicians Assistance Program or Musicares), Finnigan continues to educate and facilitate through a variety of efforts in the recovery community.

Personally in recovery for over 27 years, Finnigan has dedicated herself to helping others achieve sobriety. “I was inspired to go into this work because I saw that as a recovering woman, I might be able to connect with suffering people in a way that others couldn’t,” Finnigan says.  “It’s not just my work, it’s my life.” Hearing her powerful speeches will help audiences better understand the world of addiction and how to move forward from crisis. Read Less ^

The Family During, Before and After a Crisis

Candy Finnigan has had many years of experience dealing with families before, during and after a crisis through the Emmy award-winning TV series Intervention. In this speech, Finnigan provides audiences with a comprehensive guide about how interventions can help during a crisis. By defining what a crisis is, deciding when it is best to take action, understanding the family’s role, and knowing if an intervention is essential are all lessons this well-known addiction specialist will teach your audience.

The Many Faces of Addiction

For 25 years, Candy Finnigan has been a nationally and internationally recognized interventionist and addiction specialist. With incredible firsthand experiences, Finnigan has become the go to person for identifying the many faces of addiction. In this speech, she covers alcohol abuse, drug addiction, gambling addiction, eating disorders, and other dependencies. She helps audiences understand the mental state and denial people experience with addictive behavior as well as what should be done to support them. Sharing personal stories and examples of selecting the best options, Finnigan provides sound advice for those struggling through the cycle of addiction.

The Glamour of Addiction: Our Obsession with Celebrities in Crisis

Candy Finnigan’s take on the glamour of addiction and the public’s obsession with celebrities in crisis is a unique one. She brings the audience inside the rise and fall of celebrities in addictive situations, including the differences between the success of Britney Spears and the downfall of Lindsay Lohan. Finnigan also discusses why we as a society make excuses for celebrities and how their rock bottom is perceived differently than regular addicts. In this eye opening speech, the famous interventionist raises awareness about addiction in America.

The Face of Recovery: An Inside Look at "Intervention"

Candy Finnigan is not only a certified interventionist and addiction specialist, but she is also known as “The Face of Recovery” on the Emmy award-winning TV Series Intervention. With many years of experience as a practicing interventionist, Finnigan gives audiences an exclusive look into the secrets of the show’s amazing successes, insightful stories from behind the scenes and the most frequently asked questions about the addicts on the show. Delving into her own personal story of addiction and recovery journey, Finnigan’s powerful speech will leave everyone wanting to learn more about the faces of addiction and recovery.

When Enough is Enough: A Comprehensive Guide to Successful Intervention 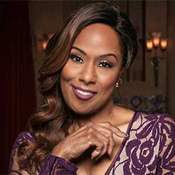 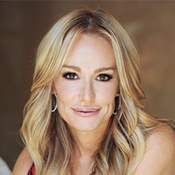