Celebrated author and sought-after inspirational speaker, Caylin Moore invigorates audiences with wisdom from his journey of overcoming seemingly insurmountable obstacles to striving to leave the world better than he found it. His against-all-odds journey from the cruel poverty of a gang-ridden Los Angeles community to becoming a Rhodes Scholar is detailed in his acclaimed book, A Dream Too Big: The Story of an Improbable Journey from Compton to Oxford. His work has been featured by Good Morning America, Sirius XM Radio, ABC News, NBC LA, Home and Family, Hallmark Channel, and The 700 Club amongst other media outlets. His book was named a Good Morning America Anchor’s Favorite Books of 2019, was an Amazon Bestseller in Sociology of Urban Areas and came out in paperback in June of 2020. Read More >

A burgeoning thought leader, Caylin seeks to reform the way we think about and respond to gang membership, education and urban poverty. His experiences growing up in Compton and South Central Los Angeles inform his scholarly interests. By taking advantage of the limited educational opportunities in his community, Caylin excelled through high school and college to become a US-UK Fulbright Summer Institute fellow at the University of Bristol and a Public Policy and International Affairs Junior Summer Institute fellow at Princeton University amongst other prestigious academic awards and fellowships. As a student-athlete at Texas Christian University, he became founder and president of S.P.A.R.K. a community outreach organization encouraging youth to pursue education as a means of community uplift. Caylin’s sustained mentorship and engagement with disadvantaged communities has led his work with S.P.A.R.K. to be featured as part of his November 2016 ESPN cover story and recognition as a member of the 2017 AllState Good Works ® Team.

Caylin went on to become a 2017 Rhodes Scholar, graduating from the University of Oxford in England, where he earned his Master’s of Science in Latin American Studies. Caylin is currently earning his Ph.D. in Sociology at Stanford University and is a Ford Foundation Fellow, aspiring to become a university professor. Caylin’s research agenda examines urban neighborhoods, criminal justice policies, and how such policies impact community social networks. Thus far, his research appears in the Annual Review of Criminology (2022) and the Oxford University Press Handbook of Gangs and Society (2022).

Caylin Moore has garnered much praise for his keynote speaking abilities and his gift of storytelling. He connects with a broad spectrum of audiences, as he works closely with clients to customize his speaking to align with the objectives of a particular event. Whether he is speaking about A Dream Too Big, the collaboration between education and community, dealing with pressures to succeed, carving out meaning, navigating higher education as a person of color, or dream inequality, his presentations are rich with actionable takeaways and leaves audiences awe-inspired. Caylin has spoken at a multitude of high-impact venues: non-profit organizations such as the NCAA, community organizations such as the Community Action Association of Pennsylvania, and institutions of higher education such as Yale University, Johns Hopkins University, Ole Miss, and the University of Texas at Austin to name a few.

As a testimony to his power to communicate through writing, notable figures have praised A Dream Too Big. #1 New York Times Best-selling author Ron Hall called his book “an inspiring tale that should be mandatory reading for every student, parent, and anyone else interested in the success of those who will shape and define our future.” New York Times Best-selling author Wes Moore said, “Caylin’s story is not just inspirational, it is instructional.” Emmy-Award Winning Anchor of Good Morning America and Pro-Football Hall of Famer Michael Strahan said, “What an inspiring story. How he was able to use his wits and his smarts to stay out of trouble and to excel in life... I thought that this book needed to be put out there in the forefront because you can never have a dream too big to accomplish.” Caylin’s story proves that there is no such thing as a dream too big. Read Less ^

A Dream Too Big

A Dream Too Big: The Story of an Improbable Journey from Compton to Oxford

In this inspiring keynote, drawn from his acclaimed book A Dream Too Big: The Story of an Improbable Journey from Compton to Oxford, Caylin Moore shares his against-all-odds journey from the cruel poverty of gang-ridden Los Angeles to becoming a Rhodes Scholar attending Oxford University. Caylin’s story is one that could have led him to gangs and prison: a hungry child, kept awake at night by the sounds of gunfire and the scratching of rats and roaches. Instead, by holding onto hope and embracing his mother’s steely faith in education, he rose above his circumstances to reach the pinnacle of academic achievement as a Rhodes Scholar and future college professor. #1 New York Times Best-selling author Ron Hall called his book "an inspiring tale that should be mandatory reading for every student, parent, and anyone else interested in the success of those who will shape and define our future." Best-selling author Wes Moore said, “Caylin’s story is not just inspirational, it is instructional.” Caylin’s story proves that there is no such thing as a dream too big.

Finding My Way & Carving Out Meaning

The process of finding out what you want to do and who you want to be should be approached with care and guidance, not angst and pressure. This talk provides an alternative philosophy to finding your way, that centers around gainful experiences and exposure that lead to the pursuit of inspirations and passions. Caylin Moore discusses his winding path, his inspirations, and how they have led him to a fulfilling career choice as a future college professor. His curriculum examines journaling, goal setting, the outlining of values, exploration of ideas and goal review. This talk is ideal for high school and college students, and those that have a vested interest in these students “finding their way and carving out meaning.”

Dealing with Pressures to Succeed

Mental health experts find that the pressures for children to succeed are more intense and begin earlier than ever. Considering the ramifications of this perfectionistic culture, this is a perfect speech for students, as well as teachers and parents who are looking to relieve this devastating pressure. Caylin Moore, who was under incredible pressure to rise above poverty, opens up to discuss a healthy relationship between personal ambition and personal life, and focuses on the importance of our inspirations and reasoning behind pursuing our goals. He explores genuine self-development, as opposed to “trophy collection” and “resume building,” and provides tools and tips for self-care.

Navigating Higher Education as A Person of Color

Caylin Moore has developed a sharp awareness of how systemic inequalities can affect an underrepresented student’s ability to thrive from research and lived experience. As he explains how he found his sense of belonging as an African-American male student-athlete coming from inner-city poverty, he pushes back against the pressures of the “Be twice as good, expect half as much” narrative. In this talk, Caylin explains his process of eschewing “imposter syndrome” and explains how he responded to his multiple adversities in pursuit of his dream of helping his community. This speech is perfect for university organizations interested in decolonizing academic spaces, championing diversity and inclusion, and equipping students of color with tips, tools, and the inspiration to achieve.

The Collaboration Between Education & Community

Caylin present critical insights to the collaboration between educational institutions and community organizations, and how these forces can be a “saving grace” in a young person’s life. Drawing upon lived experience in inner-city Los Angeles and scholarly research, he provides a sobering and refreshing discussion into how both of these forces have the potential to interact and cultivate youth for the better. He also provides tips and tools for those that engage with youth who face daily challenges. This speech is perfect for community organizations and educational institutions who want to understand the efficacy of their work and how it can one day produce change-makers, lifesavers and even, Rhodes Scholars.

Drawing on his first book A Dream Too Big and his theory of “Dream Inequality” Caylin Moore illuminates some of the internal and external factors that limit dreaming for many youth in impoverished and adverse circumstances. It is difficult to envision one’s self as a success at most anything, if you have learned to expect incarceration or death at an early age. This talk will provide context, and expert tools and tips to anyone who has an opportunity to embolden youth to expand their vision of themselves and pursue their dreams.

Caylin Moore discusses the pathways created through fellowship and scholarships. His success in winning the Rhodes Scholarship, US-UK Fulbright, and other prestigious awards allows him to provide unique insights into the preparation, application and interview processes. Bridging the chasm between Compton and Oxford was no light feat. Like many students, especially those coming from underrepresented backgrounds, he had to first understand that he belonged and had to convince himself that he was more than worthy of applying. Caylin centers this talk on his process of self-belief, the changes he is inspired to see in the world, and tools and tips for success for those who are interested in these opportunities.

"Everyone LOVED Caylin! Not only did I listen, I did the introduction and lead the Q&A. Caylin was an absolute pleasure to work with."

"I just wanted to let you know that Caylin was absolutely PHENOMENAL at both our Luncheon and our teacher event the day before. Our guests loved him, and he was so captivating! I really appreciate your help and coordination!"

"Everyone I have heard from was incredibly impressed with him. He had done some research on who were are and tailored his presentation accordingly. I thought that speech hit home. I loved his speech."

"The event was excellent – Caylin was engaging and the students asked tons of questions!"

"Caylin was everything I was hoping for. My attendees were completely bowled over by his story told in a down to earth, sincere manner. He is a delightful young man who genuinely listens to others and comes across as someone you want to root for. He cares about others – its obvious in every interaction he had. He just blew everyone away. One attendee told me Caylin was the best speaker we’ve had in 12 years (and we’ve had some good ones!) Such a special person."

“The members of our Board that attended that event were so impressed with him and would like to consider having him speak again at our annual Youth of the Year gala.”

"There are no words!!!! I want you to know I don’t give compliments lightly. Let’s see if I can say this briefly: In the 20 years I have been at FSU and 4+ keynote addresses annually, this is the one keynote message I will carry forth as much in my heart as in my mind. I’m not embarrassed to say I think the experience was 'life altering' for our students and attendees. So relatable and down to earth. Our students rallied around him and I’ve received nothing but the highest compliments for FSU from his speech. I expressed my reaction directly to Mr. Moore following the ceremony and hope he knows how seriously I meant those words. I received as much personally as any student, faculty or staff attending."

A Dream Too Big: The Story of an Improbable Journey from Compton to Oxford 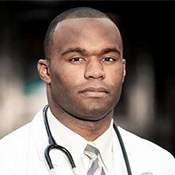