CeCe is an investigative genetic genealogist and media consultant. She is the Founder of DNA Detectives and the Chief Genetic Genealogist for Parabon Nanolabs, heading their Genetic Genealogy Services for law enforcement unit, boasting the unparalleled record of over two hundred successful identifications of violent criminals in the four years since the unit’s launch. Her work has led to the first conviction, the first conviction through jury verdict, and the first exoneration in criminal cases where the suspect was identified through investigative genetic genealogy. The ABC News documentary series, The Genetic Detective (aired prime time in Summer 2020), featured CeCe using her unique research skills to assist law enforcement in the pursuit of justice. Read More >

Throughout the last decade, CeCe has pioneered the use of autosomal DNA to resolve unknown parentage and family mysteries. In recognition of her contributions to the field, CeCe has been appointed a 2019 - 2021 Non-Resident Fellow of the Du Bois Research Institute at Harvard's Hutchins Center. As a leading proponent of genetic genealogy education, CeCe is the co-founder of the Institute for Genetic Genealogy. She has taken a leadership role in creating educational resources for the emerging genetic genealogy field and helped create and teach the groundbreaking first genetic genealogy courses at the premier genealogical institutes, including Genealogical Research Institute of Pittsburgh, Salt Lake Institute of Genealogy, Institute of Genealogy and Historical Research and Forensic Genealogy Institute. Further, CeCe organized the cutting-edge Institute for Genetic Genealogy conferences, held 2014-2020. She founded and manages the largest educational online DNA-focused forum, the DNA Detectives Facebook group, which boasts a following of over 175,000 members, along with many other specialized subgroups.

CeCe has been a core production member as the full-time genetic genealogist of the PBS Television documentary series Finding Your Roots with Henry Louis Gates, Jr. continually since 2013, working on eight seasons and analyzing the DNA of hundreds of celebrities. She has worked as an ABC News Consultant, collaborating regularly with 20/20, showcasing her cutting-edge work reuniting individuals of unknown parentage with biological relatives through genetic genealogy, and helping law enforcement to resolve cold cases. She has appeared frequently as a genetic genealogy expert on TV shows, including 60 Minutes, The Dr. Oz Show, The Today Show, Good Morning America, NBC Nightly News, Nightline, 48 Hours, CBS This Morning, PBS NewsHour, Fox News, CNN International’s Smerconish, Dr. Phil, The Doctors, Finding Your Roots and Canada’s The Fifth Estate, and has been profiled in the New Yorker, New York Times Magazine, Wall Street Journal, Bloomberg, MIT Technology Review, The Guardian (UK), Sunday Times (UK), Le Monde (France) and Haaretz (Israel). Her work has also been featured in hundreds of articles and books including the New York Times, Washington Post, Business Insider, Wired, The Atlantic, Los Angeles Times, Live Science, Fox News, People Magazine, Harper's Magazine, The Foundling, and The Lost Family. In 2018, she was recognized by the Orange County Register as one of the Ten Most Influential People in Orange County, CA. She is a long-time member of Screen Actors Guild and Mensa, and the proud mother of a teenage boy. Read Less ^

A Conversation with CeCe Moore

"CeCe was a great speaker: informative, entertaining, and careful to target her presentation to her audience. She was very well received, and I would highly recommend her." 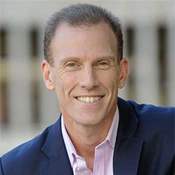