Jamie Metzl is a leading technology futurist, healthcare futurist and geopolitics expert who specializes in making revolutionary science understandable to the general public. He speaks regularly at some of the world’s most prestigious venues including South by Southwest, Google Zeitgeist, and Singularity University, and is a regular guest on CNN, Bloomberg, BBC, CBS, and other national and international media. His syndicated columns and other writing on genetics, virtual reality, Asian affairs, and other topics are featured regularly in the New York Times, Washington Post, TechCrunch, Foreign Affairs, and other publications around the world. Jamie was also named one of the "Top 100 Human Resources Influencers of 2019" by Engagedly. He is the author of the historical novel The Depths of the Sea, and the genetics sci-fi thrillers Genesis Code and Eternal Sonata. Read More >

Jamie is a Senior Fellow for Technology and National Security of the Atlantic Council, a faculty member for Singularity University’s Exponential Medicine track, and an expert in international affairs and biotechnology policy. In February 2019, Jamie was appointed to the World Health Organization expert advisory committee on developing global standards for the governance and oversight of human genome editing. Jamie previously served as Executive Vice President of the Asia Society, Deputy Staff Director of the U.S. Senate Foreign Relations Committee, Senior Coordinator for International Public Information at the U.S. State Department, Director for Multilateral Affairs on the National Security Council, and as a Human Rights Officer for the United Nations in Cambodia. He has testified before Congress on the national security implication of the biotechnology and genomics revolutions and was Chief Strategy Officer for a genetics biotechnology company.

Jamie helps organizations unlock the potential of their employees in the context of rapid technological change. A founder and Co-Chair of the national security organization Partnership for a Secure America, Jamie is a board member of the International Center for Transitional Justice and the American University in Mongolia, a member of the Advisory Board of the Brandeis International Center for Ethics, Justice, and Public Life and 92Y’s Center for Innovation and Social Impact. A member of the Council on Foreign Relations and former White House Fellow and Aspen Institute Crown Fellow, Jamie holds a Ph.D. in Asian history from Oxford, a JD from Harvard Law School, and is a magna cum laude, Phi Beta Kappa graduate of Brown University.  He has completed thirteen Ironman triathlons, twenty-nine marathons, and twelve ultramarathons. Read Less ^

TEDx: Are You Ready for the Genetic Revolution?

The Future of Human Genetic Engineering

From Precision to Predictive: Genetic Revolution to Healthcare & Beyond

The Cutting-Edge Science of Human Longevity

Beyond the Blue Zones: What the Revolutionary Science of Human Life Extension Means for You

Most everybody knows we should exercise, eat well, build meaningful communities, and reduce stress to live healthy longer. But the revolutionary new science of human life extension is creating enticing new possibilities for using technology to extend our lives far beyond what nature intended. While the quest for immortality has been the stuff of fairy tales, the new science of life extension will soon be pushing the limits of aging and unlocking human potential in ways our ancestors never could have imagined. Technology futurist Jamie Metzl explores the latest breakthroughs in the science of human life extension that promise to gain is more of life‘s most precious commodity: time. Jamie explains what individuals, companies, and governments must do now to prepare for this revolutionary future that will fundamentally reorganize our societies and global economics.

From Precision to Predictive: Genetic Revolution to Healthcare & Beyond

The transition from today’s system of generalized medicine based on population averages to the new model of precision healthcare based on each person’s individual biology is already well underway. But the use of the precision medicine tools of genome sequencing, big data analytics, and targeted gene therapies to treat cancer and other diseases are paving the way for a system of predictive healthcare where parents will know and begin responding to their children’s future risk of developing hereditary disorders like early onset Alzheimer’s and coronary heart disease starting before their children have even been born. In addition to predicting these types of health outcomes, genetic analysis will also enable us to predict and ultimately influence the genetic components of broader human traits like the IQ, athletic ability, and personality style of our future children. The genetics revolution will fundamentally transform our healthcare, the way we make babies, and the nature of the babies we make, but health professionals, the business community, and society at large are not at all ready.

What You Need to Know About the Future

Converging political, geopolitical, and technological revolutions are making now the greatest moment of global change at least since 1945 and possibly ever. With nationalism rising around the world, the post-war international order in rapid decline, China significantly expanding its global influence, and the AI, genetics, blockchain, and other revolutions shaking the foundations of the world we’ve known, the pressure is mounting for individuals, companies, and countries to either understand and quickly adapt to these converging super-trends or pay a massive competitive price. In this talk spanning the wide range of factors transforming our world at lightning speed, geopolitical expert and technology futurist Jamie Metzl paints a vivid picture of where we are heading and outlines key principles for how individuals, companies, and countries can best position themselves to ride the rising tidal wave of revolutionary change.

The overlapping genetics and AI revolutions are transforming our healthcare, the way we make babies, and how long we live. This revolution will be the greatest opportunity of our era, and also the greatest challenge – and it will have massive business implications that will increasingly define organizational success and failure in the 21st century. Read More >

Corporations have struggled for decades to build open and inclusive workplaces comfortable to people of all races, nationalities, genders, ages, and sexual orientations. In the fast-arriving genetic age, companies will need to figure out such issues as how to deal with predictive health information, whether to cover egg freezing, embryo selection, and embryonic gene editing for employees,  and how to help employees prepare for longer than expected lives. While this may seem like science fiction, this future is already here. The genetics revolution will alter our perception of workforce capabilities and potentials and challenge even the most forward-thinking of corporations. It will upend traditional notions of equity, diversity, and inclusion. It will change much of everything.

But are you ready? Read Less ^

After four billion years of evolution through the Darwinian principles of random mutation and natural selection, our species is about to take control of our evolution. The genetic revolution will allow us to eliminate genetic diseases which have plagued our ancestors for millennia, live longer healthier lives, and transform how we make babies and ultimately the nature of the babies we make. The genetics revolution will be the greatest opportunity of our era, and also the greatest challenge – and it will have massive business implications that will increasingly define organizational success and failure in the 21st century.

In this exciting talk, Jamie Metzl explores the latest technological breakthroughs in the science of human life extension and their implications on the personal and societal levels. While the quest for immortality has been the stuff of fairy tales, the new science of life extension is very real and will soon be pushing the limits of aging and unlocking human potential. Jamie, a rare combination of science expert and science fiction writer, brings the science to life and explains what people can and should be doing now to prepare for this revolutionary future that will fundamentally reorganize modern societies and have monumental implications for businesses and other organizations.

"We invited Jamie to give a keynote address to 500 doctors at a major medical convention. His brilliant talk simply blew people’s minds and made them think differently about where medicine is heading and what that means for all of us. With tremendous thoughtfulness, energy, creativity, and skill, Jamie helped participants imagine how they might ride the wave of exponential change toward greater success rather than be crushed by it. The positive response was overwhelming. Jamie is a superstar."

"Jamie was a riveting, entertaining, and thought provoking speaker who immediately captured the attention of our audience. No boring slides or promotional agendas. Jamie simply shared provocative ideas and stories designed to encourage conversation and spark a movement of positive change. He is a delight to work with, and I highly recommend him for any stage."

"Jamie was the closing keynote at our global CEO conference.  He had an uncanny way tying together all of the themes from the previous sessions, into a masterful and thought provoking closing.  No canned script, no death by PowerPoint, but an engaging, entertaining and intelligent talk worthy of our audience. Jamie's keynote had the energy and enthusiasm of a rock star, and left our audience wanting more.  I would most certainly book Jamie again for another YPO event!"

"Jamie’s compelling discussion and deep insights into the intersection of assisted reproductive medicine, genomics, stem cell tech and human genetic engineering were truly compelling and generated a tremendous amount of interest and engagement from our diverse group of healthcare providers. In a very short time he was able to capture the imagination of the audience and bring them face to face with the profound implications of our very near biomedical future."

"Ivy hosts dozens of incredible lectures led by leading minds around the country each year, but I've never seen our members as engaged with the speaker and the subject matter as they were with Dr. Metzl. He captivated the room with the intricacies of the future of science and humanity. After the lecture members lingered for more than two hours discussing the implications of the future of genetic engineering and debating what, if anything, should be done about it."

"Jamie Metzl spoke to a captivated audience about a fascinating and complicated subject. Bio-engineering and its impact upon the future of mankind was the topic Dr. Metzl aptly articulated in an enthralling yet relatable style. From the start, he built a genuine rapport with the audience as he communicated so that each person understood as clearly as possible the subject matter. Jamie’s presentation was amazingly fluid and perfectly paced as he spoke effortlessly without notes or prompts. ‘Jamie is the best speaker we’ve ever had.’ ‘This event was a home run because of Jamie Metzl!’ ‘Jamie is engaging and smoothly breaks it down.’ These are just a few samples of the positive comments received from the audience after the presentation. Our community is excited about Jamie’s return for an encore"

"Jamie spoke to the senior most lay leadership of our non-partisan, nonprofit organization on U.S. foreign policy and, particularly, as it relates to the Asia Pacific region—a topic that is difficult to address, both because it is inherently complex and politically sensitive. Jamie overcame these challenges and adeptly and tactfully addressed the issues, giving historical context and his own perspective in a clear and effective manner. His breadth of knowledge is impressive. Jamie is very personable, and his intelligence, confidence and personal charm were extremely well received. Many people commented after his presentation and the ensuing discussion that he is one of the best speakers they have heard in a very long while—and this is a group that is accustomed to hearing many high-level speakers. We look forward to the next opportunity to host Jamie as a speaker again."

Hacking Darwin: Genetic Engineering and the Future of Humanity

Eternal Sonata: A Thriller of the Near Future

Genesis Code: A Thriller of the Near Future 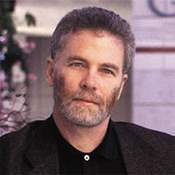