Christine Ha is the first-ever blind contestant and season 3 winner of the competitive amateur cooking television show MasterChef with Gordon Ramsay. She defeated over 30,000 home cooks across America to secure the coveted MasterChef title, a $250,000 cash prize, and a cookbook deal.

“The lady has an extraordinary palate, a palate of incredible finesse. She picks up hot ingredients, touches them, and she thinks about this image on the plate. She has the most disciplined execution on a plate that we’ve ever seen. But the palate is where it’s just extraordinary. And honestly, I know chefs with Michelin stars that don’t have palates like hers.” –Chef Gordon Ramsay, MasterChef judge Read More >

Ha holds a Master of Fine Arts from the nationally acclaimed Creative Writing Program at University of Houston, where she served as Fiction Editor for Gulf Coast literary journal, and a Bachelor of Business Administration from The University of Texas at Austin.

Ha’s first cookbook, Recipes From My Home Kitchen: Asian and American Comfort Food, was a New York Times best-seller. She has done several TEDx Talks, spoken about disability advocacy at the United Nations, and served as a culinary envoy overseas for the American Embassy as part of cultural diplomacy programs in Jordan, Serbia, Bosnia/Herzegovina, and Croatia. Ha was a co-host on the Canadian cooking show Four Senses and a judge on MasterChef Vietnam.

Ha received the 2014 Helen Keller Personal Achievement Award from the American Foundation for the Blind, a recognition formerly bestowed upon Ray Charles, Patty Duke, and Stevie Wonder among others. Ha’s first restaurant in Houston, The Blind Goat, was named a semi-finalist for 2020 Best New Restaurant in America by the James Beard Foundation. Her second restaurant, Xin Chào, opened in September 2020, and Ha has again been named one of the James Beard Award 2022 finalists for Best Chef, Texas region. Read Less ^

TEDTalk: How the Blind See the World

The Blind Cook: Food & Words Are My Creative Portals

Overcoming Adversity to Pursue Your Dreams

“Thanks, Charles! It was a complete success imo! We kept hammering Chef Christine, and she handled it all like a champ while cooking. Our colleagues were all so impressed with her skills and in awe of her talent.”

"IndependenceFirst was honored to have Christine Ha as our 2014 guest speaker. Christine’s personal story, heightened with her win on MasterChef, was heartwarming and inspirational. Attendees felt Christine was personable and eloquent. Guests were happy to have the chance to meet and have their cookbooks signed after the event where Christine was gracious and patient."

"Thank you so much for your help! The session went flawlessly and Christine was a HUGE hit! So many comments pouring in, thanking her for sharing her story so authentically and for being such an inspiration. I copied a few below. Thank you again for all you did to help make this happen! We could not have done it without you!
•Your story is so inspiring Christine, thank you for sharing it with us!
• As a parent of a Visually impaired young adult. Thank you
• Thank so much for sharing your story. It was exciting to see you on the show!
• Truly inspired! I really needed this talk today! Thank you to Christine
• Thank you very much, you help us with raising profile and what's great about the Asian culture to share more widely! :)
• Thank you for your insights today and the guidance to acknowledge, address and seek to be the best version of ourselves we can be"

Recipes from My Home Kitchen 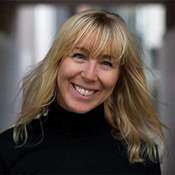