Dan Buettner is an explorer, National Geographic Fellow, award-winning journalist and producer, and New York Times bestselling author. He discovered the five places in the world – dubbed Blue Zones™ Hostpots – where people live the longest, healthiest lives. His articles about these places in The New York Times Magazine and National Geographic are two of the most popular for both publications. Read More >

Buettner now works in partnership with municipal governments, large employers, and health insurance companies to implement Blue Zones Projects in communities, workplaces, and universities. Blue Zones Projects are well-being initiatives that apply lessons from the Blue Zones to entire communities by focusing on changes to the local environment, public policy, and social networks. The program has dramatically improved the health of more than 5 million Americans to date.

His books, The Blue Zones: Lessons for Living Longer from the People Who’ve Lived the Longest, Thrive: Finding Happiness the Blue Zones Way, The Blue Zones Solution: Eating and Living Like the World’s Healthiest People, and The Blue Zones of Happiness were all national bestsellers. Buettner has appeared on The Today Show, Oprah, NBC Nightly News, and Good Morning America, and has keynoted speeches at TEDMED, Bill Clinton’s Health Matters Initiative, and Google Zeitgeist. His speech in January 2018 at the World Economic Forum in Davos was chosen as “one of the best of Davos.”

The Blue Zones of Happiness

What makes us happy? Most people are misguided or just plain wrong. Living our best life involves optimizing how we evaluate our life, how we experience it from day to day and how to live out our purpose. Following the model he pioneered with Blue Zones of Longevity, Buettner worked with Gallup to identify the happiest regions of the happiest countries in the world and distilled their lessons. He also drew from data that represents 95% of the world’s population and a consensus of the world’s top experts to debunk some commonly believed myths. Using stunning National Geographic photography, Dan brings the stories and concepts to life, offering an evidenced-based, long-lasting strategy to set up your life to live your happiest life.

The Making of a Healthy City

In 2009, Albert Lea, Minnesota, a statistically average American city, completed a one-year community health experiment that raised life expectancy by three years, trimmed a collective 12,000 pounds off waistlines, and dropped healthcare costs of city workers by some 40%. USA Today, Good Morning America, AARP, ABC Nightline, CNN, and US News & World Report all covered the story. Harvard's Dr. Walter Willett, writing in Newsweek magazine, called the results “stunning.” Dan Buettner, founder and director of the AARP/Blue Zones Vitality Project, created a “perfect storm” of health that transformed a city. He tells the fascinating story of how one typically obese American city of 18,000 reversed the trend and also got happier. Workplaces were an integral part of building enthusiasm and support. Dan's presentation takes audiences on the yearlong journey as this town adopts 28 evidence-based ways to change their environment to live longer and better. They got healthier without thinking about it.

"Dan's presentation was one of the best we have had and the doctors continued talking about Blue Zones through the entire rest of the meeting."

"Your tips for health and longevity added so much to the event. You truly exceeded our high expectations."

"Everyone was captivated about a topic that we hear quite regularly. Dan's message is unique, practical and fact based."

"Every comment we received was positive and accompanied with a request to be invited to his next presentation."

"Dan was rated our best speaker ever!"

"Dan did such a stellar job at our conference. We have no idea how we'll fill his shoes the next time we put on this event."

The Blue Zones Solution: Eating and Living Like the World's Healthiest People 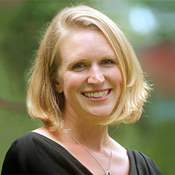 Co-founder of GoodThink, CEO of the Digital Wellness Institute 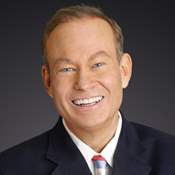