Dan Pallotta is a humanitarian entrepreneur, one of the world’s most forward voices on philanthropy and innovation, reshaping the nonprofit sector at an early age. While in college he organized 38 of his classmates to bike over 4,000 miles to fight world hunger. The experience later served as a spring board for other similar events. Read More >

He invented the multi-day charitable event industry. He created the Breast Cancer 3-Day walks and the multi-day AIDS Rides, which raised in excess of half a billion dollars in nine years and were the subject of a Harvard Business School case study. The model and methods he created are now employed by dozens of charities and raise in excess of $100 million annually for important causes from pediatric leukemia to AIDS to suicide prevention and many others. Within the past 10 years, his methods have been responsible for raising billions of dollars for these important causes.

He is the author of Uncharitable: How Restraints on Nonprofits Undermine Their Potential, the best-selling title in the history of Tufts University Press that parked a new conversation about economic freedom for the humanitarian sector. The Stanford Social Innovation Review said that the book, "deserves to become the nonprofit sector new manifesto." His newest book is, Charity Case: How the Nonprofit Community Can Stand Up for Itself and Really Change the World. Robert F. Kennedy, Jr. has described it as "An Apollo program for American philanthropy and the nonprofit sector."

Dan is a featured weekly contributor to the Harvard Business Review online.

He is the founder and Chief Humanity Officer of Advertising for Humanity, an agency dedicated to the expansion and transformation of high-impact humanitarian organizations. He is the founder and President of the Charity Defense Council, a national leadership movement dedicated to transforming the way the donating public thinks about charity and change. He also has given two iconic TED Talks that have been viewed millions of times.

He is member of the board of Triangle, a center for the developmentally disabled in Massachusetts, and a member of the Reason Project Advisory Board. He is a recipient of the Liberty Hill Foundation Creative Vision award, the Triangle Humanitarian of the Year award, the Albany State University International Citizen of the Year award, and the Seven Fund Morality of Profit Essay Prize. He is a William J. Clinton Distinguished Lecturer, and has spoken at Stanford, Wharton, Harvard Business School, Harvard Hauser Center for Nonprofits, Harvard Kennedy School of Government, Brown, NASA Jet Propulsion Laboratory, the Council on Foundations, the Gates Foundation, Hewlett Foundation, and the Milken Institute, among others.

TED: The Way We Think About Charity is Dead Wrong

TED: The Dream We Haven’t Dared to Dream

This is Dan’s flagship talk about how the way we think about charity is dead wrong. The talk has been delivered in 38 states and eight countries to wide acclaim and standing ovations. This is based on Dan’s book, Uncharitable, the best-selling title in the history of Tufts University press. The Stanford Social Innovation Review said it, “Deserves to become the nonprofit sector’s new manifesto.”

The Power of Purpose

A counter-cultural take in innovation. Great innovation doesn’t come from the desire to win. It comes out of a deep desire to contribute to the lives of others. Where most talks on innovation offer a list of tactics and how-to’s, this talk comes at the subject from an inspiring contextual perspective. People don’t leave with a new list, but with epiphanies, and new understanding of what it really takes to innovate.

The Dream We Haven’t Dared To Dream

This is based on Dan’s 2016 TED Talk on being. It’s about dreaming as boldly in the dimension of our being and our emotional lives as we do in science and technology. A powerful talk with a universally inspiring message for corporate, nonprofit and college audiences. It teaches us all to dream different.

"Dan was great! He was very easy to work with and our members were abuzz about how much they enjoyed him throughout the conference. Thanks for all of your help getting him to our show."

"We wanted to pass our sincerest thanks along to Dan Pallotta for participating in AFP Vancouver Chapter's National Philanthropy Day event. He was so gracious and patient. We just couldn't have asked for more. We are already receiving amazing feedback on his keynote. Thanks for all your help! It was a pleasure working with you and your team."

"I cannot say enough about Dan’s level of professionalism, patience, and kindness. His message has revolutionized the independent sector and many of us listening last week were thrilled to hear about the newly formed Charity Defense Council (CDC). A question that is frequently asked after hearing Dan speak is, “Where do we go from here?” With the advent of the CDC, Dan gives his listeners next steps and real life examples of action planning on the message. Dan Pallotta, his message, and his charismatic approach to putting a fire under the feet of our sector, is so desperately needed."

"Dan was amazing. He really connected with the audience and people were thrilled to hear his presentation. He was hounded afterwards by fans and people thanking him for his work. He's definitely polished and genuine. Thanks!"

- Office of the CIO, eBay, Inc

"Dan is a powerful, passionate and thought-provoking speaker, his ability to ignite our audience was remarkable. He really pushed the boundaries of our thinking and left the audience feeling motivated, important, and ready to move forward with our nonprofit work. Dan was a fantastic addition to our lineup of speakers."

"It was a great day. Dan’s off the cuff remarks were terrific – really conveyed his sense of passion and what drives him. He was fabulous, had a great presentation and the comments were all very positive. It was a great event and did a lot to raise DSVP’s profile in Dallas. Thanks so much for all you did to help with it."

"Thank you so much for your truly inspirational presentation/talk this morning. I can't tell you how many people came up to me during the course of the day to talk about their experience. They felt both energized and inspired! I have to say your presentation was one of the best and most thought provoking we have ever had. It was truly inspiring for many at a time when we really need it."

"The buzz in the room after both events was awesome! The crowd found Dan thought provoking, but he also managed to raise a lot of laughs. What is successful about Dan’s presentation is that he gives simple, yet powerful examples that people can put in their back pocket and use in future conversations."

"It was fabulous! Everyone loved Dan and his message. We have gotten wonderful feedback about his speech. He was a delight. I could not recommend him more highly. Many people said in our evaluation that he was their primary reason to attend."

"It was an absolute pleasure to meet you and hear you speak yesterday. Your comments were the most provocative and inspiring remarks I've heard in a long time. I also appreciated your sheer intellect and the brilliance of the materials you prepared. Thank you for having the courage to do what you do."

"You made an outstanding contribution to this community when you brought Dan Pallotta to Sarasota as a speaker. I have his book and cannot wait for a few days away to really digest and read his insights. My Board President was there and thought it was great and we both wished our entire Board was in the room."

"Your words struck a chord with so many in the room...Kudos to you and your work. I was inspired!" 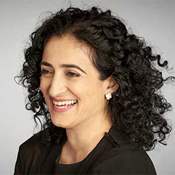 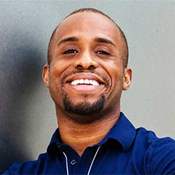