Father of Conceptual vs Experimental Theory of Creativity

Galenson began his career as an economic historian. His research focused on the history of American labor markets, and included a series of studies on the productivity and economic life cycles of indentured servants and slaves in the colonial period and European immigrants in the nineteenth century.

In 1997, while buying a painting by a contemporary artist, Galenson became intrigued by the life cycles of artists: when in their careers do painters produce their greatest work? Using quantitative evidence taken from auction records, art history textbooks, and retrospective exhibitions, he discovered that there are two distinctly different patterns: some painters do their most expensive – and most highly esteemed – work early in their careers, while others do theirs late in their lives. Qualitative evidence provided the reasons for these contrasting patterns, which stem from systematic differences in the life cycles of creativity. Conceptual artists, like Picasso, aim to express their ideas or emotions. With clear goals, they plan their work, and execute it decisively. Their most important innovations appear early in their careers, before they develop fixed habits of thought, and begin to repeat themselves. In contrast, experimental artists, like Cézanne, seek to develop methods that can allow them to record their visual observations. They are uncertain how to do this, so they work incrementally, by trial and error. Their innovations generally appear late in their careers, after long periods of study.

Because this research has contradicted a great deal of earlier work by psychologists and art scholars, many academics have been hostile to it. In 2006, however, Daniel Pink wrote in Wired that Galenson’s research constitutes “a unified field theory of creativity,” and David Leonhardt wrote in the New York Times: “If you look through the prices from the current auction season, or walk through any major museum, you can’t help but notice that Mr. Galenson is onto something.” Malcolm Gladwell wrote about this theory in a New Yorker article titled “Late Bloomers” in 2008, and now regularly lectures about “Picasso vs. Cézanne.” Gladwell wrote: “Galenson’s idea that creativity can be divided into these types – conceptual and experimental – has a number of important implications.” One of these is that the widespread belief that creativity is the exclusive province of the young is false. Another implication provides insight into the hyperkinetic nature of contemporary society, which privileges conceptual innovation in many domains.  Galenson’s research may not only allow us to gain a better understanding of our own intellectual development, but may ultimately help us to become more creative. Read Less ^

When in their lives do great artists produce their greatest art? Do they strive for creative perfection throughout decades of painstaking and frustrating experimentation, or do they achieve it confidently and decisively, through meticulous planning that yields masterpieces early in their lives? Read More >

By examining the careers not only of great painters but also of important sculptors, poets, novelists, and movie directors, this presentation offers a profound new understanding of artistic creativity. Using a wide range of evidence, David Galenson demonstrates that there are two fundamentally different approaches to innovation, and that each is associated with a distinct pattern of discovery over a lifetime.

Experimental innovators work by trial and error, and arrive at their major contributions gradually, late in life. In contrast, conceptual innovators make sudden breakthroughs by formulating new ideas, usually at an early age. Galenson shows why such artists as Michelangelo, Rembrandt, Cézanne, Jackson Pollock, Virginia Woolf, Robert Frost, and Alfred Hitchcock were experimental old masters, and why Vermeer, van Gogh, Picasso, Herman Melville, James Joyce, Sylvia Plath, and Orson Welles were conceptual young geniuses. He also explains how this changes our understanding of art and its past. Read Less ^

From Picasso’s Cubism and Duchamp’s readymades to Warhol’s silkscreens and Smithson’s earthworks, the art of the twentieth century broke completely with earlier artistic traditions. A basic change in the market for advanced art produced a heightened demand for innovation, and young conceptual innovators – from Picasso and Duchamp to Rauschenberg and Warhol to Cindy Sherman and Damien Hirst – responded not only by creating dozens of new forms of art, but also by behaving in ways that would have been incomprehensible to their predecessors. Read More >

In this talk, Galenson presents the first systematic analysis of the reasons for this discontinuity. He combines social scientific methods with qualitative analysis to produce a fundamentally new interpretation of modern art that will give listeners a far deeper appreciation of the art of the past century and of today, than is available anywhere else. Read Less ^ 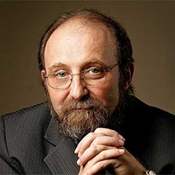 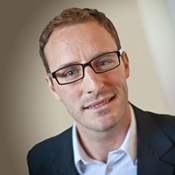