Dennis Snow’s customer service abilities were honed over 20 years with the Walt Disney World Company. There, he developed his passion for service excellence and the experience he brings to the worldwide speaking and consulting he does today. Read More >

He began his Disney career in 1979 as a front-line attractions operator. As he advanced through the company, Snow managed various operating areas throughout the park, learning and applying the skills it takes to run a world-class, service-driven organization.

Snow launched a division of the Disney Institute responsible for consulting with some of the world’s largest companies including ExxonMobil, AT&T, General Motors and Coca Cola. During this time, he presented to audiences in diverse locations around the world, such as South Africa, Australia, Mexico, England and Argentina. This division quickly became the fastest growing venture of the Disney Institute and experienced repeat business of nearly 100%.

He also spent several years with the Disney University, teaching corporate philosophy and business practices to cast members and the leadership team. While there, he coordinated the Disney Traditions program which is universally recognized as a benchmark in corporate training. In his last year with Walt Disney World, his leadership performance was ranked in the top 3% of the company’s leadership team.

His articles appear in a number of industry publications and he is a featured guest “expert” on customer service, on several business news-talk radio shows. He is the author of the book, Unleashing Excellence: The Complete Guide to Ultimate Customer Service, which has been used in organizations around the world as a blueprint for organizational excellence. His newest book has just been released, titled, Lessons from the Mouse: A Guide for Applying Disney World’s Secrets of Success to Your Organization, Your Career, and Your Life. Read Less ^

The Fundamentals of Excellent Customer Service

Getting Customer to Love You

World-class customer service is not simply a matter of smiling employees who say "please" and "thank you." Everything your customer sees, hears or touches impacts their experience. "Everything speaks." This program highlights how delivering world-class service requires careful orchestration of the entire customer experience. Read More >

Employees watch to see how committed we are as leaders and take their cue directly from us. As customer expectations are at an all-time high and business competition is fierce – exemplary leadership today is critical. This presentation helps today’s leaders step into their multi-faceted role as visionary, facilitator and idea champion. Read More >

Creating a Culture of Service Excellence in Healthcare: Lessons From the Mouse

In today’s competitive environment, being a healthcare provider is more challenging than ever. With increased demands from patients, family members, government agencies, and a host of other stakeholders, expectations are at an all-time high. Therefore, the importance of customer loyalty is also at an all-time high. Read More >

Providing world-class service in a healthcare setting is not simply a matter of smiling employees who say “please” and “thank you.” World-class service is an all-encompassing approach to making excellence business as usual, involving every member of the organization’s team.

Based on his 20-years with the Walt Disney World Company along with many years of consulting with organizations around the world, Dennis Snow will provide a “how-to” program for creating a service-driven culture. Dennis has presented for many hospitals, clinics, and physician practices – both large and small. His healthcare clients have run the gammut from Johns Hopkins Medicine to a small, two-physician orthopeadic practice.

This program will provide you with strategic tools that can be used to raise the bar of service throughout your organization, resulting in outstanding customer loyalty.

In this program you will learn: Read Less ^

"Dennis was fantastic!! He did an outstanding job and we received SO MUCH positive feedback on his talk. He did a great job incorporating what he learned from the Jacksonville pharmacy which added a lot of credibility for our attendees. We highly recommend him and couldn’t be more pleased."

"Dennis, thank YOU!  All of the feedback I have gotten (and there's a lot of it) has been extremely positive on your presentation. The trending phrase is ‘Dennis' advice is so relevant to my business.’"

"Dennis was the hit of the entire conference and we had some great speakers. He got the highest reviews. He's fantastic!"

"He was a perfect match for our program theme of World Class Customer Service. His stories about ways in which Disney World and Southwest Airlines exceed customer expectations were fascinating and held our employees' attention. And it was clear that Dennis had worked to understand our general contracting construction business and to craft his examples to be relevant."

"I would like to thank you for recommending Dennis Snow for our Customer Service Excellence presentation today. As you know, I spent 20+ years at AT&T/Lucent and now am approaching 2 years with Cummins...but, this session with Mr. Snow resonated extremely well with me, as well as all the attendees. It was more than what I've gotten out of other quality/service initiative type sessions. I hope that we are able to roll this out to all employees because I do believe that it is very powerful.

When Mr. Snow gave that example of how the company put together a process map of a customer bringing a vehicle in for repair...and how logical it seemed that troubleshooting the problem and fixing the problem were part of that process map...yet, then realizing that the customer wasn't even part of those two steps...it really made me think how we really need to "look at everything in the lens of the customer."

Hearing the Walt Disney stories for each of Mr. Snow's top three Customer Service Excellence principles above went a very long way for us in truly understanding what each of these things means.

Thank you so much for recommending him to us. I am sure we will be working with Dennis again in the future!"

"WOW! What a great couple days for CSPL. The last couple days will prove to be the most important in our history. I can't tell you how energized we are to get started on the journey to be the best. I have received tremendous feedback from my staff and the other employees in the session yesterday. I just finished speaking to an entire power generation group and am getting ready to go speak to our Operations Managers. A main topic of discussion is customer service excellence. Thanks again and I thoroughly enjoyed the personal and professional time we spent with Mr. Snow this week."

"'He nailed it'! He was so highly customized, and wove in all our messages into the program-I cannot say enough about Dennis. He was the best speaker we have ever had.  My President came up to me in the middle of Dennis' program and said, 'Do you think it would be inappropriate if I ran up on stage and hugged and kissed this guy?'"

"We really enjoyed having Dennis come share his message on service excellence.

I've heard nothing but very positive feedback from those that attended! I'm also getting many requests for the video from those that couldn't attend, but have heard what a great day it was.

I also hope we can work together in the future."

"Your presentation was informative, enlightening, delightful, and eye-opening.  I have no doubt that it will be one of the highest rated presentations ever made in the 35 plus year history of our organization. I have no doubt our members will utilize what they've learned to improve their businesses as well as our industry.

Your presentation pushed us to empower our people, and teach them that our customers were generally honest and trustworthy, we reversed an image of being incredibly difficult, to extremely friendly, and the bottom line benefit was in the millions of dollars."

Lessons from the Mouse: A Guide for Applying Disney World's Secrets of Success to Your Organization, Your Career, and Life 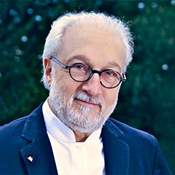 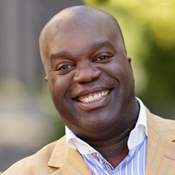 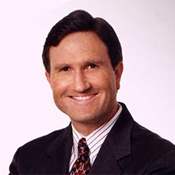