Donisha Rita Claire Prendergast believes that, “If Bob Marley were alive today, he probably wouldn’t be making music. There’s just too much other work to do in the world. He’d be focused on doing positive work in the community.” Donisha makes this bold statement proudly, because as granddaughter of both Bob and Rita Marley, she knows the stories, inspirations and struggles behind these legendary figures better than nearly everyone. Read More >

Continuing her beloved grandparent’s legacy and message of One Love, Donisha now speaks to audiences through American Program Bureau with presentations which are dynamic, passionate and extremely entertaining. She is, at heart, a true artist whose fresh and vibrant talent spans many disciplines as an actor, filmmaker, musician and public advocate.

As the granddaughter of Bob and Rita Marley, Donisha offers her insight on the amazing lives of “Jamaica’s First Family”, whose many contributions include the founding of the Bob Marley Foundation, a charitable organization dedicated to helping people and organizations in the developing world. As an accomplished filmmaker, Donisha’s role in the Canadian feature length documentary, RasTa, A Soul's Journey, educates audiences on the Rastafari culture – quelling the many misunderstandings and misconceptions about this way of life. This film shows how Bob Marley’s eternal message of freedom and compassion is relevant to today’s issues of inequality. Donisha explains, “Making the documentary helped me become a little closer to his mission. He was not just a musician, but a freedom fighter.”

Her travels throughout the world, from Africa & the Caribbean to India, Japan, Africa and more has exposed her to many lifestyles, perspectives and stories that has helped to influence her patience and ability to relate to a cross-section of audiences. “At the end of the day, we are all souls on a journey… bits and pieces of the same whole.”

Recently paired with the Ndaba Mandela, Nelson Mandela’s grandson, and Jasmine Rand, Trayvon Martin’s family attorney, audiences will be the first to hear about “I Am the Change,” a new world-wide phenomenon that is empowering today’s youth to inspire meaningful change on a global scale.

With her highly motivating allocution, and famous family genealogy, Donisha always proves to be an enlightened beacon of hope for her audiences. She promises an impassioned dialogue on youth, spirituality and the Rastafari culture that will connect with audiences, both young and old.

No Woman, No Cry

Every day, everywhere in the world a woman is abused, exploited and underappreciated. Still, there are women who defy challenges and use their negative experiences to become role models. Rita Marley is one of those women. As a little girl growing up in the ghetto, she was teased because of how black her skin and would sometimes go days without proper food. Though her stomach was hungry, her voice was strong. As a teenager she meets and falls in love with a young 'half-caste' country boy with brown skin and they begin to sing together. They are like magic together. Soon she would rise like a Phoenix from her 'third world' life experience to be crowned a Queen of Reggae beside her husband the King of Reggae Bob Marley. Read More >

But life in the spotlight isn’t easy as reggae music is seen as a tool for social change, and the politicians are taking note. At 33 years old, with a bullet in her head from an attempted assassination and 12 children to tend to, only 6 are her own, Rita experiences a tragedy that resonated around the world that threatened to take her voice away.  Bob Marley is gone, but he leaves her with a duty, to continue to sing and build African unity. Today, Rita lives in Ghana as a Queen Mother of her village and a returning citizen to a Promised Land her ancestors were taken from. Donisha tells the story of her grandmother's journey through visuals, songs and stories taken from her Nana's autobiography No Woman, No Cry.

An analysis of Bob Marley's music with live performance and sing along. What are the key messages hidden in the lyrics? What is the social context that inspired this music and how does the music of today reflect same of these same revolutionary ideas? Donisha takes us on a musical journey through the socio-political landscape that defined Bob Marley's songs of freedom. From his days of rejection as a youth with a black mother and a white father to the assassination attempt on his life while rehearsing for the One Love Peace Concert in 1976 – get an intimate perspective of this one man's struggle, whose lifetime has created a whole new way of thinking, defied time, space, language and nationality to sing a redemption song.

Is there a place for the hopeless sinner who has hurt all mankind just to save his own soul? Bob Marley's answer becomes the song of the millennium – "One Love, One Heart, Let’s get together and feel alright." What are some of the ways that we can truly embody the idea of one love in our daily living? And how do we find sustainable ways to make change beyond the idea of charity to the culture of humanity?

Redemption Song: Bob, Rita & the Music that Changed the World

Hear first-hand about the history of Bob and Rita Marley, from their humble beginnings, to their world-wide influence from the perspective of a close family member. With her expertise in the performing arts, Donisha lets the audience feel what is was like for Bob and Rita to go through all of the tribulations and triumphs – every step of the way – on their incredible journey that changed the world. As a veteran stage performer, Donisha is also able to give audiences a palpable sense of what it was like to be loved by those that the world loved.

The only thing dreaded in the Rastafari Lifestyle is hair. Misinformation and stereotypes has led to the condemnation and misunderstanding of what it means to be a Rastafari – practically turning its main totem Love into a “four letter word.” Audiences will be educated and inspired by the messages of Bob Marley’s music and his granddaughter’s passion to dispel any misconceptions about the world of the Rastafari and teach its culture’s keys to happiness. Listeners can now learn how to apply these lessons learned and unlock the richness of their own life.

“I Am the Change”: How One Person Can Make a Difference

There is a new empowering message on the horizon that will demonstrate the power of Bob Marley’s whole-hearted belief and eternal message – that it just takes one person to change the world– giving today’s youth not only hope, but a platform to launch themselves into empowerment and achievement. Could you be Loved, then be Love? It begins with One… Love.

"What a beautiful and moving evening. We absolutely loved it. “Could you be loved and BE LOVE?” I have listened to that song thousands of times and never “overstood” or “instood it.” Thank you for hosting such an incredible event." 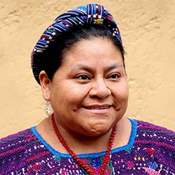