His new book, The Joint Ventured Nation: Why America Needs a New Foreign Policy, was recently released. The book argues that America’s fate is now interconnected with the other major industrial countries while its foreign policy has not adapted to this reality. The book puts globalization in a historic context, looking at how America and the world became globalized, and why America must have a globalized foreign policy. Essentially why from both an American and global stand point Madeleine Albright’s definition of the United States as the indispensable nation is no longer applicable and instead America should be considered as the indispensable partner. Mr. Goldberg is currently working on his next book: On the Road to Babel: America and the Coming Age of Global Anarchy.

Goldberg teaches International Political Economy at the New York University Center for Global Affairs. In addition, he is an adjunct professor at the Zicklin Graduate School of Business of Baruch College of the City University of New York, where he teaches various courses related to globalization and international trade. He has also taught international trade as a visiting faculty at the University of Southern California’s Marshall School of Business. His USC Marshall School course, Creating Success in the International Marketplace, was featured on the New York Times Knowledge Network.

Through his consulting firm, Annisa Group, Goldberg has worked on global issues with such major companies as Goldman Sachs, Rockefeller Brothers Fund, and Raiffeisen Zentralbank. His name appears on Tom Keene of Bloomberg Surveillance list of 193 people to watch/follow in academic & market economics, with a touch of international relations. This list includes Paul Krugman, Martin Wolf and Lawrence Summers.

Goldberg is a much-quoted essayist and public speaker on the subjects of globalization, European-American relations, and U.S.-Russian relations. He has been cited by Thomas Friedman in his New York Times columns as well as his book Hot Flat and Crowded. His piece, “To Paraphrase Mark Twain-Rumors of America’s Death are Greatly Exaggerated” appeared in the New York Times online. He has also been cited in Roubini Global Economics, Yale Global Online, Fiscal Times, American Foreign Policy Interests, Foreign Policy, The Wall Street Journal, The Washington Times, The Deal, Yahoo Finance, The Week, Google News, and The Charlie Rose Show. He is a regular contributor to the Huffington Post, the Globalist, Real Clear World, and Real Clear Politics.

He is a frequent guest on Bloomberg Radio’s Hays Advantage, discussing global economic issues with Kathleen Hays. He has also been interviewed on Public Radio, CBS radio, the Associated Press Radio, CNBC, and Al-Jazeera America TV. Internationally, he has discussed the ramifications of various global economic trends on NDTV of India, TV 4 Group of Sweden, as well as Russian State Television, and has been cited by the India Council of Globalization, Kyiv Post, Novelle Europe, Wales on Line, International Finance Magazine of London, Novoye Russkoye Slovo, and Russia Direct.

Expertly versed in the language of globalization, global politics and economics, European-American relations, and international trade, Edward Goldberg has delivered keynotes at some of the leading business schools in the world, including Insead and ISE. Certain to provide the most pertinent discussion topics — including how the Euro crisis will impact the US and the rest of the world – Goldberg makes these complicated global issues approachable and easily comprehensible.

In addition to his teaching at New York University and Baruch, Goldberg gives an annual series of lectures at New York’s 92nd Street Y on various topics relating to globalization, the world economy, and their effects on the United States. Goldberg lectured at CEDEP/INSEAD on the subject of questioning rather than assuming cultural and historical difference in creating success in a semi-flat world. He has also lectured on global business strategy at IESE. In addition he has lectured at the Kennan Institute, the Harriman Institute of Columbia University, the New School, LSU, and the European Union Study Center of the City University of New York, as well as the Weissman Center for International Business and the University of Pisa. He represented the United States Department of State at the International Conference on International Relations and Problems of Globalization in St. Petersburg, Russia, where he delivered the opening address. Goldberg was a member of President Barack Obama’s Foreign Policy Network Team for the 2008 presidential election and was a member of Senator John Kerry’s Russia and CIS Policy Team during the 2004 United States presidential election. In addition, he has testified at the United States Senate on matters relating to International Trade.

What makes Edward Goldberg’s world view particularly unique in assessing global economic trends and their effects on the United States is that unlike most academics, he spent the first 30 years of his career in international business, first as a partner in a leading global agricultural trading firm and then as president of a division of a large European Bank, specializing in international trade. The pragmatic insights he gained from this real world experience have given him a broad and realistic appreciation of how global economies actually work. This combination of rigorous academic discipline and real-world pragmatic experience makes Goldberg’s perspective unique and broadly relevant for audiences across both academia and industry. Read Less ^

How will the world’s political economy change with the inauguration of Donald Trump as President of the United States? Will there actually be a trade war between China and the United States or was this just political rhetoric? How will America’s relationship with the European Union (our major trading partner) change? Will America retreat from Globalization and will Russia play any role in this? And of course what about Brexit?

Edward Goldberg is one of the leading forward thinkers on Globalization and International Political Economy. His new book The Joint Ventured Nation: Why America Needs A New Foreign Policy puts globalization in a historic context looking at how America and the world became globalized, and how America’s foreign policy needs to change to reflect this.

On the eve of World War I, France, England, Russia, Germany, and Austria did not consider destabilization of their currency, the equity position of their leading banks, negative growth and capital outflows as part of their decision making process. And economics was never a part of the decision matrix in Nixon and Kissinger’s historic trip to China in 1972. Now rumors can come out of Beijing that China might consider stimulating its economy, and the New York stock exchange immediately bumps up, as if Janet Yellen announced further monetary easing. Read More >

Old fashioned Realpolitik, the idea that countries mainly act for their own practical self-interest, has now been confronted by globalization and with it the concept that a country’s economic well-being is now directly tied to the economic health of its largest trading partners. States might be rivals, but today they are also each other’s joint ventured partners. Just look at the fact that General Motors’ major market is now China, or that that almost 50% of the revenues for the companies listed on the S&P 500 come from outside the U.S. markets.

For this talk Edward Goldberg draws on his unique perspective as one of the leading forward thinkers in Globalization and International Political Economy to discuss how economics and finance are putting restraints on the historic behavior of countries. In a presentation that’s as relevant as the day’s headlines, Edward Goldberg looks at what is truly important in international relations today. Read Less ^

If a hegemon is a single country above other countries indirectly or directly empowered to make the rules of the game - then what do you call an institution that is politically independent yet part of a sovereign government that does the same thing – the Federal Reserve System of the United States, commonly known as the Fed. Read More >

Few American governmental institutions have as much power over the individual lives of people in other countries as the Fed. The Fed’s power overseas is almost subrosa in its nature; it has no drones, no boots on the ground or aircraft carriers on the sea. In fact by law it has no overseas offices.  But in its power to impact geopolitical events and its ability to affect the lives of so many people, the Fed’s foreign influence is in many ways as great as the military prowess of the United States, except in times of total war.

Edward Goldberg, an internationally recognized expert on globalization who teaches emerging markets and International Political Economy at New York University's Center for Global Affairs, leads his audience on an important discussion of how globalization knighted the Fed with this power, how the Fed’s independent actions now affect countries, companies and the global political climate, and what does this mean for the United states and for the world. Read Less ^

The Refusenik – Russia the Non-Globalized Nation

Of the 10 largest nations by GDP in the world only one is not globalized. The famous Russian novelist Leo Tolstoy, begins Anna Karenina with his now famous words, “Happy families are all alike; every unhappy family is unhappy in its own way.” Read More >

And this is so true when dealing with globalization’s most powerful rejectionist state Russia; unhappy in many of its own ways, often acting in the manner of the dangerous disgruntled adolescent. Russia is the antithesis of economically interlinked globalized countries- much more of a 19th-century country than a 21st-century country.

Edward Goldberg leads his audience on a tour of why this is so and how it affects the world. Read Less ^

One of the key principles taught in International Relations is that a rising power threatens the world order. The example always given is pre-World War I Germany and its rapid economic rise challenging England’s dominance.

Globalization has changed this. The rising globalized power (China) is to invested in the system, to economically intertwined to radically shake up the existing order. It is the declining power Russia that threatens the global order, the country that never really globalized, that has nothing to lose by trying to reshuffle the deck.

Edward Goldberg looks at this provocative topic that is right out of today’s headlines and discusses what it means for the United States and the rest of the world.

In the sport of boxing a one-two punch is a combination of two blows, normally a left followed by a right cross which is devastating to the opponent. Well, economics has delivered a one-two punch to China. First in what is called Convergence Theory followed by what is known as the Lewis Turning Point Theory. How China recovers from these blows will determine not only China’s future but also the future of the world. Read More >

Convergence theory is about very rapid economic growth rates that occur when a nation is catching up, building steel mills, housing and highways etc. It asked the question what happens to the growth rate when the country doesn't need any more steel mills? While the Lewis Turning Point is an economic term for when a labor-intensive country uses up their cheap labor.

Edward Goldberg in this thought provoking talk discusses how these two theories have thrown the China that the world has know for the past 20 years off its projectory. He discusses if and how Chinese leadership can overcome these problems and what will be the ramifications of any new policy for both global economics and international politics. Read Less ^

Trump and the Failure of the Reagan Revolution

Elections and the Fear of Global Change

Russia: And the Danger of an Irrelevant Gas Station 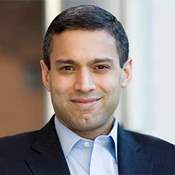 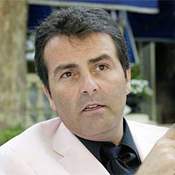