Dr. Anil K. Gupta is widely regarded as one of the world’s leading experts on strategy, globalization and entrepreneurship. Ranked by Thinkers50 as one of the world’s “most influential management thinkers,” he has been named by The Economist as one of the world's "superstars" for research on emerging markets in a cover story on "Innovation in Emerging Economies." He is also the recipient of the 2017 Outstanding Educator Award from the Academy of Management for worldwide contribution to research, practice, and teaching on the topic of globalization. Read More >

Anil is a member of the World Economic Forum’s Stewardship Committee for the Initiative on the Future of Consumption, the Bretton Woods Committee set up by the World Bank and IMF to advise them on solutions to global challenges, and the CNBC Disruptor 50 Advisory Council. He is a frequent participant at the World Economic Forum’s annual summits in Davos as well as regional summits in China, India, and the Middle East.

Anil is one of only 3 professors in the world to have been elected by his peers as a Lifetime Fellow of the three most prestigious bodies in the field – Academy of Management, Strategic Management Society, and Academy of International Business, with a combined membership of over 25,000 scholars worldwide.

Anil is the coauthor of several highly acclaimed books including Getting Asia Right (forthcoming), The Silk Road Rediscovered (Wiley, 2014), Getting China and India Right (Wiley, 2009), Global Strategies for Emerging Asia (Wiley, 2012), The Quest for Global Dominance (Wiley, 2008), Smart Globalization (Wiley, 2003), and Global Strategy and Organization (Wiley, 2003) as well as over 70 papers in leading academic journals. Getting China and India Right received the 2009 Axiom Book Awards’ Silver Prize as one of the world’s two best books on globalization and was short-listed for the Asia Society’s Annual Bernard Schwartz Book Award.

Anil has served as an elected board member for several companies including Origene Technologies (a gene cloning company), Omega (NASDAQ), Vitalink (NYSE), NeoMagic (NASDAQ). He also serves on the advisory boards of the E-Ship Centre at IIT Bombay, and Asia Silicon Valley Connection. He has earlier served as an advisor to the US-India Business Council and is a Charter Member of TiE-DC. Read Less ^

In the early 1990s, China was a relatively small economy which had just built its very first highway. Mobile phones were a luxury purchased mainly by rich Europeans. And, social media meant walking over to your neighbor to borrow his/her newspaper. How the world has changed over the last twenty years. Look ahead to 2025. Notwithstanding how much change we have witnessed in recent years, it’s a certainty that the quantum of change over the next ten years will be even greater than over the last twenty. In this talk, Professor Gupta discusses the six megatrends that will drive this transformation: Read More >

The collective impact of these global game changers will be such that the structure and dynamics of the world’s economy, politics, and culture in 2025 will be fundamentally different from what they are today. Professor Gupta also discusses what these megatrends mean for countries, companies, investors and individuals in terms of who can expect to thrive in the new era. Read Less ^

Ever since Goldman Sachs’ prescient report “Dreaming with BRICs” over a decade ago, emerging markets have been on a ride. From 2000 to 2012, emerging markets’ GDP grew at an average annual rate of 6 percent, over three times the pace of the below 2 percent annual growth for the developed markets. As a direct result, emerging markets’ share of the global economy doubled from 17 percent in 2000 to 32 percent in 2012. Never before in the history of the world, has 80 percent of the world’s population become better off at the pace that it has since the turn of the 21st century.

Notwithstanding this glorious ride, it is clear that, since early 2013, the bloom has fallen off the emerging markets. China is undergoing a structural slowdown from an above 10 percent growth rate to around 6-7 percent. India has gone from 9 percent to around 5 percent. Economic growth in Brazil and Russia is hovering around one percent. Many other markets such as Indonesia, Thailand, Turkey and South Africa also appear to be mired in significant turmoil. These developments raise one of the most important questions facing every enterprise and every investor – Is the emerging market story over?

In this talk, Professor Gupta addresses this question head on. His central message is that the days of emerging markets moving up in tandem are indeed over. China is unlikely to remain the driver of a worldwide commodity boom. Similarly, the U.S. is unlikely to remain the font of easy money for much of the world. From here on, only those emerging markets that are able to undertake much needed internal reforms (stable governments, investment in infrastructure and education, and institutions that are efficient as well as responsive to citizens’ needs) can hope to thrive. Others run a serious risk of being trapped at their current low- or middle-income status for a very long time. Professor Gupta also shares his analysis of which countries appear to be better bets than others and what these developments mean for companies and investors.

Asia’s Rise and Its Implications

Asia’s rise will be one of the defining game changers for the global economy in the 21st century. Asia today accounts for about a third of the world’s GDP as compared with about a quarter each for North America and Europe. Since Asia continues to grow faster than each of the other two continents, it is almost certain that by 2025, Asia’s GDP will be larger than that of the US and Europe combined. Further, Asia’s impact on the global economy is multidimensional – as a mega-market, as the world’s factory, as a rising hub for global R&D, as a source of capital, and as the springboard for the rise of new global champions. Asia is also becoming more “Asian” in that intra-Asia trade is growing faster than Asia’s trade with the rest of the world. This talk will examine the forces propelling Asia’s rise and discuss a number of related questions including:

Getting China and India Right

For almost three decades, China and India have been the two most dynamic emerging markets in the world. Unlike Latin America or Africa, both countries are resource poor. Yet, since 1990, both have been the world’s two fastest growing large economies. The answer lies in the ability of the two countries to boost the productivity of their peoples at some of the most rapid rates in the world. Read More >

As of 2015, China is the world’s second largest economy and India the eighth largest – at market exchange rates. By 2025, while China would have reduced the size gap with the United States, India is likely to have overtaken Italy, France, UK, Germany and even Japan to become the third largest. By the middle of the 21st century, both China and India are likely to overtake the U.S. also to become the world’s two largest economies. In many ways, this will be a back-to-the-future story, since China and India were the world’s two largest economies for much of recorded history. They became poor only during the 19th and 20th centuries when the industrial revolution passed them by.

As China and India continue to rise, they are transforming the global economy in multiple ways:

In this talk, Professor Gupta discusses the factors propelling China and India, the challenges that each country faces, and implications of these developments for multinational corporations. Read Less ^

The structure and dynamics of the global economy are changing rapidly. Despite the ups and downs in individual economies, emerging markets as a group continue to grow at three times the pace of developed markets; by 2025, they will account for over half of the world’s GDP. The diffusion of mobile broadband to every corner of the earth continues to make cross-border collaboration easier, cheaper, and more ubiquitous. And, the technology revolution continues unabated – electric and/or autonomous cars, wearable computing, genetic engineering, shale oil and gas, human-scale robots, etc. These developments will lead to the disruption of industries at an even faster pace than what we’ve seen over the last decade. Read More >

Given these developments, what must today’s corporations do to emerge or remain as the global leaders in their industries ten years from now? The answer lies in: (i) rethinking global strategy i.e., commitment to emerging markets, atomization of the value chain, and leveraging global platforms to create highly customized local solutions; (ii) rethinking global innovation i.e., 360-degree innovation, distributed innovation, open innovation, and frugal innovation; (iii) rethinking global organization i.e., connect-and-coordinate rather than command-and-control plus a strong one-company culture; and (iv) globalizing the corporate mindset i.e., cultivating leaders who combine in-depth knowledge of key markets and cultures with an ability to connect the dots globally. Read Less ^

In 2000, Chrysler’s then president traveled to India to study the market. At the end of his visit, remarked: “Call me when you’ve built some roads.” He simply didn’t anticipate that the Indian auto market would grow by over 500% over the next 10 years. India’s car sales shot up from 518,000 units in 2000 to 2.8 million in 2010, making it the world’s sixth largest. Not surprisingly, Chrysler is notable for its near-absence. In 2014, Chrysler-Fiat’s share in India was a mere 0.4%.

As this story illustrates, we are in the middle of a radical paradigm shift in the global economic landscape. Non-linear changes are particularly risky times for companies and people entrenched in old mindsets. No longer can you continue to rely on old lenses to make sense of the world around you. The winning global leaders, whether individuals or companies, will be the ones with a global mindset who truly grasp the unprecedented transformation of the global economy, and possess the capabilities to sense, filter, and integrate diverse opportunities on a global scale ahead of the pack.

Through real-world examples, Professor Gupta illustrates how a global mindset can enable a company to be an early mover in identifying new opportunities in global markets. It also offers concrete guidelines that individuals and companies can use to develop a global mindset, which requires not only local depth (i.e., an openness to and knowledge of diversity across cultures and markets), but also global connect (i.e., the ability to integrate across this diversity).

Globalization is a double-edged sword. The global or globalizing firm has the potential to reap several types of benefits – the vast potential of a much larger market arena, providing coordinated products ands services to global customers, capturing scale- and location-based cost efficiencies, and exposure to a multiplicity of new product and process ideas. Read More >

However, globalization also exposes the firm to numerous strategic and organizational challenges emanating from a dramatic increase in diversity, complexity, and uncertainty – external as well as internal to the firm. How managers address these challenges determines whether globalization yields competitive advantage or disadvantage and makes the company stronger or weaker. “Smart Globalization” is the ability to capture the benefits and minimize the costs and risks.

Using real-world examines, in this talk, Professor Gupta discusses how corporate leaders can systematically globalize their firms’ market presence, what logic should guide them in leveraging the world’s physical, technological and talent resources to create competitive advantage, and what they must do to globalize the mindset of the people in the company. Read Less ^ 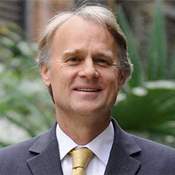