"Democracy works only when enough of us believe democracy works," says Eric Liu. How do we rekindle that belief? How do we, as individuals, organizations, communities, corporations — even professions — reinvigorate the meaning and spirit of citizenship in America? These are the questions civic evangelist Eric Liu explores in his compelling, acclaimed talks – talks that celebrate our shared values and challenge Americans to live up to them. Liu is one of the country’s most sought-after speakers on citizen power, civic health, the future of democracy, and American identity. His inspirational 2019 main stage TED Talk, based on his work at Citizen University, received a standing ovation and more than topped one million views in less than a month. His two previous TED Talks, on power and on voting, have been viewed three million times. Recently, Liu has been elected to membership in the American Academy of the Arts and selected to be a 2020 Ashoka Fellow. In both cases he was recognized by colleagues and was championed by friends.  Read More >

Liu, son of Chinese immigrants and former White House speechwriter, is the CEO of Citizen University, a nonprofit working to foster a culture of powerful, responsible citizenship. He also directs the Aspen Institute’s Citizenship & American Identity Program and is a correspondent at TheAtlantic.com. His eight books include You’re More Powerful Than You Think: A Citizen’s Guide to Making Change Happen, and the national best-sellers The Gardens of Democracy and True Patriot. His first book, The Accidental Asian, Notes of a Native Speaker was a New York Times Notable Book featured in the PBS documentary, “Matters of Race.” Liu’s latest book is Become America: Civic Sermons on Love, Responsibility and Democracy, which grows out of the Civic Saturday phenomenon that Liu and his team pioneered and has now spread nationwide. Liu served as a White House speechwriter for President Bill Clinton and later as the President’s deputy domestic policy adviser. He has also served as a board member of the Corporation for National and Community Service, the Washington State Board of Education and the Seattle Public Library, and is co-founder of the Alliance for Gun Responsibility. He is a graduate of Yale College and Harvard Law School.

Reviewed as "phenomenal," "amazing," "motivating," "moving" and "empowering" by audiences ranging from university leaders and K-12 educators to innovators in corporate citizenship, health care, and architecture, Liu’s talks are unforgettable experiences. With passion, magnetism, a grounding in history, and a sense of humor, Liu touches people from all walks of life and across the political spectrum. He ignites and unites. And he leaves his audiences, inspired to take action, with a renewed spirit of common purpose and a deeper sense of civic responsibility. Read Less ^

TEDTalk: How to Revive Your Belief in Democracy

TEDTalk: There's No Such Thing As Not Voting

The Garden of Democracy

Exploring the Dangers of Polarized Politics for American Governance

The Art of Purpose, Mentorship, and Citizenship

Citizen University - How to Talk With the Other Side

Become America: How to Revive Our Belief in Democracy

What does it mean to be an engaged American in today’s divisive and divided political landscape? How can we come together to restore hope, revive democracy and feel part of a connected community? Eric Liu confronts these questions, celebrates the shared values and beliefs that unite us as Americans, and provides an action plan for powerful citizenship. Drawn from his hit TED talk and his new book Become America: Civic Sermons on Love, Responsibility and Democracy, Liu challenges us to rehumanize our politics and rekindle a spirit of love and responsibility in civic life.

Who Is Us? The New Omnicultural American Identity

Are you understanding your employees, customers, markets, community and other stakeholders from the vantage point of the new American identity? More importantly, are you leveraging it as a competitive advantage? According to Eric Liu, we have already evolved from the “monocultural” (“whiteness as Americanness”) to the multicultural (which put nonwhite groups into their own categories). Now, America is rapidly evolving to a new stage: the “omnicultural”—enlivened by hybrids and combinations of culture and identity that America generates first and most creatively. Drawing upon his work as director of the Aspen Institute’s Citizenship & American Identity Program, Liu believes that this new omnicultural American identity will not only sustain, but invigorate the creativity, cultural influence and other competitive advantages of American diversity. In this thought-provoking talk, Liu shares how the organizations that embrace omniculturalism will be better suited to innovate and lead in a rapidly changing, increasingly hybridized marketplace, culture, and polity.

Far too many Americans are illiterate in power — what it is, how it operates, who has it, and why. Too many of us give our power away. And those few who do understand power end up wielding it over everyone else. In this compelling talk about power and civic purpose, based on his acclaimed book, Eric Liu explores how you can activate your civic power to bypass broken institutions and solve big problems. He shares three core laws of civic power, reveals how power and character are related, and reawakens your spirit of active citizenship.

Corporate Citizenship: The Secret to Reinvigorating Culture and Employee Engagement

A whopping 81% of millennials expect companies to publicly pledge to be good corporate citizens. Gen Z, first entering the workforce in 2019, is expected to have an even stronger commitment. What does it mean for a corporation to be a “good citizen”? How can companies make strong civic engagement a part of a corporate culture that engages, empowers, attracts and retains workers? In this inspiring talk — which can serve as a powerful kick-off for your organization’s civic initiatives or as a challenge to the business community to show up as bigger citizens — Liu will motivate your team to do more and be more.

Civic Health: The Health of Our Communities Depends on It

According to civic evangelist Eric Liu, “We cannot move the dial on health, public health and health outcomes until we address the underlying layer of civic health. The health of the body depends on the health of the body politic. This means addressing loneliness, isolation, inequality and a system that leaves some people so sick and cut out of the loop that they fall into a downward spiral of both physical and civic isolation.” In this thought-provoking and inspiring talk, Eric Liu calls on healthcare providers, leaders, and activists to work collaboratively to help stitch back the social fabric of what citizenship means. By driving a civic revival, as individuals and institutions, we will also drive a revival in the health of individuals, communities, our democracy and our nation.

Making the Case for Civics Education

As CEO of Citizen University, Eric Liu is one of America’s leading advocates for civics education and the promotion of active citizenship. Liu’s determination to make civics as important today as it was during the American Revolution or Civil Rights Movement was a key message in his 2013 TED Talk on power. The talk, which has had more than two million views, has also captured the attention of educators yearning for a renaissance in civics education. In this inspiring keynote for teachers, curriculum developers and anyone who would like to advance the teaching of civics in America’s classrooms, Liu outlines his powerful message: Power + Character = Citizenship. He also assesses the state of civics education in America, sharing how we can all become persuasive proponents as civics programs start to be considered again in curriculum planning.

From Isolation to Community: A Commitment to Rehumanize

We live in a culture of hyperindividualism where almost every message we get, from every screen we scan, tells us that we are on our own and beholden to none. Yet far from feeling free, we feel entrapped in digital isolation, enslaved by consumerism and suffering from status anxiety. How can we escape to find love, joy and purpose? In this clarion call to “rehumanize,” Eric Liu brings us back to the essence of who we are. As humans, we are hard-wired for connection, yearn for face-to-face fellowship and are happiest when we are part of a group with a common purpose. Citing as an example the “Civic Saturdays” phenomenon his organization sparked, he calls on all of us to live as though our fate is entwined with others — because it is. Not just for the good we will do for society, but for the powerful good that we will do for ourselves.

"Eric was fantastic! Our audience really appreciated how his remarks were timely, direct, and impactful. We got great reviews on our evaluation forms and many attendees noted Eric’s keynote address as the highlight of the event for them. On a personal and organizational level, both Eric and the APB team were fantastic to work with."

"Eric, just wanted to express our thanks for your participation in our Statewide Leaders Gathering event. You really helped us wrap up an important opportunity to meet with our strongest statewide volunteers who are our ambassadors around the state. Your comments about civic duty and how we can use civic power to build community I know really resonated with our listeners.  So much of what you shared rests at the center of what we are trying to accomplish as a community foundation."

"Everything at the event went quite well. Eric’s key note remarks were great, very thought provoking and he did a nice job of weaving together the themes we wanted and also making connections to our organization. We then had a moderated discussion with Eric and our other guest speaker. That portion of the program was well-received too. Overall we were really happy with the event, and it was great to have Eric as one of our featured speakers."

"The event was fantastic. Eric was so generous with his time, and so well received by our group. He was articulate, passionate, interesting, energetic—truly a perfect way to kick off our conference and we’re very grateful."

"Eric was incredible! We hope to find ways to work with him to enhance our efforts and his going forward. You were a pleasure to work with, and I can't thank you enough for making this happen."

"Eric was phenomenal. Here's an example of one of the many e-mails I received yesterday: 'The presentation was amazing. I'm happy that I made it a priority to attend this morning, it was motivating and empowering! These types of events are great for the engagement initiative.' Thanks for being a part of putting this together. It was very much appreciated."

"A spectacular performance! Students were moved and you were able to provoke reactions from them that were once seen only at football games! Feel proud of what you’ve accomplished here for us on this campus. Word going around is that the discussions went great and that students were very much into it."

- The University of Tennessee

"Eric Liu’s event was great. Could not have been more perfect."

"Everything went very well and we were honored to have Eric speak to our students. They responded very well. I hope he enjoyed the visit also. Thanks again, APB, for all your help."

"Wow; that is the word I heard the most after your presentation at IPT's anniversary event in Oklahoma City. Your message was a powerful one and one that I am confident will lead to positive change within the investor education and protection arena. We are very grateful for your participation and contribution and hope to explore further collaboration in the future."

The Gardens of Democracy

Guiding Lights: How to Mentor - and Find Life's Purpose

You're More Powerful Than You Think: A Citizen's Guide to Making Change Happen

An America That's More than White

How We Burned Baltimore 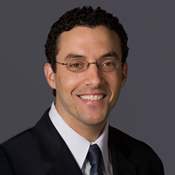