Her upcoming memoir will be published in early 2023 by Penguin Random House imprint, Dial Press. She recently directed and executive produced the 2022 GLAAD Media Awards nominated and 2022 Webby Awards Honoree, CARETAKERS, a four-part original documentary series with PBS/WNET featuring stories of Filipino American frontline healthcare workers that premiered on October 8, 2021. For Vanity Fair’s January 2022 issue, she is featured as one of Gold House’s AAPI’s who are forging a new culture alongside Marvel director Destin Daniel Cretton, Crazy Rich Asian director Jon Chu and many other trailblazing AAPI’s.

She’s producer of the web series Razor Tongue in which Rain Valdez got the 2020 Emmy nomination for Outstanding Actress in a Short Form Comedy or Drama Series. She made history as the first trans woman Ambassador for Miss Universe Nepal, an honor that’s been bestowed to her as part of the Miss Universe Organization pageant system accepting trans women into the competition.

On March 31, 2014, she made history as the First trans person to speak about transgender issues at the TED Conference main stage. In honor of International Transgender Day of Visibility, Rocero came out as transgender at the annual TED Conference, her viral talk has since been viewed close to 5 million times and translated in 32 languages. Geena is the founder of Gender Proud, a media production company that tells stories on what it means to be trans and gender non-conforming.

She, with Gender Proud Productions produced and presented Beautiful As I Want to Be series and TV special on LogoTV highlighting trans youth, and received the 2016 GLAAD Media Award. Gender Proud also produced Willing and Able, a 2017 GLAAD Media nominated web series about transgender employment with Fusion TV and worked with Fusion/Univision to produce a TV documentary about transgender athletes, No League of Their Own and won 2017 Association of LGBTQ Journalists Best in Health and Fitness Coverage.

She co-executive produced the 2018 GLAAD Media awards nominated Made To Model a documentary on 9 Pioneers and emerging trans model in collaboration with LogoTV, MTV and VH1.

Geena has spoken at the White House, World Economic Forum, United Nations, State Department, Fortune 500 Companies and been featured on E's I am Cait, Magazine Cover of Candy Magazine, Vanity Fair: Trans America, Marriott's #LoveTravels Campaign and CoverGirl Cosmetics #GirlsCan Campaign. She was on the cover of Harper's Bazaar India.

On September 2018, published by Simon and Schuster, she contributed a chapter in the NY Times Bestseller book American like Me by actress America Ferrera with contributors like Lin-Manuel Miranda, Issa Rae, Kumail Nanjani and many others.

She's a board member of NY LGBT Center. As the 2020 National Chair for Stonewall Day in June, she helped raised close to 100k for Black and Brown led LGBTQ organizations affected by COVID-19. She’s a partner on FamilyQ.Org, a queer led volunteer network distributor of FDA-approved surgical grade PPE’s to front-line organizations. To date, they’ve donated more than 100,000 masks.

TED: Why I Must Come Out

This talk will expand on Geena’s story and talk about the importance of centering narratives of Trans people of color. It will also expand intersectional stories and history of immigration as an Asian immigrant. She also speaks on the importance of media representation as the founder of an award-winning production company. She expands the conversation on LGB, Transgender rights with both an American and Global perspectives. 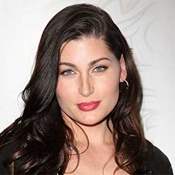 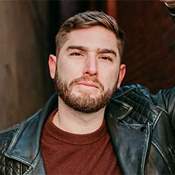