Greg Gumbel’s standout work in the world of sports broadcasting has made his face, name and voice as familiar as any in the industry. Throughout 40+ years in the business, Gumbel has become one of the most outstanding and best-known announcers in sports television. He has covered everything from Major League Baseball to the NBA to the NFL, the Men’s NCAA Championship Tournament, the Summer and Winter Olympic games, World Figure Skating Championships and the Daytona 500 to name a few. Read More >

In the fall, he calls exciting NFL play-by-play action across the country on CBS, with his broadcast partner, Trent Green. In 2014, Greg became the new host of Showtime’s Inside The NFL. After he calls the action on Sunday he heads to the Showtime Studios in NYC to cover every team. Every game. Every week. Prior to returning to the booth in 2006, Gumbel successfully completed his second season as the host of the CBS' Emmy award-winning show The NFL Today. He formerly hosted The NFL Today on CBS from 1990-93 and The NFL on NBC. Gumbel was also the lead play-by-play announcer for CBS Sports’ coverage of the National Football League from 1998 to 2003. In that capacity, he called the thrilling action at Super Bowl XXXVIII in Houston and Super Bowl XXXV in Tampa. He is the first network broadcaster to both call play-by-play and host the Super Bowl. He hosted Super Bowl XXVI in Minneapolis, Super Bowl XXX in Tempe and Super Bowl XXXII in San Diego.

When the NFL season winds down, Greg is the host of one of the premiere events in all of sports, The NCAA Men’s College Basketball Tournament. He has been the host of March Madness since 1998. During the height of March Madness, Greg spends hours in the studio with his colleagues, analysts Clark Kellogg, Seth Davis, Kenny Smith and Charles Barkley, providing CBS viewers with exciting highlights and coverage on the Road to The Final Four.

Greg is a member of the National Board of Advisors for The March of Dimes and is honored to have become a member of the St. Jude Children’s Hospital Sports Council. He is the 2007 Honoree of the prestigious Pat Summerall award for his outstanding work in broadcasting. The 3-time Emmy award winner is also a member of the Board of Regents at his alma mater, Loras College, in Dubuque, Iowa. Read Less ^

Drawing from his nearly-40 years in the business, sportscaster Greg Gumbel offers an entertaining and motivational presentation, chock full of personal stories, anecdotes, and insights into the world of sports. This 40-minute talk includes a short video clip.

The Hilarious Side of Sports

The Future of Sports Broadcasting

"Monday night’s VIP reception stands out as a highlight, in great part due to Greg’s attendance and speech. He was very personable – very much a gentleman... His half hour on stage was a perfect focal point for the evening. Greg had the audience laughing right from the start, but he isn’t just a skin-deep funnyman. The genuine warmth of Greg’s personality shone throughout the evening, a pitch-perfect follow up to an at-times emotional presentation by MDA and a young girl with Friedreich's ataxia. From the comments of both guests and volunteers, everyone there was as impressed as I was. Thank you for your help making Greg’s attendance a reality. It was an absolute joy to have him there. I hope he enjoyed it as much as we did." 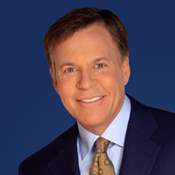 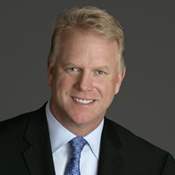