Haiyan Wang is managing partner of China India Institute, a research and advisory organization with a focus on the transformational rise of emerging markets, foremost China and India, and implications for key stakeholders. Read More >

Noted the world over for her vast expertise, she ranked at #25 by Thinkers50 as one of “the world’s most influential management thinkers.” Earlier, she was listed by Thinkers50 in “On the Guru Radar” and short-listed for the “2013 Global Solutions Award” and “2011 Global Village Award.” She has also been named a “New Guru” by The Economic Times.

Haiyan writes frequently for Harvard Business Review and has also been a columnist for Bloomberg Businessweek. She is the co-author of three highly acclaimed books: The Silk Road Rediscovered, Getting China and India Right (which received the 2009 Axiom Book Awards’ Silver Prize as one of the world’s two best books on globalization/international business) and The Quest for Global Dominance (2nd Edition).

The Transformational Rise of China & India 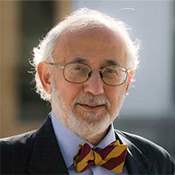