Actor/comedian Hal Sparks began his professional career as a teenager in Chicago. As a member of the famed Second City Troupe, his quick wit and affable personality quickly gained him recognition and acclaim. In 1987 he was named the “Funniest Teenager in Chicago” by The Chicago Sun Times. Read More >

After a successful run with Second City, Sparks moved to Los Angeles and immediately began performing at numerous comedy clubs, including The Improv, The Comedy Store, The Laugh Factory, and The Ice House, as well as at Comic Relief’s American Comedy Festival.

From 1999–2000, Sparks was the host of the Emmy-award winning Talk Soup on E! Entertainment Television, winning rave reviews from fans and critics alike. For five seasons, he co-starred as “Michael Novotny” on the hit Showtime series Queer as Folk, based on the controversial and critically acclaimed British series. He also starred in his one Showtime stand-up comedy special, Charmageddon, in June 2010.

Most recently, Sparks provided the voice of “Tak” in the Nickelodeon animated series Tak and the Power of Juju, which follows a teenage jungle boy and his fellow villagers as they deal with their fate as the unluckiest tribe in the world. He also lent his voice to the character “Mr. Q” in the GSN game show 20Q hosted by Cat Deeley, based on the award-winning game of the same name.

In 2006, Sparks appeared on the FOX musical competition series Celebrity Duets and hosted the WB reality series Survival of the Richest. In 2007, he shared judging duties with Roseanne Barr on the Nick at Nite comedy competition series America’s Funniest Mom.

Sparks is one of the star commentators of the VH1 hit pop culture series I Love the ‘90s, I Love the ‘80s, The ‘80s Strike Back, I Love the ‘70s, and I Love the New Millennium. He also appeared in the VH1 shows Celebracadabra and The Great Debate. His television credits include guest-starring roles on CSI, Frasier, and One on One. He also co-starred in the Showtime original feature Bleacher Bums, adapted from the critically acclaimed play of the same name. Sparks starred opposite Peter Riegert, Wayne Knight, and Brad Garrett in this classic baseball comedy.

On the big screen, he recently appeared in the film Extract and made a scene-stealing appearance with Tobey Maguire in Spiderman 2. He also co-starred in the 20th Century Fox comedy Dude, Where’s My Car?; Dickie Roberts, Former Child Star; and Chopper Chicks in Zombie Town with Billy Bob

Thorton. Sparks also provided the voices for two animal characters, a bee and a fish, in the 20th Century Fox film Dr. Dolittle 2.

He starred in his own sketch comedy pilot entitled Here Comes the Neighborhood and produced comedy segments for the Disney Channel. On the stage, Sparks has performed in productions of “The Glass Menagerie” and “Brighton Beach Memoirs.”

In addition to a busy acting and stand-up career, Sparks is an accomplished singer-songwriter-musician. He and his band, Zero 1, recently released their debut album. Read Less ^

A Conversation with Hal Sparks 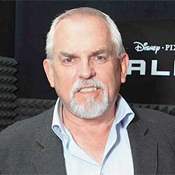