Janine is a highly acclaimed and sought-after public speaker known for her riveting and inspiring speeches across the country. Reviews for Janine’s speeches include words such as: “Riveting,” “Electrifying,” “Inspirational,” “Witty,” “Impactful,” “Courageous,” “Action Plan,” “Donations Doubled,” “Eloquent,” and “Wow!” Read More >

Chris Joiner President of Accordias Healthcare Services said, “While Janine is a very successful and well known actor, I believe that she is a better speaker than actor. When she was acting, she was portraying someone else’s words, thoughts and actions, but when speaking Janine is expressing her own ideas and thoughts, which are eloquent, energetic, and inspirational.”

Perhaps you best remember Janine as an Emmy and three-time Golden Globe-nominated actress known to millions of fans for her role in the hit CBS television show, Northern Exposure. Janine’s lustrous career includes starring in NBC’s Friday Night Lights, Lifetimes’ Strong Medicine, and in feature films such as Steel Magnolias, Cliffhanger with Sylvester Stallone, Dr. T and the Women with Richard Gere, Night of the White Pants with Tom Wilkinson and in Universal’s Leave it to Beaver as June Cleaver. Her most recent movie role is portraying Anthony Hopkins’ wife in the feature film Solace released nationwide in 2016.

As a film maker, Janine won Best New Director at the Deep Ellum Film Festival for her short Film, Trip in a Summer Dress. She also co-produced, wrote and starred in a yoga DVD, Christoga, with a companion soundtrack, and a highly regarded album debut, Mockingbird Hill with her daughter, Juliette Turner.

As a radio talk show host, Janine gained a whole new following. Her show, The Janine Turner Show, (2011-2014), was named the Best Talk Radio Show 2011 by The Dallas Observer.

Janine is the creator, author and voice of the God on the Go Minute and she and her daughter, Juliette Turner, are the creators, authors and voices of The Constitutional Minute – both one minute spots for the radio.

Janine’s passion is America and the founding documents. She is the founder and co-chair of Constituting America http://www.constitutingamerica.org, the only non-partisan organization that utilizes arts movies, song, and television, social media, and the internet to inspire students and adults to learn about the United States Constitution and propels the students’ careers within these fields with their winning works.

She currently lives on her beloved three-hundred-acre longhorn cattle ranch in north Texas with her daughter, Juliette Turner, nineteen, who is a three-time published author of Our Constitution Rock, Our Presidents Rock and That’s Not Hay in My Hair. (Harper Collins/Zondervan) Read Less ^

Showing Up is Success

How to Cope in a Crazy World

On Alcoholism and Sobriety

Unifying Civics in the Classroom

Trust in the Lord's Plan

Actress, Author, Motivator and Entrepreneur Janine Turner has an inspirational speech that can fit any forum. In Ten Steps to Triumph Janine motivates by sharing her Hollywood war stories and how she overcame harrowing, humiliating professional and personal challenges. Read More >

From a broken engagement to Alec Baldwin to finding sobriety at age twenty-three, from hearing thousands of no’s and having only $8 left in her pocket to becoming a three-time Golden Globe and Emmy nominee, from single motherhood to reinventing herself and her career mid-life, from actress to author, from radio show host to public speaker, from producing movies to running a foundation – Janine applies her brilliant business sense, dogged determination and Ten Steps to Triumph to any situation. She has motivated male and female audiences in the corporate workforce, women in the workplace, working mothers, those craving a balanced work and personal life, healthcare advocates, heart health enthusiasts, fitness gurus, the faithful, and those dealing with depression and/or seeking sobriety. She not only uses her life experiences but she is a two time published author, and columnist and draws from both of her published books: A Little Bit Vulnerable (Dunham Books) and Holding Her Head High (Thomas Nelson). Unlike most speakers who have a singular niche, Janine inspires with many, and she has given literally hundreds of speeches all over the country with high praise.

"While Janine is a very successful and well known actor, I believe that she is a better speaker than actor. When she was acting, she was portraying someone else's words, thoughts and actions, but when speaking Janine is expressing her own ideas and thoughts, which are eloquent, energetic, and inspirational." Chris Joiner - President Accordias Healthcare Services, LLC.

Janine’s Ten Steps to Triumph speech includes a colorful Power Point with charts and never before seen behind-the-scenes photos. The Steps are: Defining Your Own Destiny, Listen for Your Higher Calling, Dare to Dream, Turn Tribulations into Triumphs, Go the Extra Mile, Don’t Give Up Before the Miracle, Managing the Moments, (coping skills), Persevere with Praise, Heal with Humor and Soar on Eagle’s Wings. Read Less ^

Janine Turner is brave. She speaks her mind about the state of the country and her desire to preserve its founding principles. Janine has used the celebrity status from her remarkable career as a three-time Golden Globe and Emmy nominee to become a highly sought after political public speaker. Read More >

She has given hundreds of inspiring and thought provoking speeches to all ages and to all types of venues - from elementary schools to American Universities, from the Boy Scouts to Adult Leadership Conferences. Janine is founder and co-chair of Constituting America which uses a multi-tiered approach to affect the culture, and along with her radio show, her published columns, (The Washington Times, The Washington Examiner) and her regular appearances as a pundit, Janine’s sharp political analysis is in high demand. Janine is a two time published author and her most recent book, A Little Bit Vulnerable, (Dunham Books), includes her essays on the Federalist Papers, a collection of her published opinion-editorials, her radio show interviews with political figures and her popular petition, The Truth Act – an outline to reduce the page numbers of federally legislated bills. She has co-authored an intriguing corresponding white paper on the topic for Constituting America which provides fascinating statistics on the history of the United States Congress’ bills. Whether it’s Janine’s keen current application of the founding documents or a timely inspirational political perspective, Janine Turner delivers.

Oh, and it must be a generational thing: Janine is related to George Washington, is a daughter of the American Revolution, her greats fought in the Civil War and World World II, her father was a West Point Graduate and Air Force hero and her teenage daughter, Juliette, is the best selling published author, (Harper Collins Zondervan), of Our Constitution Rocks, used in classroom across America, and Our Presidents Rock. Read Less ^

Millions of Americans struggle with drug and alcohol dependency. At a time when a faltering economy, high unemployment, and national security threats heighten the stress and anxiety felt by many Americans, substance abuse issues can become more prevalent, causing individuals to spiral out of control, destroying lives and families through a never-ending cycle of dysfunction, denial, and violence. Read More >

Yet substance abuse is by no means a modern problem. Passages from the Bible recount the destructive influence alcohol can have on a person’s ability to maintain healthy, loving relationships. As a recovering alcoholic with two decades of sobriety, Janine Turner discusses her own battle with alcoholism while sharing a powerful and inspiring message of hope and faith that substance abuse can be successfully conquered. Read Less ^

Perhaps best known for her role as Maggie O’Connell on the popular 90s television show Northern Exposure, Turner has since starred in such series as Strong Medicine and Friday Night Lights. Though she has led an accomplished career in front of the camera, she is now turning her efforts off-screen to raise awareness of heart disease and to promote healthy lifestyle choices. Read More >

Living with Premature Ventricular Contraction (PVC) and a hole in her heart, Turner carries with her a family history of congestive heart failure. A proponent for healthy living, she emphasizes the importance of taking care of your heart by taking care of yourself. Read Less ^

A Family’s Journey of Standing Up to Cancer

In this presentation, Janine shares her family's experience with the disease and the importance of continued work by everyone to support cancer survivors. Janine’s personal connection begins with her mother, who is a breast cancer survivor, and sister-in-law's mother, who had to undergo a mastectomy and is a survivor. Unfortunately, Janine and her family experienced the worst side of cancer when they lost their great aunt to the disease. Janine’s family handled the cancer diagnosis together, as a family. She stood by her mother during radiation therapy sessions and encouraged her mother to be part of a major study, a clinical trial. Janine’s mother, Janice, participated in the study in order to be of service to others with breast cancer. Having stood close by, Janine took the journey of discovery, fear, surgery and recuperation with all the strong women in her family. She speaks intimately about her family’s experience while providing inspiration and hope for the future.

"Inspirational, funny, real, step-by-step recommendations from life experiences, informative, everything you want from a speaker! One of the best."

"While Janine is a very successful and well known actor, I believe that she is a better speaker than actor. When she was acting, she was portraying someone else's words, thoughts and actions, but when speaking Janine is expressing her own ideas and thoughts, which are eloquent, energetic, and inspirational."

"My wife and I were privileged to witness Ms. Turner’s presentation in St. Louis at the Working Women’s Survival Show. Filled with numerous ‘ah-ha’ and ‘wow’ moments, Ms. Turner’s engaging presentation took us down an interesting pathway of life and career lessons…an impactful ‘how-to’ on overcoming adversity. And, she did so in a humble and vulnerable fashion which was refreshing! We are implementing some of the anti-adversity mini-action plans Ms. Turner espoused. Time very well spent and we highly recommend!"

"The speech gave people chills; [she’s] the best speaker ever! Thanks so, so much! It was fantastic!!! It was fabulous!!! Janine is such a delight! Everyone loved her, she was quite the hit! Our donations in the room where double last year!!!"

"In discussing our fundraiser and speaker, Janine Turner, many board members spoke of the wonderful feedback they received from people who attended the event. I personally found her to be very approachable and down to earth. She was willing to accommodate us and the event in any way she could. The message she delivered on recovery was one of the best I have heard. Our agency would highly recommend Janine to speak at other events regarding the issue of recovery from substance abuse. Thank you."

- The Council on Alcohol & Drug Abuse

"After hearing Janine Turner speak, I felt inspired, touched, motivated and quite frankly in awe. Her speech was riveting." 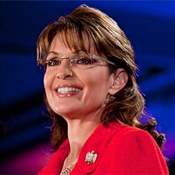