Jean Kilbourne is internationally recognized for her groundbreaking work on the image of women in advertising and for her critical studies of alcohol and tobacco advertising. In the late 1960s she began her exploration of the connection between advertising and several public health issues, including violence against women, eating disorders, and addiction, and launched a movement to promote media literacy as a way to prevent these problems. A radical and original idea at the time, this approach is now mainstream and an integral part of most prevention programs. According to Susan Faludi, “Jean Kilbourne’s work is pioneering and crucial to the dialogue of one of the most underexplored, yet most powerful, realms of American culture—advertising. We owe her a great debt.” Mary Pipher has called Kilbourne “our best, most compassionate teacher.” Read More >

Her films, lectures and television appearances have been seen by millions of people throughout the world. She is the creator of the renowned Killing Us Softly: Advertising’s Image of Women film series and the author of the award-winning book Can’t Buy My Love: How Advertising Changes the Way We Think and Feel and So Sexy So Soon: The New Sexualized Childhood and What Parents Can Do to Protect Their Kids (with Diane E. Levin).

Kilbourne has been what The Boston Globe described as “a superstar lecturer” for many years. Named by the The New York Times Magazine as one of the three most popular speakers on college campuses, she has twice received the Lecturer of the Year award from the National Association for Campus Activities. She has lectured at about half of all the colleges and universities in the United States and all of the major universities in Canada, as well as scores of private and public schools. She is also sought after as a keynote speaker at a wide range of conferences, including those focusing on addictions and public health, violence, women, and the media.

She is known for her wit and warmth and her ability to present provocative topics in a way that unites rather than divides, that encourages dialogue, and that moves and empowers people to take action in their own and in society’s interest. A member of the Italian Parliament said, “Hearing Jean Kilbourne is a profound experience. Audiences leave her feeling that they have heard much more than another lecture, for she teaches them to see themselves and their world differently.” Renowned media researcher George Gerbner described her presentations as “a form of mass vaccination with a symbolic antidote of a most powerful kind.” Students at Harvard Business School responded to her lecture with a standing ovation and a letter stating, “The importance of your research has not been lost on the Harvard Business School students as was evidenced by the remarkable turnout . . . The entire presentation will stand out as a highlight of our education here.”

Even advertisers sometimes respond positively, as in an AdWeek editorial: “After listening to Jean Kilbourne, I would never doubt her intellectual honesty. While she bills herself as a critic of advertising, she is more akin to a prophet calling out in the wilderness for fundamental change in the way we communicate publicly with one another.”s

Kilbourne has made several award-winning documentary films based on her lectures. They are used widely throughout the world. Her first film Killing Us Softly: Advertising’s Image of Women (and the remakes Still Killing Us Softly and Killing Us Softly 3) are among the most popular educational films of all time. Jay Carr, film critic for The Boston Globe, wrote, “With skill, humor and acuteness,

Kilbourne encourages action against these society-weakening images. Never shrill, her indictment is, if anything, understated.”

Her other films include Deadly Persuasion: The Advertising of Alcohol & Tobacco, Spin the Bottle: Sex, Lies & Alcohol, Slim Hopes: Advertising & the Obsession with Thinness, Pack of Lies, and Calling the Shots.

Kilbourne is the author (with Diane E. Levin) of So Sexy So Soon: The New Sexualized Childhood and What Parents Can Do to Protect Their Kids (Ballantine, 2008). Her book, Can’t Buy My Love: How Advertising Changes the Way We Think and Feel (originally published as Deadly Persuasion by Simon & Schuster in 1999) won the Distinguished Publication Award from the Association for Women in Psychology. Publishers Weekly called it “a profound work that is required reading for informed consumers.”

She has written many articles, including editorials in The New York Times, USA Today and The Journal of the American Medical Women’s Association, and has contributed chapters to many books.

Through her lectures, films, and articles, many of her original ideas and concepts have become mainstream. These include the concepts of the tyranny of the beauty ideal, the connection between the objectification of women and violence, the themes of liberation and weight control exploited in tobacco advertising aimed at women, the targeting of alcoholics by the alcohol industry, addiction as a love affair, and many others.

Kilbourne is internationally recognized as an expert on addictions, gender issues, and the media. She served as an advisor to former Surgeons General C. Everett Koop and Antonia Novello and has testified for the U.S. Congress. In 1993 she was appointed by the U.S. Secretary of Health and Human Services to the National Advisory Council on Alcohol Abuse and Alcoholism.

Reporters from all over the country rely on Jean Kilbourne as an accurate and interesting source. She has been interviewed by Time, Newsweek, The New York Times, The Wall Street Journal, The Washington Post, The Globe and Mail, and The Boston Globe, among many other publications. She has been a guest on hundreds of television and radio programs, including NewsHour with Jim Lehrer, All Things Considered, The Today Show, 20/20, and The Oprah Winfrey Show.

Kilbourne has a B.A. in English from Wellesley College and a doctorate in education from Boston University. Upon her graduation, she received an award from Wellesley that enabled her to spend three years in Europe, working for the British Broadcasting Corporation in London and for a French film company in Paris. She has been a Senior Scholar at the Wellesley Centers for Women (an honorary position) since 1984.

The recent recipient of one of Boston University’s most prestigious alumni awards, Kilbourne has also received awards from many other organizations, including the Academy for Eating Disorders, the Entertainment Industries Council, the National Council on Alcoholism and Drug Dependence, and the National Organization for Women. The presenter of an award from the American Federation of Television and Radio Artists (AFTRA) said, “No one in the world has done more to improve the image of women in the media than Jean Kilbourne.”

In 2004 she received an honorary doctorate from Westfield State College that proclaimed “Through research informed by a deep sense of justice, your insights lead us from consumerism to consciousness.” She also received a most unusual tribute in 2004 when an all-female rock band in Canada named itself Kilbourne in her honor.

More recently, she was profiled in Feminists Who Changed America 1963–1975 and was one of twenty-one journalists, media activists, and educators included in a Media Heroes deck of trading cards. Her card said, “Jean Kilbourne pioneered the critical study of images of women in advertising and the use of media literacy for public health and prevention. In 1969 she began lecturing on these topics, and has never stopped, traveling widely and inspiring many educators to follow her example of unflinching critique.” Read Less ^

So Sexy So Soon: The New Sexualized Childhood

While some people are fighting to keep sex education out of our schools or to limit it to abstinence only, children are getting a very powerful and very damaging kind of sex education from the popular culture. Even very young children are routinely exposed to portrayals of sexual behavior devoid of emotions, attachment, or consequences. Media messages about sex and sexuality often exploit women’s bodies and glamorize sexual violence. Girls are encouraged to objectify themselves and to obsess about their sex appeal and appearance at absurdly young ages, while boys get the message that they should seek sex but avoid intimacy. These messages shape their gender identity, sexual attitudes and behavior, values, and their capacity for love, connection, and healthy relationships well into adulthood.

Jean Kilbourne’s pioneering work helped develop and popularize the study of gender representations in advertising. This presentation reviews if and how the image of women has changed over the past 20 years. So many problems today, such as date rape and other forms of violence, eating disorders, and increased rates of drinking and smoking for women, are considered “women’s issues.” Unfortunately, sometimes the people who most need to learn more are reluctant to attend lectures on these topics. Jean manages to discuss these issues in a way that includes and reaches men as well as women and that powerfully illustrates how these images affect all of us. Entertaining, fast-paced, sometimes hilarious, the presentation is also profound and deeply serious. It encourages dialogue and discussion and a new way of looking at oneself as well as one another.

Addiction is arguably the number one public health problem in our country, one that affects all of us. This presentation exposes the manipulative marketing strategies and tactics used by the alcohol and tobacco industries to keep people hooked on their dangerous products. Jean Kilbourne presents a compelling argument that these cynical industries have a clear and deep understanding of the psychology of addiction – an understanding they exploit to create and feed a life-threatening dependency on their products. She also educates the audience about targeting and the primary purpose of the mass media, which is to deliver audiences to advertisers. In addition, she demonstrates how the objectification of women and the obsession with thinness are related to addiction. The presentation contains sections from most of Jean’s other presentations and can be adapted for many different audiences, from health professionals to high school students.

This presentation illustrates how advertisers and the media target women and sell addictive products to them, such as alcohol, cigarettes, diet products and prescription drugs. The presentation also examines how sex role stereotypes undermine female self-esteem and encourage sexual abuse, addiction, and violence against women.

This presentation explores the origins and terrible consequences of our national obsession with excessive thinness for women. Most women suffer from this obsession, not just those who develop eating disorders. The presentation examines ads for rich foods and junk food, ads for cigarettes, and ads for diet products. It also illustrates how the ideal body image has changed in the past thirty or forty years, and explores the fact that thinness has become a moral issue (the menage a trois that women are made to feel ashamed of these days is with Ben and Jerry). It offers a new way to think about life-threatening eating disorders and provides a well-documented critical perspective on the social impact of advertising. 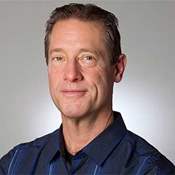