Jeff Belanger is an author, adventurer and one of the most visible paranormal researchers today. He’s written books for both adults and children, he’s a talk show host, television producer, lecturer and the founder of the new legend tripping movement. Since 1997, the former journalist has interviewed thousands of eyewitnesses to paranormal occurrences. Read More >

Belanger is also the host, writer and producer of the Emmy-nominated New England Legends television series on PBS. He is the ultimate insider and knows how to connect with people from all walks of life when it comes to the unexplained. He is the author of over a dozen books (published in six languages) including the best sellers: The World's Most Haunted Places, Weird Massachusetts and Who's Haunting the White House (for children). He's the founder of Ghostvillage.com, the Web's most popular paranormal destination according to Google.com, and a noted speaker and media personality providing dozens of lectures per year at colleges, universities, conferences and libraries. He's also the host of the cable/Web talk show, 30 Odd Minutes which is available in over 3 million homes in the United States. Belanger has written for newspapers like The Boston Globe and is the series writer and researcher for Ghost Adventures on the Travel Channel.

Belanger has been a guest on hundreds of radio and television programs and networks including: The History Channel, The Travel Channel, Biography Channel, PBS, NECN, Living TV (UK), The Maury Show, The CBS News Early Show, FOX, NBC, ABC and CBS affiliates, National Public Radio, The BBC, Australian Radio Network and Coast to Coast AM.

Additionally, Belanger is a Sandy Hook Elementary School alumni who sits on the Board of Directors of the Newtown Memorial Fund, Inc. This is a non-profit organization dedicated to creating a long-term fund to provide a memorial to the victims of the Sandy Hook Elementary School tragedy and to establish academic scholarships in the victims' names for generations of Newtown students to come. He holds a B.A. from Hofstra University and currently haunts Massachusetts. Read Less ^

TEDx: History is a Ghost Story 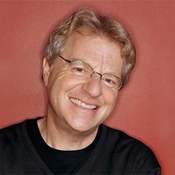