Jeff Le has had a career at the highest levels of public policy and politics at the state, federal and international levels. A recognized thought leader in political advocacy and representation, his analysis and opinion-writing has been featured in POLITICO Magazine, The New York Times, USA Today, The Washington Post, FOX News, The Hill, Washingtonian, Roll Call, Bustle, Forbes, and local and regional newspapers in 30 states. During the height of the #StopAsianHate movement, Jeff penned an opinion piece that received national attention in POLITICO Magazine called I Thought I Knew How to Succeed as an Asian in U.S. Politics. Boy, Was I Wrong. that highlighted his experiences in workplace discrimination in politics and racism throughout his life. Read More >

Jeff is now an executive leader in technology where he is Vice President of Public Policy and External Affairs for Rhino, a fintech startup working to give renters everywhere greater financial freedom through affordable insurance options. Prior to joining Rhino, Jeff was U.S. State and Local Public Policy Lead for VMware, a digital technology and infrastructure company, and managed the company’s gubernatorial, state, county, and local relationships across all 50 states and Canada. Jeff focused on emerging technology policy, including privacy, 5G, broadband, cyber, sustainability, workforce development, diversity and inclusion, education, and IT modernization.

Jeff graduated from the University of California, San Diego and received his graduate degree as a Rotary Ambassadorial Scholar at Central European University. He is a Millennium Leadership Fellow with the Atlantic Council, Term Member on the Council on Foreign Relations, a Truman National Security Project Partner, and has been selected for bilateral leadership programs to Japan, Germany, the UK, Spain, and Italy. Jeff has completed four 100-mile running races, qualified for the Boston Marathon, has been to every Major League Baseball ballpark, all 50 states, and 85 countries. Read Less ^

The Awakening of Asian American & Pacific Islanders in Politics and Our Society: How Do We #StopAAPIHate?

Long neglected by elites, AAPIs have become the fasting growing voting bloc in the United States and had record fundraising, turnout, and mobilization which helped flip the 2020 presidential election in key battleground states. In an era of scapegoating and sharp spikes in hate crimes and acts of violence against members of the AAPI community, AAPIs are now finding their voice and demanding representation at the highest levels of government. Read More >

Jeff Le explores his own journey – from actively running away from his Vietnamese American heritage to finally embracing his identity. A thought leader in politics and senior executive in technology and public service and thought leader in politics, Le discusses why communities of color and other marginalized communities must share their story more than ever. Read Less ^

Personnel is Policy: Why Representation Matters in Public Service & the Private Sector

Jeff Le focuses on diversity and inclusion as a matter of necessity for better business outcomes, stronger policy solutions, and superior cybersecurity and national security posture. How can we create culture and aligned values that best represent and empower other voices throughout organizations and at the highest levels of decision-making? Leveraging his global experiences, his public service career in state and federal government, his time in the technology sector, and his refugee family’s chicken farm in rural Georgia, Le challenges leaders to move beyond checkbox tokenism and to place diversity and inclusion as a vital part of any organization’s mission. Le discusses how companies, non-profit organizations, and government can consider recruit, retain, and enable talent to avoid groupthink and blind spots, and strengthen morale at a time of leadership crisis.

For Asian Americans Wary of Attacks, Reopening Is Not an Option (The New York Times, Jun. 8, 2021)

The Next Step in Protecting Asian Americans (POLITICO, Aug. 2, 2021)

How California can combat anti-AAPI attacks (USC Annenberg Center for Health Journalism, May 21, 2021)

Asian Americans Could Be the Key to Winning Georgia. Are Campaigns Flubbing Their Chance? (POLITICO Magazine, Dec. 23, 2020) 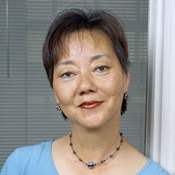 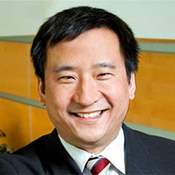