President and CEO of Dale Carnegie

Joe Hart is the CEO of the oldest and longest lasting training company in the world, Dale Carnegie Training. The legacy of Dale Carnegie holds special meaning to Joe. He attributes much of his success in business to the Dale Carnegie training he had early in his career. Read More >

As a Dale Carnegie graduate himself, Hart’s first business, InfoAlly, provided online programs to support the Dale Carnegie, Leadership Training for Managers, and Sales Advantage Courses. Hart worked closely with the company as a strategic partner for nearly 10 years. Hart sold InfoAlly and helped start a new company, Asset Health, where he served as the company’s president until joining Dale Carnegie. Asset Health is a fast-growing health technology company that helps train employees to be healthier people and better consumers of healthcare. The company works with numerous Fortune 500 and major health system clients.

Joe is available to speak about the 75 years since the original iconic book How to Win Friends and Influence People came out. In addition, Hart can share insights on how he turned around an organization with a 100% in person training revenue business to diversify their revenues 90% during the earliest stages of COVID.

Joe is a contributor for Newsweek and Rolling Stone and helps leaders take command of their team, their future, and their lives. Hart holds a bachelor’s degree in political science from University of Michigan and a law degree from Wayne State University Law School. Read Less ^

Building Relationships in a Virtual World

Developing a Team Mindset and Culture of Resilience

Developing a Team Mindset and Culture of Resilience

Lessons for Building Connection in a Digital World

MOVING BEYOND EQ: Reimagining Leadership Fundamentals for a New Generation of Change Makers 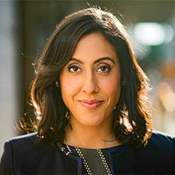