Joe Katz moved to Los Angeles from New York where he reported on fashion trends for a variety of large media outlets including Good Morning America, Wall Street Journal, Baron’s, HLN, Good Day LA, NBC LA and CBS2. You can also read some of his commentary in InTouch Magazine, OK! Magazine as well as Life&Style Magazine. He was the Fashion Expert at the Oscar Awards reporting live from the Red Carpet for the Associated Press as well as with CBS, CNN, and Fox News. Read More >

Joe has been in the fashion industry for years. He got his start as an authority owning his own modeling agency. Joe worked closely placing models with some of the top modeling agencies in New York such as, Elite, Ford, Next, IMG, Wilhelmina and many more.

Joe’s passion for fashion and style along with his background in comedy, have made him the guy to watch for and listen to. Read Less ^

It takes seven seconds to make a first impression. It can/will cost you the deal if you don’t make the right impact through your image. Read More >

How much is your image worth to you? In this session, Joseph Katz will teach you the steps in building your personal brand and successful image. He’ll offer new insights, best practice recommendations and actionable tools to foster better sales on any budget.

What does your current image say about you? Does your image project the impression that you are competent, confident, trustworthy and approachable? Read More >

Our style tells our stories, it reflects who we are and where we’ve been. Learn to tell your story that is consistent with who you are and is one you feel comfortable with.

Joseph will help you achieve goals and look the part in order to accomplish career aspirations. Known for his upbeat fun and whip smart personality, Joseph offers tips applicable to all body types and ages and is optimistic that we can all look better with one look at a time. Audiences will leave with very helpful and specific advice, in what will prove to be a helpful, fun and interactive presentation for all involved.

Power: Elevating Your Impact with Customers, Clients & Colleagues Through Presence

Presence is the assessment others make of your impact on them. Even before you open your mouth to speak, people make assessments about you. This assessment is based on the image you show up in and the emotional energy you emit. Read More >

People with powerful presence look confident, comfortable and speak persuasively even under pressure. They act with intention. People with a powerful presence reflect on their emotions, attitudes, and situations and are able to adapt to make an impact with customers, colleagues and clients.

Research shows that your appearance strongly influences other people’s perception of your financial success and authority. The correct appearance affects your power in the workplace. Since perception is often reality, what you wear not only communicates who you are in the minds of others, but also influences your level of career advancement.

Essentials to Dressing for Success

When it comes to your work wardrobe, do you spend time investing in quality, timeless pieces? Or do you find yourself constantly scrounging around in your closet to put together something that will pass at best? It is consistently proven that one of the keys to success is looking the part. Read More >

FACT: People who look successful and well educated receive preferential treatment in almost all of their social or business encounters. (John T. Molloy, Dress for Success)

You don’t have to be rich to simply look the part. Joseph Katz has years of experience styling a range of clients, from some of the most successful business professionals in Beverly Hills to everyday Americans just looking to get it right. In this presentation, Joseph Katz will provide the “do’s and don’ts” to looking your best at the office, plus five easy steps to building your professional wardrobe without breaking the bank. Read Less ^ 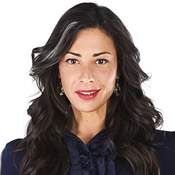