John Salley may seem like an unlikely candidate for vegan activism, but the former NBA champion prides himself on just that: his ability to continually reinvent himself. An athlete, actor, entrepreneur, talk show host, philanthropist, and wellness advocate, Salley has dedicated himself to helping others find happiness through healthy lifestyles. Read More >

A 15-year NBA veteran, Salley was the first NBA player to win four championships with three different teams—the Detroit Pistons, Chicago Bulls, and Los Angeles Lakers. Following his retirement from the NBA in 2000, he tried his hand on the silver screen with roles in Bad Boys and Bad Boys 2, Eddie, and Jerry Bruckheimer’s Confession of a Shopaholic. On television, Salley has hosted numerous award shows: the Emmy-nominated, critically acclaimed The Best Damn Sports Show Period on Fox Sports Net; Ballers on BET; his own talk show Game On! on The Reelz Channel; The Car Show on The Speed Channel; and most recently, the reunion shows of VH-1’s #1 rated Basketball Wives. He was also the host of “The John Salley Block Party” on 100.3 “The Beat Morning Show” in Los Angeles.

Salley is also the head of his own production company, John Salley Presents, Inc., where he uses his uncanny ability to find unique and interesting people and projects for television, film, and the Internet. He is also actively involved with Operation Smile, PETA, and the fight against diabetes, for which he has actively petitioned Congress to support the Child Nutrition Act and increase vegetarian options in meals served in public schools.

An advocate of the raw vegan lifestyle, John Salley frequently speaks at VegFest’s across the US. One of his main missions in life is to continue to educate people on the benefits of living a healthier lifestyle through better eating habits. With a passion for real food, wine, and spirits, he has contributed a number of articles to Wine Spectator, Cigar Aficionado, and LA Confidential. Read Less ^

"The event was a big success! John was great!  He really took the time to speak and take pictures with all of our guests.  Not to mention he’s extremely entertaining! He was excellent and we’ve had great feedback! Thanks for all of your help!" 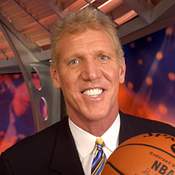