As a soccer player, Josep “Pep” Guardiola was an acclaimed defensive midfielder who spent the majority of his playing career with FC Barcelona, the professional soccer club based in Barcelona, Spain. He was part of the great Johan Cruyff's “dream team” that won the club's first European Cup. Read More >

After retiring as a player, Guardiola became a coach at Barcelona, succeeding Frank Rijkaard as first-team manager in 2008. In his first season, he led the team to the treble of La Liga, the Copa del Rey, and the Champions League, becoming the youngest manager to ever win that tournament. The following season, the club won six trophies in six competitions, playing some of the best soccer ever seen. The team included global stars like Lionel Messi, Xavi, and Iniesta and continues to compete at a level its rivals cannot match.

Josep “Pep” Guardiola will become the manager of FC Bayern Munich—the professional soccer club based in Munich, Germany—at the start of the 2013-2014 season. Read Less ^

An Evening with Josep “Pep” Guardiola 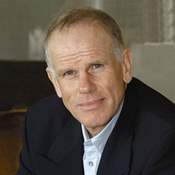