Member of the Central Park 5

April 19, 1989 started off as a normal day for 14-year-old Kevin D. Richardson, but that night would change the course of his life and American society forever. After the brutal attack and sexual assault of jogger Trisha Ellen Meili in Central Park, the New York Police Department rounded up and arrested a total of 10 suspects, including Richardson. Despite there being no DNA and no evidence connecting himself and the four other teens to the crime, Richardson was charged and sentenced to serve 5 to 10 years in jail. After serving 7 years for a crime he did not commit, Richardson was put on 3 years of probation, had to register as a sex offender and was released from prison. Read More >

However, years later the conviction for the attack remained on his record. In 2002, New York District Attorney Robert Richardson joined forces with the other men falsely convicted and filed a lawsuit for $41 million, which was finally settled in 2014. In 2019, Netflix released When They See Us, a mini-series portraying the famous events of the case. The celebrated and award-winning show has brought the injustices Richardson and the Central Park Five experienced back into the public’s attention.

30 years later, Kevin Richardson is an advocate for criminal justice reform and uses his personal experience with false coercions and unjust convictions to bring about change. He has partnered with the Innocence Project, a non-profit organization dedicated to exonerating wrongfully convicted people through DNA testing. In addition, Syracuse University created The "Our Time Has Come" (OTHC) Kevin Richardson Scholarship. The scholarship fund named after Richardson focuses on people of color and helps them achieve an education when they might not have had the financial means to do so. Read Less ^

When They See Us: The Story of the Central Park Five

In 1989, 14-year-old Kevin D. Richardson was arrested and charged for the attack and assault on jogger Trisha Ellen Meili. Despite no DNA and little other evidence connecting him to the attack, Richardson was sentenced to 5 to 10 years in prison, of which he served five and a half years. In 2002, the convictions were overturned. As depicted in Netflix’s When They See Us, the infamous case of the Central Park Five highlights the injustices of the United States’ criminal justice system. Motivated by his own wrongful conviction, Kevin D. Richardson is an advocate for reform and is a partner of the Innocence Project, helping to exonerate those who have been wrongfully convicted by harnessing the power of DNA testing. In this extremely personal and powerful keynote, Kevin Richardson shares his experience as a member of the Central Park Five. His accounts demonstrate the need for criminal justice reform and moves audiences to enact change.

"This was such an awesome experience for the school, its community and me! The chat format was such a great suggestion. The 90 minutes flew by and we had 57 questions in our queue for Kevin - people were so engaged. We will definitely keep you on call for our next speakers!"

"Kevin was amazing! So down to earth and personable. He gave a great talk and everyone who came was very happy. Thanks for recommending him."

"It was a success. There were 1250 people there. People have been deeply touched and moved. Kevin is a wonderful human." 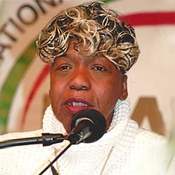 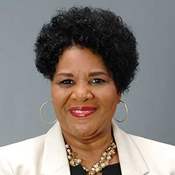