Futurist/Visionary on Disruptive Innovation and AI

Kevin Surace is a Silicon Valley innovator, serial entrepreneur, and CEO. Kevin has been featured by Businessweek, Time, Fortune, Forbes, CNN, ABC, MSNBC, FOX News, and has keynoted hundreds of events, from INC5000 to TED to the US Congress. He was INC Magazines’ Entrepreneur of the Year, a CNBC top Innovator of the Decade, World Economic Forum Tech Pioneer, Chair of Silicon Valley Forum, Planet Forward Innovator of the Year nominee, featured for 5 years on TechTV’s Silicon Spin, and inducted into RIT’s Innovation Hall of Fame. While he has a deep technical background, he is known as a very dynamic public speaker who is a true entertainer that excites, educates and energizes audiences to action. Live “Edutainment” is how audiences describe his talks. Read More >

Kevin’s most requested talks include Robots, AI and Automation…How it will impact your job and your life, The Future is Now and Here is What You Need To Know!, Bring Silicon-Valley Disruptive Innovation to Your Organization and Change Management, Silicon Valley Style. He is also available to expertly moderate conversations and interview luminaries and executives as well as host workshops and events. Read Less ^

TEDx: A Renaissance – the Coming End of Human Work

The End of Human Work

Every Company Must Automate

From shopping to real estate, to social media to AI…everything has changed. Digital transformation accelerated across all walks of life. What will be the new normal? What does the world look like 5 years out…or 10? This is a fascinating and exciting talk that will thrill your audience and make them rethink what they thought they knew about work and life.

AI & Automation...It’s Impact on Your Life & Your Company

Hear about where artificial intelligence is today, where it is going, and how you can participate. See robots and algorithms and real wins in action. Learn about the process, what we can do today, and how it can change your company starting now. Nothing to be scared of...it’s just math. You will surely laugh aloud, while this makes you ponder. You will leave with brand new knowledge ready to put to work, excited and ready to hop aboard the AI express!

How does Silicon Valley continue to innovate faster than any other region on the planet? Learn the secrets of how and why people are driven to disrupt. What culture can you bring to your own organization to encourage this process? What are the risks and rewards? And how you can get going on your company’s journey to disrupt with practical skills and to-do’s you can act on now. You will enjoy this high-energy, interactive and funny talk on disrupting any industry starting today.

The METAVERSE? – yes. It’s here and it will impact your business, your clients, your sales, marketing, training. And perhaps will change the way we all interact with each other. A mix of virtual reality, artificial intelligence, and immense computing power, some of us will literally live in the metaverse and others will profit from it. Learn how to turn this into a positive force in your life and your business through an educational and entertaining session that will blow your audience’s mind!

AI, IOT and cloud are the biggest changes in technology in decades. What are they and how do they work? What is practical knowledge I can use today? Those who embrace these new directions will easily crush their competition. Embedding these into your business, regardless of the vertical, is easier than you think once you understand how to reach the “Center of Annihilation” – and you will learn this and a whole lot more in an easy, fun and energetic talk!

"Kevin you did a sensational job. Edutainment is right. Congratulations and look forward to working together in the future."

"We were thrilled to have Kevin as our keynote for our KES event! He’s an energetic speaker that can captivate any audience. His talk on AI and the Future of Work was the right mixture of provocative content and engaging entertainment, making for a rich exchange session after his talk. It was one of the best reviewed events ever by our C-Level attendees. We were so happy and hope to work with him again in the near future."

"Kevin, you were great with a perfect combo of thought provoking information and entertainment. Very well done."

"Kevin is very inspiring, and underlying this inspiration, he serves solid practical knowledge and great advice that we put right to work."

"Kevin is right - big companies can and must do great things to thrive. His message about vulnerability and innovation was so good, the employees were still talking about it at the same event the following year."

"Our guests were captivated by your presentation and it made for great conversations the rest of the day!" 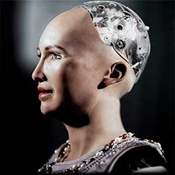