A Harvard-trained economist who has viewed the past 20 years of China’s rise through the lenses of both East and West, Dr. Keyu Jin is a global authority on international macroeconomics, geopolitics, international finance and the Chinese economy. Committed to being a bridge between two mutually misunderstood worlds, she translates systems, cultures and national aspirations to a wide array of audiences. Her talks transcend misconceptions to share fresh, invaluable perspectives on the very ethos of China itself, the rise of a new generation of consumers, techno-nationalism, and how China is already writing the financial history of the 21st century. Read More >

Currently based in Beijing due to the pandemic, Dr. Jin is a tenured professor of economics at the London School of Economics. Her research has focused on global imbalances and global asset prices, as well as on what drives China’s growth model, the Chinese saving puzzle, and ramifications of the one child policy. Her expertise as a bridge between two worlds began in 1997, when she was the first Chinese exchange student at a prestigious high school in New York, fielding well-intentioned questions about life in “mainland China.” She went on to earn her B.A., M.A. and Ph.D. in economics at Harvard University and to hold academic positions at the London School of Economics, Harvard, UC Berkeley, and Yale. She has also held positions with J.P. Morgan, Morgan Stanley, Goldman Sachs International, the World Bank Group, the Federal Reserve Bank of New York, and the International Monetary Fund.

Dr. Jin has written and spoken widely on the myths and realities of China’s macro-economy. She is a much in-demand speaker, appearing at the J.P. Morgan international Council, Barclays Asia Forum, Davos, and other elite international forums and at university seminars around the world. She is a regular commentator on CNN, Bloomberg, CNBC, and Sky News, an op-ed contributor to the Financial Times, and a columnist for Project Syndicate, Caijing and Caixin. Dr. Jin’s academic articles are published in leading journals such as the American Economic Review, Journal of International Economics, American Economic Journal: Macroeconomics and IMF Economic Review. Outside academia, she serves as a non-executive director to Richemont Group, the second largest luxury conglomerate.

Translating economics, geopolitics, and the aspirations of a radically different new generation of Chinese for a wide range of audiences, Dr. Jin provides invaluable perspective on the rise of China and its current and future impact on the world. Tailoring her talks to specific interests, she provides clarity and context—explaining a large, open and markedly different economy that is not well understood. Audiences leave with greater understanding and actionable insights that will shape their global view on economics, business, investing, technology, culture, geopolitics, and the future of the world economy. Read Less ^

What the World Can Learn From Chinese Innovation | Wired

China and the Evolution of the Financial System

China and the World: A Geopolitical Overview

Dr. Keyu Jin first became a bridge between China and the world as a high school exchange student explaining her country to her American hosts. Today, as one of the world’s leading economists specializing in China, she continues on her mission to break down barriers with knowledge and greater understanding. In this essential talk, she outlines a nation that has risen from developing nation to world power in less than one lifetime. And yet, many still view China through the lens of the past. Dr. Jin shatters old perceptions to provide a fascinating portrait of the nation that’s not only writing the financial history of the 21st century, but leading in technology and scientific innovation. From demographic shifts to technological transformation, Dr. Jin covers the factors behind China’s rise—providing a customized briefing for a range of audiences and interests.

Over the past 50 years, China has transformed from a population shaped by the Cultural Revolution and the Great Famine to a new generation that has known nothing but prosperity. This ascending generation of Chinese is confident, prosperous, highly educated, and has travelled and studied abroad and in the West. As consumers, they are coveted spenders—setting national and international trends in fashion and other industries. As Chinese, they are proud of their history and country, understand Western liberal values, but don’t necessarily embrace them. And while China has become more economically liberal, the new generation is increasingly conservative, ensuring that the political system is more secure than ever before. In this fascinating talk, Dr. Keyu Jin provides an eye-opening overview of a consumer that companies ignore at their own peril—and a cultural force that is rapidly transforming China and the world.

At a time when technology companies are being reigned in and regulated in the West, China is mobilizing all of its national resources to drive innovation and achieve global technological supremacy. This massive national program, on a scale not seen since Maoist days when China pushed to become a nuclear power, has built an ecosystem that links universities, national labs, tech incubators, local governments, and private investors, and is providing all with the resources to collaborate and accelerate innovation and success. Understandably, the scale of this push—modeled after the Manhattan Project and Apollo program—has raised alarm in the U.S. But according to Dr. Keyu Jin, it could transform the planet with technological innovations inspired by a renaissance of healthy global competition. Dr. Jin takes audiences behind China’s unprecedented internal mobilization and explains how it will impact the U.S. and the world.

From Imitator to Innovator: What the World Can Learn from Chinese Innovation

Once upon a time, the world looked down upon Chinese technology. They were perceived as nothing but copy cats— imitators and appropriators rather than innovators and originators. But while the world sneered, China evolved. Today, with only 25% of the GDP per capita of the US., China is at the cutting edge of technology. Of the top 10 unicorns, seven are Chinese. Its digital payments market is 50 times that of the U.S. And Huawei is now the largest issuer of new international patents. Dr. Keyu Jin examines China’s journey from imitator to innovator, debunking the myths and misconceptions and telling the story of a “gladiatorial” competitive environment in which only the most resilient entrepreneurs and robust business models survive. What can Western companies learn from China’s evolution? How will China’s rise impact America’s tech giants? And what must they know to compete in an arena that all of China has been nationally mobilized to dominate? Dr. Jin provides an economist’s overview of the Chinese tech landscape, sharing insights for a wide array of audiences.

“Dr. Jin was a phenomenal guest on the call today. She provided a unique, and much more optimistic view of China than we have heard from others. She did a good job of coming at it from a global perspective but interjected some great nuggets for EMEA and APAC members - particularly Singapore, which is where a lot of our members operate.” 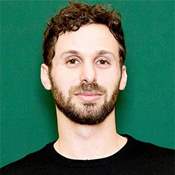