Advocate For Victims of War Crimes

Mrs. Kim Phuc Phan Thi, the Napalm Girl, shares her story of unexpected survival, a life in constant pain as the tool of a communist regime, love, family, and the unshakable, life-altering faith that set her free. Read More >

It's a moment forever captured, an iconic image that has come to define the horror and violence of the Vietnam War: Nine-year-old Kim Phuc Phan Thi running in agony moments after napalm bombs fell from the sky, bringing hellish fire that burned away her clothing and seared deep into her skin.

Left for dead in a hospital morgue, Kim miraculously survived — but her journey toward healing was only beginning. When the napalm bombs dropped, everything Kim knew and relied on exploded along with them: her beloved home and village, her country's freedom, as well as her childhood innocence and happiness. Kim's coming years would be marked by excruciating treatments for her burns, unrelenting physical pain throughout her body, and being handled for political propaganda. Kim survived the pain of her body ablaze, but how could she possibly survive the pain of her devastated soul?

Kim Phuc Phan Thi’s story of both unrelenting horror and unexpected hope, is a harrowing tale of life changed in an instant. Struggling to find answers in a world that only seemed to bring anguish, Kim ultimately discovered strength in someone who had suffered himself, transforming her tragedy into an unshakable faith. Read Less ^

Changing the Way We Look at ‘The Girl in the Picture’

The Lesson of Forgiveness

The Girl in the Picture

Family: A Celebration of Humanity

"How do you describe someone like Kim? To say she is inspirational is such an understatement. She exudes peace and compassion. She was warm, funny and endearing but most of all powerful. I can’t begin to tell you how the crowd reacted to her story. There were tears and, later, participants were telling me how they felt like their small problems just didn’t seem like problems anymore. It was a once in a lifetime experience that I am so glad I was able to be a part of. Truly the best keynote presentation we have had in the 25 years I’ve worked for AAMFT."

The Girl in the Picture: The Story of Kim Phuc, the Photograph, and the Vietnam War 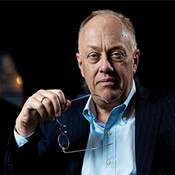