LaLa B Zannell is an advocate, organizer, and artist working towards liberation for transgender and nonbinary communities, with a particular focus on trans women of color and trans sex workers. LaLa has years of experience working in organizing and advocacy spaces, such as with the New York City Anti-Violence Project (AVP) where she served as the Lead Organizer doing advocacy, outreach, and networking on behalf of LGBTQ New Yorkers who have experienced violence. She has also organized and held a vigil for National and local trans community members. Read More >

Through her work with National Coalition of Anti- Violence Programs (NCAVP), she was instrumental on how the lives of trans women of color are talked about in the media today and worked with media outlets to change how the report on trans lives stories in the media. Having served as a former chair of the policy and working group committee for Communities United for Police Reform (CPR), LaLa was part of passing Intro 541 which addresses unconstitutional searches by the NYPD.

Alongside her policing work, she lobbied the NYC City Council for a policing bill and created the first Trans Discrimination Survey in New York City to collect data on trans people’s experiences in employment. The findings were released in City Hall Park alongside City Council officials and TGNC leaders.

LaLa is a gifted public speaker and speechwriter; she spoke at the White House for the first Women’s History Month briefing that included trans women, the last briefing on transgender people under the Obama administration, and testified at the first Congressional forum on violence against transgender people.

In 2015, she was featured on the Trans 100 list. She has also published her writing in USA Today, NBC News, Out Magazine, Ebony Magazine, Leisure Studies, and many other publications. Her many television appearances include The Samantha B Show, Democracy Now, Trevor Noah and more. She has been interviewed on various podcast such as Translash, The LGTBQ Nation, The Takeaway, Let’s Get Back to Queer, Marsha’s Plate and Politicly Re- Active.

She is a co-producer of her own feature film and documentary called LaLa’s World and has received numerous awards and government proclamations. LaLa is also an entrepreneur, having founded T Times Three Jewelry company led by Trans activist and author Cecila Gentili and fashion designer GoGo Graham, who are three trans women of color. LaLa currently leads the ACLU’s advocacy and organizing work to support and empower transgender and nonbinary people. Read Less ^

How Can People Support the Trans Community

An Evening in LaLa's World

“LaLa is a beacon of hope, and a force to be reckoned with, and her impact in creating change for our communities cannot be overstated. Callen-Lorde was thrilled to bestow her with a 2022 Community Health Award, in recognition of her tireless organizing, advocacy, and activism centered around the health, well-being and safety of trans and non-binary people – particularly trans women of color.” 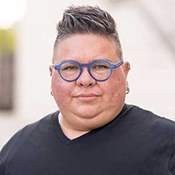 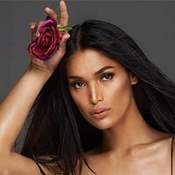 Transgender Right Activist & Creator of "Call Me They"