An Emmy Award winner, Larry Wilmore is a comedic force on and off-screen, speaking out on diversity, politics, current events, culture and beyond. Read More >

Larry Wilmore has been a television producer, actor, comedian, and writer for more than 25 years. He is perhaps best known for his role as host of Comedy Central’s The Nightly Show with Larry Wilmore, which debuted in January 2015 and ran for nearly two years. Wilmore received praise from critics for carving out a “uniquely powerful space” and providing “complex, destabilizing commentary on racial issues that were otherwise lacking in late-night”. The Daily Beast added that Wilmore’s show was “exhilarating” and a “necessary voice in late-night.”

Off-screen, Wilmore helped launch ABC’s Black-ish as an executive producer. And together with Issa Rae, Wilmore co-created and is consulting producer on Insecure. The half-hour comedy currently airing on HBO also stars Issa Rae and details the awkward experiences and racy tribulations of a modern-day African-American woman. He also hosts the podcast, Larry Wilmore: Black on the Air, where he weighs in on current events and interviews fascinating guests from the worlds of politics, entertainment, culture, sports and beyond.

Previously, Wilmore made memorable appearances as the “Senior Black Correspondent” on The Daily Show with Jon Stewart and hosted his own Showtime “town hall-style” comedy specials, Larry Wilmore’s Race, Religion & Sex.  He wrote for In Living Color, The PJ’s (which he co-created), The Office (on which he appeared as Mr. Brown, the diversity consultant), and The Fresh Prince of Bel-Air.  He also served as creator, writer, and executive producer of The Bernie Mac Show, which earned him a 2002 Emmy Award for “Outstanding Writing for a Comedy Series” and a 2001 Peabody Award. His first book, I’d Rather We Got Casinos and Other Black Thoughts, hit shelves in January 2009 and was released in paperback in 2015.

In April 2016, Wilmore had the immense honor of hosting the White House Correspondents’ Association Dinner in Washington, DC. His sharp and thought-provoking remarks made his appearance one of the most memorable in recent memory.

He currently lives in New York.

An Evening with Larry Wilmore

"We had a great event with Larry Wilmore at the St. Louis Public Library. I cannot thank you enough for making sure this happened. Larry was incredible, a total pro who merged into our meet and greet like an old friend, followed by performing on stage for a solid hour. Of course, he got a standing ovation. The book signing was an incredible success as well with over 100 books sold and signed. That is impressive for anyone!!

"Beautiful! He was very generous, gracious, and respectful to the audience. We had healthy attendance; we were very happy and we'd love to have him back. No hitches. Thanks for all of your support!"

"Larry Wilmore was AWESOME. He did a presentation on Barack Obama’s first 300 days in office, a checklist off which he gave his thoughts on everything from how Obama is handling the healthcare crisis and foreign affairs, to sports he should not be photographed partaking in (bowling). He then gave Obama a grade for each one and get the audience’s input throughout (giving Obama an ultimate “A for effort” at the end). He kept the audience of 850 laughing nonstop for 40 minutes, and it was clear how much he was enjoying giving his presentation. From his work on The Daily Show, I was expecting him to be much drier and sarcastic in terms of humor, but he was laughing right along with the audience throughout his presentation and everyone loved that. His style is more stand-up comedy than straight speech. It was a very fun presentation (for a liberal crowd of course). The first thing I heard when sitting down at my table was “I can’t wait to hear this speaker!” and afterward, everyone was buzzing about Larry in the lobby. He signed books and was happy to do so. He’s an excellent choice for any fundraiser, big or small."

I'd Rather We Got Casinos: And Other Black Thoughts 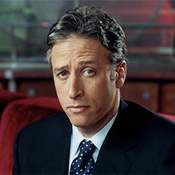 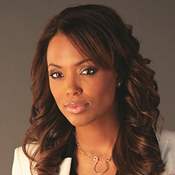 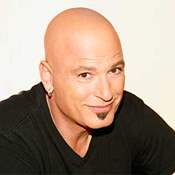