Dr. Leana Wen is an emergency physician and Visiting Professor of Health Policy and Management at the George Washington University School of Public Health. She is also a contributing columnist for The Washington Post, writing on health policy and public health, and an on-air commentator for CNN as a medical analyst. As an expert in pandemic preparedness and response, she has been a frequent guest commentator on the covid-19 crisis for CNN, MSNBC, BBC, and National Public Radio. Read More >

Previously, Dr. Wen was the Health Commissioner for the City of Baltimore, where she led the nation’s oldest continuously operating health department in the U.S. to fight the opioid epidemic, treat violence and racism as public health issues, and improve maternal and child health. She has also served as Director of Patient-Centered Care Research in the Department of Emergency Medicine at George Washington University; as President of the Planned Parenthood, where she worked to reposition the organization as a mainstream healthcare entity that delivers comprehensive care for women and families; as and a consultant with the World Health Organization and China Medical Board.

Currently, she serves on the advisory Boards of three health innovation companies and on the Board of the Baltimore Community Foundation. She is also a Nonresident Senior Fellow at the Brookings Institution and a Distinguished Fellow at the Fitzhugh Mullan Institute for Health Workforce Equity. She was the Board Chair of Behavioral Health System Baltimore for four years and has served on more than ten nonprofit and advisory boards.

Dr. Wen earned her medical degree from Washington University School of Medicine and her master’s degrees at the University of Oxford, where she was a Rhodes Scholar. She completed her residency training at Brigham & Women’s Hospital and Massachusetts General Hospital. The author of the dozens of scientific articles and the critically-acclaimed book, When Doctors Don’t Listen, she has given six TEDx and TEDMED talks.

Drawing upon her diverse experiences as a practicing physician, healthcare executive, policymaker, researcher/writer/thought leader, and advisor to health innovation and technology companies, Dr. Leana Wen speaks on a broad array of topics. Customized to your event and audience, Dr. Wen speaks on many topics including the future of healthcare, health equity, wellness, women in leadership

When she is not working, she is spending time with her toddler Eli, and her newborn baby, Isabelle. Read Less ^

Planned Parenthood & Fighting the Politicization of Healthcare | The Daily Show

TED: What Your Doctor Won’t Disclose

COVID-19 & the Future of Healthcare

Dr. Wen is one of the nation’s leading experts in the COVID-19 pandemic, called upon for her expertise by Congress, state and local governments, businesses, schools/universities, and scientific organizations. She can also provide an update on the state of the coronavirus outbreak that is tailored to the specific audience: for example, what are possible trajectories of the pandemic and the impact on businesses? What are lessons learned for cities and for public health preparedness? She also speaks to the future of medicine and healthcare: How will the outcome of the 2020 elections change the landscape of healthcare delivery? What are the major trends in payment reform, health workforce, and medical technology, and how will they, in the COVID-19 era, shape the future of medicine and public health?

Dr. Wen is a leading national expert on health disparities. During the COVID-19 crisis, she was asked to testify twice to the U.S. House of Representatives on the unequal impact of the pandemic on communities of color. While she served as Baltimore's health commissioner, she reconfigured the agency to specifically focus on health equity and was among the first leaders to declare racism as a public health crisis. She can speak from the lens of current events on how COVID-19 has unmasked existing disparities and specifically focus on innovative solutions that reduce disparities and improve health in the short-term, as well as long-term efforts to address structural inequities.

Women, and women leaders, face distinctive challenges in the workplace. Trained in trauma/ER medicine and having been one of many “firsts” as a woman of color, Dr. Wen speaks from first-hand experience and from her professional research about the challenges and opportunities for women in leadership. These include advice for women about the “double bind”and “glass cliff”, such as owning one’s authentic identity and negotiating societal expectations. Dr. Wen alspo gives talks in crisis leadership, innovative leadership, and overcoming adversity. These include lessons from innovative leadership locally and nationally, drawing upon her background convening unlikely stakeholders around shared goals; leading collective impact, public-private collaborations in public health; and getting to points of agreement in turbulent political environments.

Dr. Wen has given dozens of talks to corporate audiences about employee wellness. One type of presentation is to employees on mental health and well-being, reducing stress, and simple things to improve health every day. She also includes patient advocacy tips including advice for those caring for children and older parents. Another type of presentation is for managers and HR directors. Dr. Wen has studied and implemented citywide wellness initiatives and corporate wellness strategies; she discusses best practices that improve employee well-being and productivity. She can also approach the topic from her work on the opioid epidemic and mental health crises—the “diseases of despair”—and speak in particular about what everyone can do to build resilience and incorporate mental and physical wellness routines into their work and home lives. Finally, she references both her own experiences negotiating dual roles as mother/executive and her research on women, parents, and caregivers in the workplace to speak about work-life balance in a changing environment.

“Dr. Wen is an extremely knowledgeable and passionate doctor who is committed to her message to transform physician-patient interactions. I enjoyed her enthusiasm, her stories and the overall approach of her presentation. I know many future physicians can learn from her and the message she is trying to evoke, while having fun at the same time. We would love to have her come back!”

“Leana is one of the best public speakers I’ve seen. She really knows how to use narrative to convey information. Her presentations at the Unite for Sight Conference were finely crafted, using brief, compelling stories (and some surprising twists) to make serious points without ever losing the audience's attention. And unlike many speakers, she seems to be truly enjoying herself on stage.”

“Dr. Wen is an extraordinary speaker. She is both articulate and knowledgeable about the topics she is discussing. In addition, she is passionate about her work and compassionate with the audience she is addressing. Last month, we had the pleasure of having Dr. Wen speak at our organization’s annual national patient conference. Her knowledge and tone earned her some of the highest audience ratings of any of our conference speakers. Without a doubt, I would highly recommend Dr. Wen as a speaker and look forward to the opportunity to work with her again in the future.”

“Dr. Wen’s passion for helping people underlines her actions and led her to speak up when she sees a need for change, one of the many reasons for writing her book. She serves as a wonderful example to us all for what a true physician should be like: honest, caring, and trustworthy.”

“Having been a trial lawyer, I value communication skills. Dr. Wen delivers powerful messages through her enjoyable presentations. I heard her keynote address to Massachusetts' top health policy makers—her talk held the room rapt. With an easy conversational tone, she delivered a substantive message subtly, but compellingly.”

“Dr. Wen is empowering in a very unique way—a way that allows her audience to connect to the content of her presentation such that they feel they are part of the presentation themselves. Dr. Wen leaves her audience with an unforgettable perspective to contemplate and relate to their own lives.”

“Dr. Wen received rave reviews from the audience at our Empowering Healthcare Consumers conference. She zeroed in like a laser on how critical it is for patients and doctors to talk first before embarking on tests or treatments. She does this with a crisp and poignant delivery of true-life stories that resonate with all of us who have ever been healthcare patients.”

“Dr. Wen is an amazing public speaker who I’ve had the privilege of listening to at the UC Davis Pre-Health and Pre-Medical National Conference. She not only captured the audience’s attention through her personal stories, but also raised questions that challenged everyone’s thinking. As a premed student, her speech has pushed me to be an even better leader within my community, and refined my understanding of why I am pursuing a career in medicine.”

“Dr. Wen is both an incredibly accomplished physician and a truly engaging public speaker. When she presents, her words are not only insightful and personal, but highly actionable as well. She challenges conventional wisdom and gives her audience simple recommendations to improve their doctor-patient relationships and ultimately their health outcomes. I hope she continues writing, speaking, and helping patients everywhere!”

“I want to thank Dr. Wen for coming to the Sandwich Public Library to talk about her book. I'm so grateful that she came, and I know that everyone who attended felt the same way. Dr. Wen has a mission and shared it so knowledgeably, passionately and compassionately. We all left the library with a better understanding of how to play a more active role in our own healthcare in the future.”

“Dr. Wen is a captivating speaker and her use of personal anecdotes grasps the attention of her audience. She explained the intricacies of the healthcare system today and what needs to be done to correct it. She has inspired me and many others to become attentive doctors that truly listen to their patients in order to provide them with the best possible care.”

Public Health Saved Your Life Today: A Doctor's Journey on the Frontlines of Medicine and Social Justice

When Doctors Don't Listen: How to Avoid Misdiagnoses and Unnecessary Tests 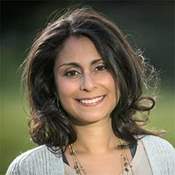 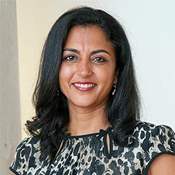