One of the nation’s rare Black female editors-in-chief and a 2020 Forbes 30 under 30 honoree, The Cut’s Lindsay Peoples shares an invaluable view of women’s empowerment, marketing to GenZ, elevating your brand in the era of Black Lives Matter, hiring for diversity, and running multi-million-dollar brands with an editorial mission to view everything through the lens of inclusivity. Read More >

Peoples returned to The Cut, New York Magazine’s style and culture site in 2021, after two years as editor-in-chief at Teen Vogue. At Teen Vogue, she was the youngest editor-in-chief of a Condé Nast publication and one of the rare Black journalists in leadership roles at the company’s magazines. While there, she co-founded the Black in Fashion Council, which has enlisted the support of the Human Rights Campaign to provide benchmarking around corporate policies and practices that are pertinent to the inclusivity of Black employees. Under Peoples Wagner’s leadership, the Council established an Equality Index Score for companies across fashion and beauty brands and the media that covers them.

Before Teen Vogue, Peoples spent five years as an editor at both The Cut and New York Magazine, roles she assumed following her time as the fashion market reporter at Style.com. During this first tenure at The Cut, she won the 2017 ASME Next award, which honors outstanding achievement by magazine journalists under the age of 30. She also wrote the critically-acclaimed “Everywhere and Nowhere: What it’s really like to be Black and work in fashion.” The piece featured more than 100 people of color’s insights and perspectives on diversity in fashion. In 2019, she was celebrated among Business of Fashion's BoF 500. She was also included on the 2020 “Root 100” list of the most influential African Americans.

Earlier in her career, Peoples spent two years as a fashion market assistant at Teen Vogue, where she returned after a stint at O, The Oprah Magazine. She began her career in fashion at Teen Vogue as an assistant working in the fashion closet under the founding editor-in-chief, Amy Astley. Peoples Wagner, who hails from Wisconsin, graduated from Buena Vista University with a bachelor's degree in art and journalism.

Sharing her own personal and professional experiences, branding savvy and leadership expertise, Peoples provides honest, authentic advice that not only inspires, but gives audiences the insights and tools to take action. Read Less ^

On Fashion and Body Positivity

Fighting for Inclusivity in the Fashion & Beauty Industry | GMA

Get Ready with Me

The Pandemic & Black Lives Matter: How Young People Are Building A New Normal

Adults yearn to get back to normal. Young people, on the other hand, see issues that generations before them have failed to change. In this time of crisis and social upheaval, they also see an opportunity to start over and collectively build something new and better, whether it be about Black Lives Matter, climate change, #MeToo or human rights. According to Lindsay Peoples, it has to be younger people who drive lasting change because they are the ones most affected. “You see that with Greta [Thunberg], you see that with Malala [Yousafzai] and so many of those that have appeared on Teen Vogue’s covers,” says Peoples. “Young people—especially young people of color— are starting a revolution and saying that things aren’t good enough. We’re refusing to accept what older people are willing to give us because it’s unacceptable.” In this inspiring speech celebrating the power of young people to create real and lasting change, Peoples rouses audiences to action and provides powerful insights for adults and educators. “This is the only way change is going to happen,” she says. “We just have to keep doing it.”

The Time Is Now for Brands to Change

Black Lives Matter and other social movements have totally raised the bar for brands. Consumers, especially young consumers, now embrace or reject brands based on how they align with their own values and social conscience. They’re calling companies to task, demanding action, and holding them accountable. “You just can’t hop on the Black Lives Matter bandwagon,” says Lindsay Peoples. “A corporate statement and an MLK quote aren’t going to cut it anymore. People want real, systemic changes that promote inclusivity.” In this eye-opening presentation, Peoples, who has shaped the Teen Vogue brand to be a model for inclusivity, social values and community, shares her view of the new societal landscape. You’ll learn what brands must do (and not do) to authentically reflect and connect with customers, employees, stakeholders and their communities.

Dangers to Diversity: Referral Hiring & Other Practices that Derail D&I

In the age of Black Lives Matter, customers, employees and other stakeholders are demanding more than just words. They’re demanding real action and accountability on diversity and inclusion. In response, Lindsay Peoples Wagner, an outspoken voice in a predominantly white  industry, co-founded the Black in Fashion Council. The council has enlisted the support of the Human Rights Campaign to provide benchmarking around corporate policies and practices that are pertinent to the inclusivity of Black employees and establish an Equality Index Score. “You have to be willing to hire different kinds of people who will challenge you,” she says, “And that could mean totally revamping your hiring practices.” In her thought-provoking talks, Peoples walks audiences through the components of this index and flags practices such as referral hiring, only hiring within your industry, only hiring people of color that “won’t speak out too much” and others that can derail any organization’s D&I efforts. She also provides actionable steps to increase inclusivity and make employees of color feel truly seen and heard.

For Peoples, the harsh reality is that there isn’t someone who looks like her that she can look up to, but what she has found often by being the only black person and only woman in the room, is a way to encourage and empower young women. "As someone who has been to all the conferences and read all the typical advice of leaning in, I know all too well how hard it can be if you don’t come from a wealthy background, or have the right connections to truly make an impact as badly as you want to," Peoples says. Sharing her experience from being the only black female editor-in-chief in the United States, to running a multi-million-dollar brand, Peoples provides honest and authentic advice that has not only inspired women and women of color, but gives them the tools and resources to take action.

Inclusivity at the Forefront

Diversity has become a buzzword that is too often thrown around and used to check a box, but inclusivity, really digging deep to make sure that people are included and thought of and considered on every level takes real effort. Peoples likes to deep delve into ways brands, companies, and schools can take a different approach to inclusivity, and find ways to not only allow people to the party as they say, but ask them to dance and truly feel like they have a seat at the table that allows them to use their voice.

The State of Fashion & Beauty

The fashion industry is ever-changing, but there are few people at the helm that understand what it takes to break through the noise in the fashion and beauty spaces like Peoples. From giving guidance to young students and people trying to break into fashion and beauty, to informing brands and employers on what people are actually looking for from everything to resonating with individuals on social media, to hiring.

Understanding the How to Reach Gen Z Audiences

As the former Editor-in-Chief of Teen Vogue, Lindsay Peoples prioritizes making young people feel seen and heard, with an audience of readers that starts at the age of 12. Most Gen Z young people, anyone born from 1997 to now, is entering a new world of everything from technology to politics. The mistake people have made is thinking that young people are the future, but Peoples understands that young people are the present and should be valued as such. “We’ve seen everyone from Greta Thunberg to Emma Gonzalez to Malala Yousafzai change the world. It’s about time older audiences took the voices of young people seriously, and listen to what they have to say,” says Peoples.

"Lindsay was great! I received positive feedback all around about how her remarks resonated with our employees. She was inspiring, honest and a wonderful speaker on women's and diversity topics. Please send her our sincere thanks and gratitude for her time for this program, and a warm thank you to you as well for all your coordination. Been great working with you!"

"The call with Lindsay was amazing! She really exceeded our expectations. She stayed on for an extra 15 minutes to answer everyone's questions that she had great responses to."

“It was such a pleasure to speak with Lindsay last night and I am so grateful to you and to her for making it such a successful event. She is doing such exciting and important work and it was wonderful to get to hear about it directly.”

"We were more than pleased with Lindsay as our Spring Guest Speaker! She shared important and insightful information about her personal experiences as well as how diversity is handled in day to day life. Our students have responded with feedback about how relatable Lindsay was and their overall enjoyment of the lecture and our Q&A! She has sparked more conversations in the TCNJ Community, thank you for assisting me in the facilitation of this event!"

- The College of New Jersey

"We had faith you'd be great but we could not have imagined what you did for us. The fire you ignited in our members has changed the trajectory of what's possible in our group. From the bottom of our hearts, Thank You for all you continue to do in this world. PS - if this is you in your 20s, I can't wait to witness the next decade!"

"Lindsay was absolutely fantastic. She’s a natural and really took her time to share her story. We received many positive messages from students during and after her presentation. She also answered a lot of questions and did not sugar coat any responses. It was such a pleasure to meet her and thank you for organizing all the logistics."

Teen Vogue’s editor is a rarity in the fashion world. She keeps it real on Instagram. 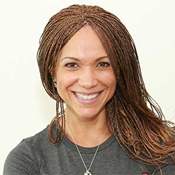