Magie, whose birth name is Magdalena de la Cruz cook Garcia, is a Latino businesswoman who was born in an orphanage in Mexico. She grew up in poverty along with 68 brothers and sisters. She missed her opportunity to play basketball for the Mexican national team because she broke her collarbone. Shortly after, she immigrated to the US on a basketball scholarship at the University of Charleston. After obtaining her college degree, she became homeless and lived on the streets. In 2004, she entered a Fresh Salsa competition for the state of West Virginia and won unanimously. Read More >

She started her company with $800 and created Maggie’s All-Natural Fresh Salsa’s and Dip’s, a company that grew into a multi-million-dollar business within four years and distributed products across 38 states to major supermarkets such as Walmart, Sam's Club, Whole Foods, and more. In 2015, Maggie's sold to Campbell’s. She went back to Mexico and rescued 31 orphan children from a drug cartel. She started a movement with an idea to solve the generational problem of human (sex) trafficking. In 2019 she began working with the AOF Hollywood Dreams International Film Festival to make a feature film about her story.

Over the past 11 years, she has spoken at multiple corporate, educational and religious institutions and has been featured in numerous magazines, radio stations, newspapers, and journals. Read Less ^

Great leadership thinkers think ‘outside the box’. Their #1 secret is emotional intelligence. They lead on the front line, they test and implement new ideas, and if something doesn’t work, they persevere and change their approach 1000 times+ until they achieve their ultimate outcomes. Great leaders are servants, and they delight in the impact they’ve had on a person, even after they’ve moved on to other new ventures.

Magie shares what it takes to create a shift in mentality for success, knowing and understanding your ‘why’ and building a road map to achieving your full potential. She uses psychology, language, perspective and shares her life experiences. If leadership and teams understand their full potential, they will be better people, more productive, more creative, more responsible, better leaders, deliver better customer service, take personal responsibility for moving their work for their organizations and their clients.

Magie’s Mindfulness Insights in the workplace improves team trust, productivity, accountability, performance, and culture excellence. Her experience building companies and teams from the ground and up has made her an expert in this field. She shares life experiences as successes in implementing these Principles.

"Home run!!! GOOD JOB!!! You knocked it out of the park … Thank you. I am so glad that we had you today. You connected with us on so many levels."

"Was Magie not AMAZING?! We had to take a stand for her."

"She brought down at the house today at the seminar. Everyone absolutely loved it and raved about it. EVERYONE!"

"She is passionate, humble, engaging. She was by far, the highlight of our day!"

Mindful Success: How To Use Your Mind To Transform Your Life 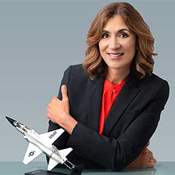 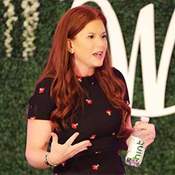