Matt Roloff translated a knack for entrepreneurship at an early age into a successful 25-year career in high-tech sales, product development, and service. He was a top performer for companies such as National Semiconductor, Altos Computer Systems, Sequent Systems, and AMDOCS. With natural people skills and an insatiable drive for achievement, he also became a mentor, trainer, and adviser to colleagues in his field. Away from this work, Roloff made time to build a profitable farm that is well known in the area for crops of peaches and pumpkins. Read More >

Roloff is the author of two books: Against Tall Odds, an autobiography chronicling his business successes and challenges as a little person; and Little Family, Big Values, an inspirational look at his life and family. He has spoken to hundreds of audiences, motivating individuals to overcome challenges and achieve their dreams. Clients have ranged from Tyson Foods and Wal-Mart to Indiana University and the South Dakota Governor’s Conference.

Roloff is the past President of Little People of America, the national advocacy organization for people with dwarfism. He co-founded and serves as the president of the Coalition for Dwarf Advocacy. It’s a non-profit organization that advocates for individuals with short stature in areas such as medicine, vocation, education, adoption, and public accommodations. He has embarked on several international humanitarian tours and trips to support American troops overseas.

Roloff’s most inspiring success has been to overcome the challenges imposed on him by diastrophic dysplasia, a rare form of dwarfism. Even while undergoing countless surgeries as a child, he showed a remarkable level of resiliency and zest for life. It seemed that the more times he was told that he couldn’t do something, the more committed he was to meet that challenge. As a man of only four feet in height who requires crutches to get around, he ignores limitations and always thinks big. His philosophy has always been: “I may not be able to take the traditional avenues to reach goals, but with persistence and creativity I’ll find a way to succeed.” His belief about our ability to “find a way” is at the heart of his motivational speaking. He is thrilled to have the opportunity to inspire others with a call to action so they start working toward their dreams.

A devoted husband to his wife Amy, and father of children Jeremy, Molly, Zachary and Jacob, Roloff’s family, faith, and sense of purpose are at the center of his life. He and his family may be best known for their hit TV series Little People, Big World, on Discovery/The Learning Channel. The five years and 200+ episodes have revealed his and his family’s extraordinary life in Oregon to tens of millions of viewers worldwide. Roloff’s life experiences have led to appearances on Oprah, The View, Good Morning America, The Bonny Hunt Show, and the Rachel Ray Show. He has been interviewed by CNN, Fox News, The New York Times, People, and countless other media outlets. Read Less ^

How to Live an Extraordinary Life

Motivational speaker Matt Roloff focuses on remaining true to yourself and thinking big to achieve your potential despite any physical, emotional, or social challenge. He helps individuals look inward to discover and leverage the traits that can spark lasting inspiration. He provides practical advice he has used over the years to launch your audience on their journey to an extraordinary life.

The Power of Diversity & Inclusion

Based on Matt Roloff’s experience as a child and adult with dwarfism, he shares stories about thriving in life and building positive relationships with others along the way. His messages include the importance of self-respect, honest communication, and acceptance of others. Youth and adults will be inspired to embrace differences to build a better community… and a better world.

Everyone must overcome hurdles to reach their potential. Matt Roloff recounts stories about how he has overcome his greatest challenges. He outlines his best strategies for “finding a way forward,” which often means taking unconventional paths to reach goals. He provides plenty of examples of how to use creative problem solving skills and have the courage to take risks in life. He invites audiences to share their stories and helps them begin to devise plans to break through the barriers they face.

In a presentation filled with touching stories and humorous anecdotes, that’s geared especially for youth, Matt Roloff talks about his childhood and how he bounced back from health issues, prejudice, and failure. It’s a talk that inspires youth to retain their optimism and dreams no matter what life throws their way. He turns the focus on your audience by devoting extra time for questions and answers. This results in a highly productive discussion with audience members about the issues they face every day.

Planting the Seeds of Success

The future of farming has never been more important a topic and many farms have embraced “agritainment” as part of their business models. Matt Roloff shares his experience as a successful farmer who uses public outreach and innovative marketing efforts to improve his bottom line. This workshop-style presentation sparks your audience to devise new ways to increase revenues, diversify business, and build more visible platforms in their communities. Roloff facilitates an interactive brainstorming session to address topics posed by your audience so they walk away with ideas to put into practice.

Little Family, Big Values: Lessons in Love, Respect, and Understanding for Families of Any Size 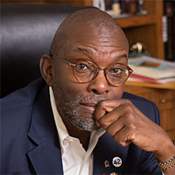