In August, 2006, Ted Childs retired from IBM after a distinguished 39-year career as a member of their corporate Human Resources team. Upon retiring, he founded Ted Childs®, LLC. The role of Ted Childs® LLC is to serve as a global “Strategic Diversity Advisor” to Senior Management and a client’s Workforce Diversity team. Read More >

While at IBM, Ted held a variety of human resource assignments, including fifteen years of executive responsibility for global workforce diversity programs and policies. In addition, Ted served as Executive Assistant to Dr. Benjamin L. Hooks, Executive Director of the NAACP, on an IBM Social Service Leave from March 1982 to September 1983. Ted is a graduate of West Virginia State University, a past member and president of the University’s Foundation, and a life member of the West Virginia State University National Alumni Association.

In December 1989, Ted was appointed by Governor Mario Cuomo to the New York State Governor’s Advisory Council on Child Care. In 1992, Ted was named co-chair of the National Council of Jewish Women’s Work Family Advisory Board, and presented with their Founder’s Award for commitment to quality of life issues for U.S. families.

In 1995, Ted was appointed as an official delegate to the 1995 White House Conference on Aging. In 1996, Ted was invited by Vice President Albert Gore to serve on the eight-person planning team for the 1996 Family Reunion “V” that the Vice President and Mrs. Gore hosted in Nashville, Tennessee. In 1997, Ted was named by Working Mother Magazine as one of the 25 Men Friends of the Family who have made it easier for working parents to raise and nurture children. Also in 1997, U.S. Treasury Secretary, Robert E. Rubin appointed Ted as an advisor to the Secretary’s Working Group on Child Care. In November 2006, the U.S. Embassy in the Hague and the Leadership Conference on Civil Rights Education Fund convened “Diversity Dialogue - Sharing Ideas, Building Bridges: A Dutch - US Muslim Dialogue.” Ted was the U.S. business representative / speaker at this event. In 2007, the National Council of Disability submitted to President Bush its report, “Empowerment for Americans with Disabilities: Breaking Barriers to Careers and Full Employment.” Ted chaired the Business Advisory Council component of the national team that prepared the report.

In 1998, The National Association of Child Care Resource and Referral Agencies presented Ms. Joan Lombardi, Deputy Assistant Secretary, U.S. Department of Health and Human Services, U.S. Senators Ted Kennedy and Orrin Hatch and Ted with its Lifetime Achievement Award. In March of 2000, Ted received the Diversity Awards 2000 for Excellence in Diversity in the Corporate Sector from Working Mother Magazine. In 2003, the Human Rights Campaign presented IBM and Ted with its Corporate Leadership Award. In 2004, The Families and Work Institute presented Ted with its Work/Life Legacy Award. In 2006, Ted received the Trailblazers in Diversity Award from the Chief Diversity Officer’s Forum, sponsored by Bennett College; and, Working Mother Media announced The Ted Childs Life / Work Excellence Award to be given annually to the individual who by their distinctive performance has contributed to the field of Life / Work in the business community. In 2011, Ted received the “Omega Century Award of Excellence” by Omega Psi Phi Fraternity, Inc. Ted was also the third recipient of “The Captain Charlie Tomkins Award”. This is a civilian award given by the United States Navy recognizing all of his contributions to the Navy that have made it a better place for all naval personnel.

In 2009, Ted delivered the keynote address for the Danish Institute for Human Rights Awards Ceremony in Denmark; and one of the two keynotes at the Third European Community Equality Summit in Stockholm, Sweden.

In May of 2014, Ted was inducted into the HistoryMakers, the nation’s largest African-American video, oral history collection. In January, 2017, Ted was honored with the “Guys Who Get it Award” by the Institute for Women’s Leadership.

In May, 2017, Ted was recognized at the 25th Anniversary Tanenbaum Annual Awards Gala with the Inspiration Award recognizing his support of Tanenbaum and their work in addressing religious diversity in the workplace.

Ted is a member of the Executive Leadership Council (ELC); The Families and Work Institute Board of Directors, and was installed as a Fellow in The National Academy of Human Resources in 2001. Ted has received Honorary Doctorate of Humane Letters Degrees from Pace University (2001), West Virginia State University (2003), and Our Lady of the Elms College (2005). Ted holds life memberships in the National Association of African Americans in Human Resources, The National Council of Negro Women, Inc., The National Organization of Women (NOW), Omega Psi Phi Fraternity, Inc., the NAACP, the Sierra Club, and the Bass Anglers Sportsmen Society. Read Less ^

The Diversity Imperative: Strategies for Success

What Makes a CEO a Great Leader?

Pursuing What Is Possible: The Importance of Workplace Flexibility

In this keynote speech, workplace diversity speaker Ted Childs weighs on in the critical national/global dialogue on workplace flexibility. Boiling the dialogue down to its importance in keeping corporations competitive, Childs explains how workplace flexibility impacts attracting and retaining talent; how work gets done and how talent delivers business results; how we win on the economic battlefield; and, ultimately, quality of life. Most importantly, Childs explains, this dialogue is about leadership: Can we create workplaces where our best and brightest people, our core business assets, can give their best each day, at the highest levels of productivity, morale, and retention? Explaining that it is necessary to not only compete in business but to win, Childs encourages corporations to ask themselves what is possible and seek game-changing solutions. The old ways of conducting business are not enough: the time for change is now.

The Link Between Diversity & Global Competitiveness

As a leading corporate diversity expert, Ted Childs understands the importance of embracing diversity and the advantage it provides in the war for talent and an increasingly competitive global marketplace. To achieve maximum potential, we must pay attention to changing demographics and emerging issues, and embrace them as opportunities for growth. Childs will clarify the definitions associated with diversity and inclusion, explore the global environment, including the marketplace, look at external recognition as a subject matter influence, share his diversity and inclusion “global mega-trends,” and close with commentary about leadership as a tool for integrating diversity and inclusion into the DNA of today’s business leader.

Go Global, Go Diverse, Get Ahead

The Business Case for Diversity

The Promise of Diversity & Changes in the American Marketplace

The Diversity Imperative: Strategies for Success in the Global Workplace

"The feedback was very positive! He was terrific! [We were] proud to have him. Everything went perfectly as planned. He was very, very well received! Thanks!"

"Ted was fantastic as always. The audience loved his candor and he provided good, sound, and practical advice."

"Ted Childs was EXCELLENT! He received a standing ovation following his remarks. He expanded his group of followers!" 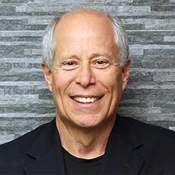