An Oscar nominee and Golden Globe winner for her role in Agnes of God, Meg Tilly is a multi-talented actress as well as a best-selling author of several adult novels including Gemma and Singing Songs. Tilly has recently revealed that both books, which deal with dysfunctional family violence and abuse, are autobiographical stories about her own abuse growing up. Critics everywhere, from The New York Times to The Palm Beach Post, have hailed her as a talented writer with impressive storytelling skills. Read More >

Her best-selling young adult book, Porcupine, was short-listed for several YA literary awards. The novel chronicles how a young girl copes when her father is killed in the peacekeeping efforts in Afghanistan. She also wrote First Time, a reluctant reader for teens, about a 16-year-old girl who fends off unwanted advances from her mom’s new boyfriend. Tilly is currently writing a middle-grade novel entitled A Taste of Heaven.

Tilly spent much of her childhood in rural British Columbia. After graduating from high school, she moved to New York City to study ballet with such luminaries as Gabriella Taub Darvash and Melissa Hayden and was a featured dancer in the movie Fame.

After seriously injuring her back, Tilly quit dancing. She moved to Los Angeles to become an actress and starred in over 20 films, including Tex, One Dark Night, Psycho 2, The Big Chill, Impulse, Agnes of God, Off Beat, Masquerade, Girl on a Swing, Valmont, The Two Jakes, Body Snatchers, Leaving Normal, and Sleep with Me. On a career high note, she received a Golden Globe and was nominated for an Oscar for her role as the disturbed nun in Agnes of God.

Tilly eventually moved to Canada, and has taken a break from acting to focus on raising her two sons and daughter and to develop her writing. Read Less ^

On the Warren Report

The Healing Power of Love 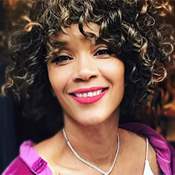