A renowned thespian and one of the most captivating stars of ABC’s hit series Lost, Michael Emerson is a 2009 Emmy Award winner for Best Supporting Actor in a Drama Series, a 2010 Golden Globe nominee for Best Performance by an Actor in a Supporting Role in a Series, Mini-Series, or Motion Picture Made for Television, and a 2010 Emmy Award nominee for Best Supporting Actor in a Drama Series. Recently named by Variety as “one of the greatest villains in television history,” Emerson held Lost’s inexplicable answers close for his five-season tenure on the hit series. During its six-season run, Lost became a national phenomenon igniting the return of intelligent and in-depth television. Read More >

Emerson played the deceitful ex-leader of the Others, “Benjamin Linus,” who believed he had the island’s best interests in mind. Unclear where his intentions truly lay, “Ben Linus” played a critical role in the plotline, keeping viewers at the edge of their seats as he complicated the traditional role of good guy/bad guy. Fans and critics agree that Emerson is one of the most talented actors on television today. Married to Carrie Preston, who stars as “Arlene Fowler” on HBO’s #1 hit series True Blood, the two are making waves as one of television’s most successful power couples.

Currently, Emerson stars as Harold Finch on CBS’ hit show Person of Interest. He plays a billionaire software-genius who creates a Machine for the government that is designed to detect acts of terror before they can happen, by monitoring the entire world through every cell-phone, email and surveillance camera.

Emerson was raised in a small farming community in Iowa and fell in love with theater while watching a high school production of “Arsenic and Old Lace.” His first public success was in the role of a Swedish lumberjack at the state speech and debate competition (humorous declamation division). He attended Drake University on a scholarship, majoring in theater, where his slight frame and piercing voice allowed him to specialize in the playing of old men and eccentrics.

After graduation, Emerson moved from Des Moines to New York, where he struggled to find the path to a professional acting career. Desperate to find any creative line of work, he took classes and began work as a magazine illustrator – a craft he pursued for many years with work published in The Boston Globe and The New York Times. But drawing pictures wasn’t as exciting as performing and Emerson often meditated on his deferred dream. Fortunately, a period of romantic dislocation intervened and he woke one day to find himself in Jacksonville, Fla., auditioning for a production of “Othello.” Pleased to have found his calling again, Emerson spent the next five years doing plays in various Southern capitals, supplementing his income with work as a landscaper, carpenter, teacher, and director.

Finally, weary of the gypsy life and desiring more classical training, he applied to the MFA program at the Alabama Shakespeare Festival in Montgomery. There, doing a production of “Hamlet,” he met Carrie Preston – his future wife. Preston lived in New York, and Emerson once again found himself heading to the Big Apple. After a slow start, he got his break as the lead in Moises Kaufman’s “Gross Indecency,” which was acclaimed on both coasts. His portrayal of Oscar Wilde caught the attention of casting directors and he has since appeared in several projects for both stage and screen. Emerson has made a name for himself portraying villains who are, as he puts it, “misunderstood.”

Emerson made his Broadway debut in 1999 in “The Iceman Cometh,” sharing a dressing room with Kevin Spacey, Tony Danza, and Paul Giamatti. Later he would appear in “Hedda Gabler” opposite Kate Burton. Many period and language plays have drawn him to Off Broadway and regional stages since then.

Emerson arrived on the TV screen in the form of serial killer “William Hinks” on ABC’s The Practice, winning a 2001 Emmy Award for Best Guest Performance in a Dramatic Series, and has since appeared on Law & Order, The X-Files, Without a Trace, and the HBO movie The Laramie Project. For movies, he is most often recognized for his roles in Saw, The Legend of Zorro, The Imposters, and Straight Jacket. In 2008, he received critical acclaim for his role in Ready? OK!, a story of a gay teen’s struggle for acceptance by his family and community.

Get 'Lost' With Michael Emerson

Enjoy an evening with Michael Emerson, the creative force behind “Benjamin Linus,” Lost’s wily, manipulative villain. In this captivating presentation, Emerson discusses his five-season stint on the monumental series, and opens the conversation up to lively Q&A with the audience. Now’s your chance to have your burning Lost questions answered!

There was a time when Emmy Award-winning character actor Michael Emerson wasn’t sure he’d ever make it in show business. After struggling to find success as an actor in New York City, Emerson reluctantly abandoned his dream, and it wasn’t until his early 40s that he landed his first important role in The Big Apple as the title role in the play “Gross Indecency: The Three Trials of Oscar Wilde.” Now a recognizable face thanks to his work in Lost, Saw, and The Legend of Zorro, Emerson presents his own personal photos in a lighthearted, optimistic presentation that highlights his unconventional path to success as an actor. 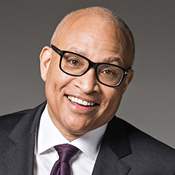